Remember the claim that Malaysia may soon legalise medical weed? And even a move to conditionally allow peeps to grow their own ganja? Good news (erm, sorta) for those peeps who wanna and don’t wanna be burnin’ marijuana (yeah, different names for cannabis).. Jeram assemblyman Mohd Shaid Rosli recently made a proposal to the Selangor state assembly to make Selangor the biggest ganja producer in the world! Most of us would recognise this leaf, right? Image from Kompas.

He gave some reasons why he thinks Selangor can do this, including Kuala Selangor‘s designation as an agricultural hub and how lucrative it is..

Ganja brings in RM9 million a year… one acre with three harvests can get you RM9 million a year. If Selangor can produce (ganja) across more than 100 acres, we will be the world’s biggest (ganja) producer.” – Shaid explained.

Can cannabis generate higher profits than the world’s most productive oil crop?

Around the world, cannabis generally brings a lot more returns than any other crop. InformationIsBeautiful.net analysed some United Nations (UN) data on the profitability of crops in the USA and found that cannabis could bring in the most profit at $47,660,000 per km2.

NewFrontierData also analysed some data from the United States Dept of Agriculture (USDA) on the comparative yield per acre for grains and cannabis… and found that an acre of cannabis alone could generate $1,120,100, unlike corn which came second to cannabis with a mere $644.64 per acre. A little closer to home, China could get at least 10,000 yuan (US$1,500) from harvesting and trading one hectare of cannabis hemp, versus the equivalent amount of corn generating a few thousand yuan.

When Shaid explained the profitability of cannabis, instead of grains, veggies and fruits, he made a similar comparison using palm oil, which is reportedly the world’s most productive oil crop according to nature.com, backed by this statement from Conversation International Blog: We tried to see for ourselves if what Shaid said about profiting more from cannabis than palm oil is true onot. But, maybe because cannabis business success is reportedly hard to measure, we couldn’t find stats about returns on investments or profits of each crop per hectare (or acre) in Malaysia particularly.

So we had to do some math to get the rough revenue per acre per month (using limited sources, assuming that the same values apply worldwide and ignoring possible differences in farming methods), using the following formula:

Number of plants of each crop per acre = 850 potted plants as an example.

Yield per plant = 10 pounds per plant, according to Weed News.

Duration for each plant to mature (this is where palm oil really lose kowkow) = 4 YEARS!, according to Golden Agri-Resources. Not really needed in the calculation since the duration aspect has been included in the yield figure. But imagine having to wait for 4 years just for your palm tree to start bearing fruit for harvest.

So, from our rough calculation, the winner is…

…since Cannabis’ rough revenue is about 23,107 times HIGHER than palm oil’s rough revenue! This means that we could confirm, to an uncertain extent, that Shaid’s statement is true. That’s if it’s legalised. But does legalising cannabis mean that more of it is gonna be used?

Legality could boost consumption but the black market still dominates

We couldn’t find specific info on whether legalising cannabis in Malaysia will encourage its circulation in the economy but we could check what it’s like globally.

So we tried checking the 2018 Cannabis Price Index for whether legality affected prices and consumption, and noticed that illegal cannabis is generally more expensive. This means that legal cannabis is likely to be cheaper, and thus, has higher consumption. Luring cannabis buyers from illegal sellers to legal sellers may be tough for several reasons, such as the restrictions on minimum age of buyers and unavailability of diverse cannabis-based products like cannabis-infused foods and drinks. These factors would encourage the buyers to still keep in touch with the illegal sellers. 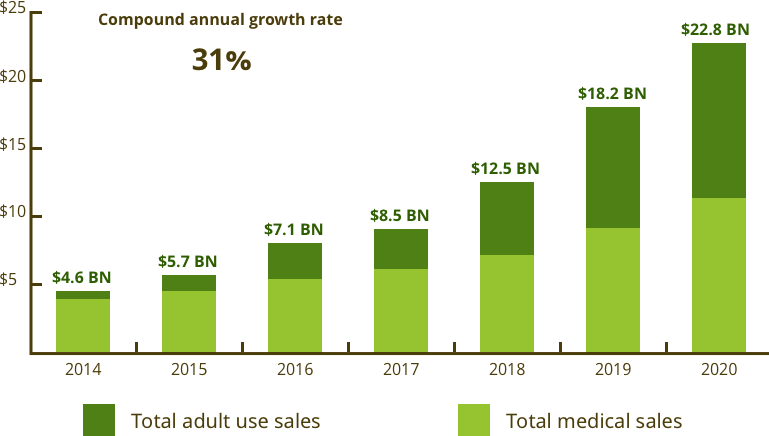 The trend for the legal weed market. Image from Medium.

Even if the Malaysian govt could do the same by legalising cannabis (and eventually monopolise it?), it’s uncertain if our country is ready to legalise it and proceed with Shaid’s proposal.

We may have some land and the right climate for growing.. But are we warming up to the idea?

Shaid might not be wrong about our capability to produce cannabis since we have the perfect climate for it. According to Cannabis.info, cannabis plants grow best at temperatures between 20oC  and 30oC during the day, and our country’s temperatures are usually around there, so can lah. We’ve written about the growing call for legalisation of medical cannabis in one of our previous articles and while it reflects that there are groups of people in Malaysia who are in favour of legalisation, reactions to Shaid’s proposal seem to have proven that there’s also a little skepticism.

Selangor Mentri Besar Amirudin Shari pointed out that cannabis is still classified as dangerous in Malaysia while Paya Jaras assemblyman Khairuddin Othman claimed that Malaysians are normally not good at handling dangerous items like fireworks, implying that the rakyat might misuse cannabis. Hmmm maybe the whole “dadah membawa padah” campaigns in schools have worked after all. 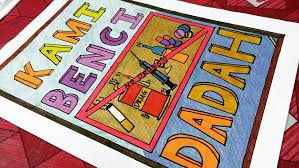 Meanwhile, Deputy Health Minister Dr Lee Boon Chye said that a detailed study on cultivating cannabis for medical and export purposes must be done first, adding that research was already being done on cannabis hemp for agricultural and industrial purposes. But he didn’t mention whether the study should include Malaysians’ ability (or inability) to handle dangerous items.

And perhaps, another reason to give the govt more time to consider Shaid’s proposal is that, almost 2 months after Dr Lee told drug companies to provide their own evidence on their cannabis’ effectiveness and safety if they wanna get the approval to use it, no company has so far come forward.

Oh well… Even if Malaysia doesn’t legalise weed yet, other countries where weed is legalised like Canada and our neighbour Thailand could be our potential customers as the international legal weed market might be booming. With the whole world starting to demand for legitimate sources of weed, perhaps there’s a reason not to just let Shaid’s proposal go up in smoke.