Before GE14, you probably would have spotted a headline like this:

If you’re someone who drives frequently, you’ll probly feel excited about this, right? Like yay, no need to pay toll, can save money for holiday. BUT, as the new govt took place, just few months the line they’ve postponed plans to abolish tolls until its financial position recovers since doing it in one go costs RM400 billion!

Aw, shucks. This kinda sucks! But as everyone – even us on Cilisos – daydreams about wrecking tolls, let us point out that…

Tolls have been abolished before. Many, many times before.

Yeah, you heard that right. Some toll booths have stopped operating ady. The most recent case was the ending of toll charges for the KL-Seremban and Salak highways from June this year (under our new govt) thanks to the end of the toll concessions there. The Malaysian Highway Authority (LLM) stated that the end of the concession period for these highways resulted in a reduced toll rate at the Sungai Besi toll plaza.

Before that, tolls at Batu Tiga, Sungai Rasau, Bukit Kayu Hitam and the Eastern Dispersal Link closed shop from the moment people were welcoming 2018 with countdowns and fireworks (under our old govt). These tolls were then demolished in late March. These tolls were removed because the old gomen wanted to reduce the living cost. Even in 2011, the Metramac Highway tolls (Cheras and PJ) and the tolls for the Salak to Taman Connaught stretch of the East-West Link Expressway were abolished after a toll restructuring proposal.

“Now, tolls at Batu Tiga, Sungai Rasau, Bukit Kayu Hitam and the Eastern Dispersal Link have also been abolished. Wherever I can, I will abolish them, because I don’t think it’s good.” – said ex-PM Najib, who was also thinking of abolishing more tolls in the near future if he were to still be in power (but he’s not).

Because these tolls were abolished, people were so happy-happy about it that some of them even took selfies at the toll plazas after paying there for the last time. Or posed for photos. Image from NST.

But… when something’s free, someone else will have to pay a price for it. In this case, the ones who might lose out from the toll abolition are the concessionaires. They’re the ones who run the toll business and one of them is PLUS, which has 5 concessions containing several highways like the North-South Expressway and Penang Bridge.

But an industry expert told The Malaysian Reserve (TMR) last year that the abolition of the tolls mentioned wouldn’t affect PLUS so much as it would be compensated by the govt, either with cash or a concession extension elsewhere. Obviously, the toll abolition resulted in a lower total toll revenue. But because PLUS has so many tolls, the said abolished tolls make up a tiny part of the total, so PLUS is still okay lor.

“The terminated toll collection points are also possibly recording small flows compared to the bulk of PLUS’ operations, so with adjustments elsewhere, the losses to be incurred will be made up for or minimised,” – said the expert.

But how about now when the current govt is burdened with debt? Additionally, there are also some surprising problems that come with abolishing the tolls.

NAH, BACA:
Like Malaysia, Belgium had no government in 2010. This is what happened to them.

Turns out, abolishing tolls can… pollute the air?!

We’ll get to that in just a bit.

Deputy Finance Minister Datuk Amiruddin Hamzah said that abolishing tolls should be done in stages. He supports the abolition since it might be great for the country’s economy, especially in terms of living costs. TA Securities Holdings Bhd head of research Kaladher Govindan echoes Amiruddin’s views and added that it reduces transport costs for businesses.

“[Abolishing tolls] should lower operating cost for businesses, which will lower prices of goods and services along the supply chain and contribute to higher corporate profits in the long run,”- Kaladher told The Edge Financial Daily.

But Amiruddin pointed out that compensation to concessionaires should be considered before making any decisions. As most of us would recognise, the largest toll road concessionaire is PLUS. Other notable concessionaires include (but are not limited to) Litrak, IJM Corp and Maju Expressways. How the rakyat feels. Image from another CILISOS article.

Plus, Dr Lim adds that abolishing tolls only encourages people to use cars more and more, which burns into people’s bank accounts due to purchase, servicing, maintenance, fuel, insurance and depreciation. It also pollutes the air further. You know how it goes with cars and air pollution. More cars, more fuel burning, more harmful gas emissions, so more damage to the air we breathe. 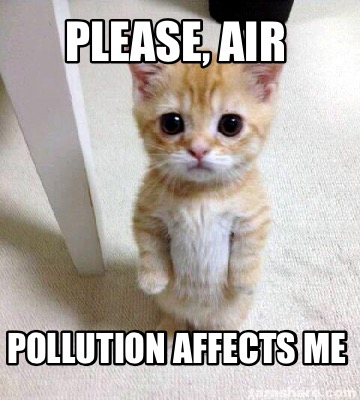 So, must reduce cars lor. Image from Meme Creator.

This is why some people, including Dr Lim, think that it would make more sense for the govt to collect tolls and use the toll revenue to subsidise the improvement of public transport, instead of abolishing tolls altogether. But even if there was no public transport involved, well, good luck figuring out how else the govt can maintain the highways without toll revenue.

Unfortunately, this compromises the fulfillment of one of Pakatan’s promises

Sure, it does. And it’s not surprising that some people have thrown shade at our new govt for not fulfilling its promise of abolishing tolls. One of them is, apparently, ex-PM Najib. “This is what happens when promises are not made sincerely for the rakyat but just because you are greedy for power,” he said in a Facebook post.

So how now brown cow? We mentioned earlier that Baru Bian said that the govt is looking for alternatives to abolishing tolls. When the new govt asked the concessionaires for proposals in the middle of this year, one of the plans being considered is reducing toll rates by 30-40% and charging higher rates during peak hours.

A foreign-based fund manager told The Edge that there may be 3 possible scenarios for how the new govt deals with the issue.

The fund manager also suggested that the govt learns from Singapore’s toll model, where the govt owns all highways and charges reasonable toll rates to cover costs, manage traffic and maintain the roads. While the govt decides what to do next, maaaybe don’t go throwing away your TouchNGo cards yet 🙂