Recently, at a Malaysia Day event in Bintulu, PAS President Hadi Awang made some controversial comments regarding an alleged ‘plot’ by DAP to allow the Chinese to take over Sarawak’s economy:

“In the end, the United Nations held a survey and the majority of Malays and Orang Asal agreed to join Malaysia… Many Chinese supported the communists – this I must state…. In the end, Sabah and Sarawak were governed under Malaysia and (its formation) was postponed to Sept 16 due to the survey. It was originally supposed to be Aug 31.” – Hadi Awang, PAS President Now, for those of you who paid attention in Sejarah class, you will remember that the Cobbold Commission of 1962 (which the UN had signed off on) was formed to conduct surveys in the region to determine if the people of North Borneo (now Sabah) and Sarawak were on board with the idea of the creation of the Federation of Malaysia.

But we gotta admit, this was the first time we’ve heard of this UN survey being the very reason why Malaysia Day is separate from Merdeka Day. Maybe it’s just us being ignorant Peninsular Malaysians (sorry Sabah and Sarawak :/), but we decided to make it right, and learn more about this UN survey.

However, as we dug deeper, we found the topic to be wayyy more complicated than we initially thought, so hopefully we did this story justice… *crosses fingers*

Ok, we’ve talked about this before, but just to get the record straight:

*Note: We put ‘merdeka’ in quotes because officially, they were given ‘self-governance’ (independence from British rule) on these dates, and not outright ‘independence’, as they had both signed on to the Malaysia Agreement, and hence had bound themselves to the yet-unborn Malaysia. The topic is a tricky one, and we won’t go into it now, but you can read more about it here.) A Sabahan newspaper celebrates Sabah’s merdeka from the Brits on 31 Aug 1963. Image from LadyMariah

After both Sabah and Sarawak got their ‘independence’ from the British, a new nation called ‘Malaysia’ (comprising Malaya, Singapore, Brunei, Sabah, and Sarawak) was about to be officially formed on the 31st of August 1963, as part of the Malaysia Agreement 1963 (MA63). Then, everything changed when the  Indonesians attacked…

Both Indonesia and the Philippines had objected to the formation of Malaysia, because:

Because of this, the governments of Malaya, Indonesia, and the Philippines requested for the United Nations to conduct a survey on whether the people of Sabah and Sarawak actually agreed to be a part of Malaysia or not. And thus, the UN stepped in and the initially-agreed-upon date of 31st August was put on hold to give the UN mission time to complete their, um, mission.

“Approval to form Malaysia was obtained on 31 August 1963. However, the establishment of Malaysia which was planned on that date had to be postponed due to the fact that the United Nations Secretary reports can only be completed on 14 Sept 1963,” – National Archives of Malaysia

Eventually, as the UN fellas did the survey, the Malayan govt together with British blessings announced that – assuming the survey’s results all went well – the new nation of Malaysia would be formed on the 16th of Sept 1963.

The survey, called the United Nations Malaysia Mission, made up of 9 members and headed by a guy called Laurence V. Michelmore, was divided into two groups: one for Sabah, and one for Sarawak. Their findings and final report was then submitted to the then-UN Secretary General U-Thant on the 10th of Sept 1963, who finally made public his conclusions four days later on the 14th, just in time for Malaysia Day. Screenshot of the UN Sec-Gen’s press release dated for 14 Sept 1963, from UN Archives

“I believe that the majority of them have concluded that they wish to bring their dependent status to an end and to realize their independence through freely chosen association with other peoples in their region with whom they feel ties of ethnic association, heritage, language, religion, culture, economic relationship, and ideals and objectives.

Additionally, he found that there was ‘little evidence of articulate and organised opposition to the Federation.’ U-Thant’s statement also noted from the survey’s results the majority of people in Sabah and Sarawak weren’t just coaxed into the idea of Malaysia, but instead that they have ‘given serious and thoughtful consideration to their future’.

Mission accomplished, and Malaysia, after a roughly two week delay, was finally allowed to be born on 16th September 1963, Malaysia Day. The Malaysia Day proclamation in what was then known as Jesselton, Sabah, 1963  Image from Wikipedia

But wait! What about Hadi’s Sarawakian Chinese communist claim?

Well, he was *kinda, sorta* right about that, but not really at the same time.

See, the UN mission seemingly didn’t really do much to change the minds of either the Philippines nor the Indonesians, but they both dealt with it in their own ways: the Philippines only gave us the silent treatment to the point where they even closed their embassy in Kuala Lumpur later that year, while Indonesia chose the way of violence, allegedly using our own people against us.

“You are mineeeee.” Image from: GIPHY

Now, we couldn’t find the exact percentage of the Chinese population who opposed the merger, but according to one Singaporean professor, there were indeed at least some Chinese in Sarawak who were aligned with Indonesian communists:

“Thousands of disgruntled Chinese youths from Sarawak were trained by the Indonesians and sent into different parts of Borneo and Malaysia to begin an armed insurrection.” – Kevin YL Tan, ‘Singapore In The Early Years’

These Malaysian communists formed the Borneo equivalent of the Malayan Communist Party, called the Sarawak Communist Organisation (SCO), and while it was made up of mostly Chinese, they also had some Dayak supporters. So yes, while there were Chinese communist sympathisers in Sarawak at the time, they weren’t the only ones la. Plus, in the bigger scheme of things, they might’ve just been pawns in Indonesia’s chess game against Malaysia.

Of course, that also doesn’t mean that all Chinese and Dayaks in Sarawak during that time were communist: there were actually many Dayaks (including the fearsome Kanang anak Langkau) who lived up to their headhunting reputation by purging suspected Chinese communists from Kalimantan, while stories of Chinese folk who fought (and died) against the communists are also well documented. And as mentioned earlier, the UN’s survey of Sabah and Sarawak at the time also didn’t spot any real threat that would’ve been a concern to them. 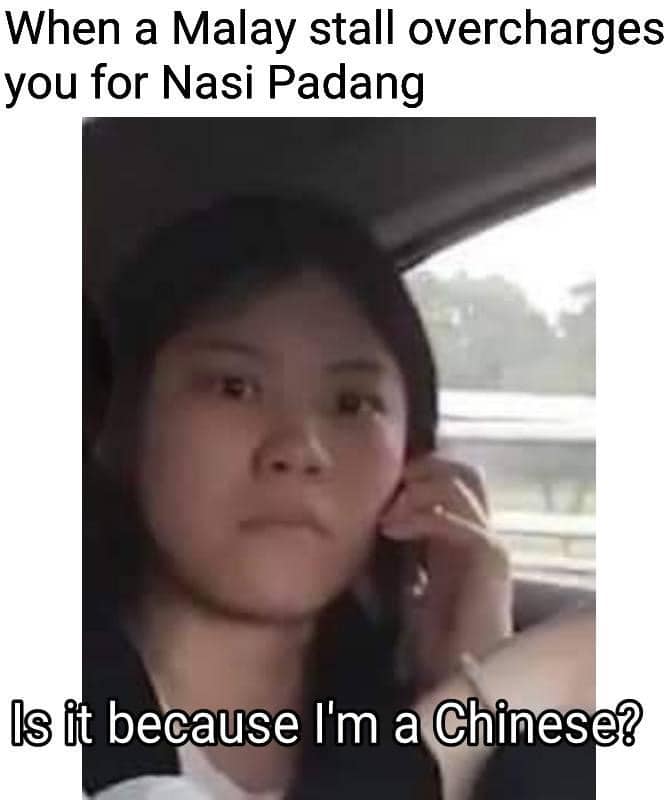 It had been a long road towards Malaysia, and it’s still not done just yet

Fastforwarding to the present, you might’ve heard that Sabah and Sarawak have been trying to get their ‘equal partners’ status as per the MA63 officially recognised for awhile now.

There’s been trips to the UK by Sarawakian lawyers to study the original agreement documents and more recently, an attempt to amend the Federal Constitution so that they would regain their equal partner status narrowly failed at Parliament earlier this year. Heck, there’s also a Sabahan secession leader living in exile and even an attempt to reach the Queen of England for help over the matter. This perhaps can also give you an idea of just how seriously East Malaysians are taking this issue, if you’re a Peninsular-ian that’s been ignorant of issues outside of Klang Valley.

It’s been such a long journey to where Malaysia is now, and not all of it has been rosy *coughSingaporecough*. But nevertheless, with Malaysia Day just over, perhaps it’s time we take a step back to see how hard our forefathers fought to get us here. It might also be time to ensure that we do our best to not only protect Malaysia, but to improve it as well by taking the initiative. Simple things, such as remembering that Malaysia doesn’t only consist of the Peninsular (shocking, we know) and forming an interest into East Malaysian issues such as the MA63 debate can only benefit you and Malaysia, and is perhaps a much better way of celebrating Malaysia Day rather than using the occasion as a platform to promote divide among us.

Share this article:
NAH, BACA:
Inside the dying 60-year-old tradition called 'angkat rumah' (...and how it's actually done)