Sometime in mid-November, you might’ve heard of a graduate student from Universiti Malaysia Sabah (UMS) who uploaded a photo of himself doing the Nazi salute at his graduation ceremony. For those who didn’t watch Saving Private Ryan (or Sound of Music), the Nazi salute came from…Nazi Germany during World War II la duh. However, these days it’s actually considered disrespectful if you do the Nazi salute, especially in Germany.

In fact, the German embassy in Malaysia has condemned the UMS graduate’s Nazi salute, calling it a “show of support for a regime responsible for genocide“, and the German government itself has banned the production and display of any Nazi symbols, including the Nazi salute. Just for an additional dose of irony, there was once an American who got beat up for doing the Nazi salute in Germany a couple of years ago.

Anyway, this UMS graduate posted the photo with a caption that praised Hitler for orchestrating the Holocaust, a genocide that killed up to six million European Jews! Then he went and justified the gesture as a claim of solidarity with…the Palestinians against Israeli establishments. #bojew

The news had taken many Malaysians aback, some of whom went on social media to condemn the graduate for being immature. But the thing is, this is far from the first case of Nazi-thinking in Malaysia.

We’ve apparently had neo-Nazis since the 90’s 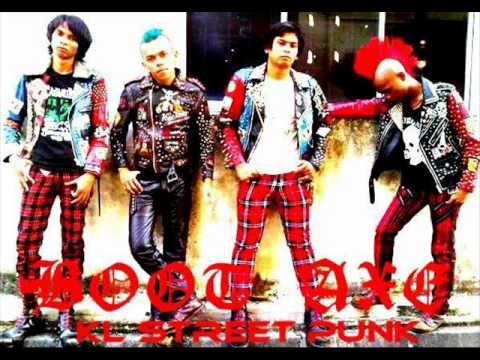 So, quick explanation about the difference between Nazis and neo-Nazis:

Since they don’t have time machines, what we find now in Malaysia are neo-Nazis. An article was published by VICE in 2013 that exposed an underground music scene that embrace neo-Nazism in Malaysia.

It all started in the 1990s, when a portion of local metal bands decided to branch out from the Western metal standards and came up with a niche genre called Nusantara metal (New Naratif and SCMP seem to use punk and metal interchangeably *gasp*). Nusantara means a Malay archipelago, roughly covering Malaysia, Thailand, Singapore, Indonesia, and the Philippines. These bands began introducing elements of Malay myth and folklore into the lyrics to localize their music. But at that point, Nusantara metal bands were still not that much concerned with racial purity and nationalism.

“At first, we metalheads didn’t care that much about the fascist symbols and racist ideologies…But eventually, it became a real thing.” – Metal musician Rammy Azmy, as quoted by New Naratif

We couldn’t really find an actual explanation for the transition, but the genre somehow evolved into a movement under the brand of “Darah dan Maruah Tanah Melayu”, also known as Nusantara Raya, or Malay Power, a belief that Malaysia should be an exclusively Malay nation. And this transition seemed to be the beginning of combining Nazi symbols with Malay Power themes. So next thing you know, we have bands that identify as neo-Nazis “concerned about keeping a pure Malay community all over the Malay Archipelago” under the Malay Power movement. Some of these bands consist of obscure names that you probably haven’t heard of, like Boot Axe, As Sahar, SpiderwaR, and Brown Attack.

“Our sole objective is to unite the whole Nusantara under one national identity, making sure outsiders know that we…are the true owners of this region.” – Local neo-Nazi band member Daeng Andika, as quoted by SCMP

From the interview with Vice, a neo-Nazi band member who goes by the name Slay claimed that the bands identify immigrants as the non-Malays and want to stop immigration in Malaysia, because Malays have allegedly been heavily affected by immigration. He accused immigrants as drug dealers, murderers, rapists, and robbers etc., specifically those from Bangladesh, Africa, Sri Lanka, Nepal, and Burma. Strangely enough, Slay didn’t seem to consider Chinese or Indians as immigrants, although the focus is very much on the sovereignty of Malays.

“The lesson that we can learn from Nazism is that we can take extreme racist action if the position of the Malays is affected by these factors.” – Slay, as quoted by Vice

However, Slay insisted that the bands are ‘not extremely racist’, only extremist when it comes to fighting for the Malay race. He said the bands just don’t like the “minorities” in Malaysia if they can’t coexist with the Malays in Malaysia.

And according to Slay, the bands believe that violence isn’t the answer. They also do charity work for communities like Palestinians, Syrians, and Somalians.

“Violence isn’t a solution for us because we begin with discretion, tolerance, and politeness when talking to these immigrants. If they insist on continuing or if they are stubborn people, we will do what is necessary.” – Slay, as quoted by Vice

Now, you’re probably asking: okay, that was in the 1990s… they’re probably too old to rock by now… so what’s happening to the neo-Nazi movement today?

It is still unclear as to what has happened since the 1990s. Over the years, there have been cancelled Nazi concerts, and a random comment from Bung Mokhtar here and there, but not much at all. The most we could find was in 2014 when an opinion piece supposedly supportive of Hitler was published. And the writer was… Long story short: in 2014, Asri alleged that Jews have had a pretty bad record in general by claiming that they were tricksters and traitors, so Hitler might not have been totally wrong to exterminate them.

“We are not anti-certain races, or blindly anti-Semitic like Hitler or previous Europeans. But if we see the betrayals and wicked acts of the Israeli Jews, those are not a new or odd thing for them.

There might be truth behind Hitler’s belief.” – Asri, as quoted by Malaymail

How some of us probably felt upon reading that.

And then earlier this year, there was the UMS graduate introduced above. However, both Asri and the graduate didn’t exactly proclaim to be neo-Nazi supporters, so let’s take that with a grain of salt and not make any assumptions. Speaking of assumptions…

How did these Malays even relate to Nazis? 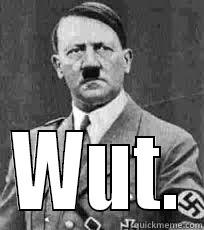 When the VICE article hit, there was a significant amount of commenting and trashing on Facebook. 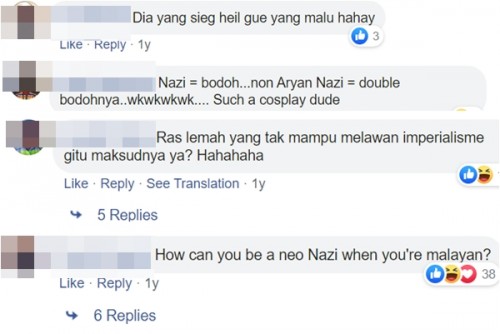 So let’s understand what makes a Nazi a Nazi. Essentially, Nazism is a form of extreme nationalism that subscribes to racial hierarchy. 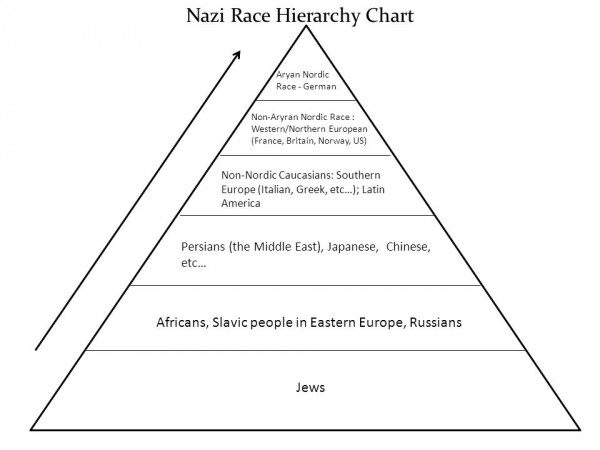 Why do evil people love triangles so much (like all those MLM flers)? Anyways, the irony that most people are pointing out is that Malays wouldn’t figure very well on this triangle. So how does that ideology fit into neo-Nazism in Malaysia?

Well, apparently, to the bands, Nazism is for those who believe in one race, one leader, and one nation, not only Germans or Aryans. Slay stated that the bands are aware of their physical lack of similarity with the Nazis in the past and understand they are brown-skinned, brown-eyed, and dark-haired.

“The usage of Nazi imagery and symbols in some of our bands is simply a tribute to the Third Reich as one of the most glorious empires [that] ever existed. It was also the best symbols to represent our radical views.” – Daeng, as quoted by New Naratif Right, we told you about sensitive images. Image from The Rakyat Post

Daeng claimed that the bands have no intention to invade other races’ lands, only wanting to protect their own existence as Malays. So that seems to be another element that differentiates the bands from Hitler’s Nazism, where Hitler was determined to expand and apply Nazism to territories outside Germany.

But the bands do have one thing in common with the Nazis though, and that is anti-semitism, which is hostility, prejudice, or discrimination against Jews.

“All Malay power bands are outright anti-Semitic.” – Slay, as quoted by Vice Sadly, we aren’t the only ones with neo-Nazis. You can also find them in places like India, Indonesia, and Taiwan. The neo-Nazis in Taiwan are even registered as a political organization. 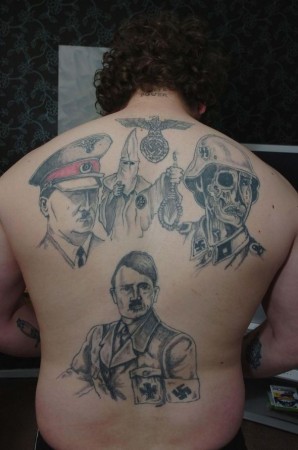 Gordon Higinbotham, a UK neo-nazi who has neo-Nazi symbols tattooed on his back. He’s known as Fat Hitler, or as we’d like to call it… Nazi Lemak. Image from Express.co

Technically, most of society is in agreement that that neo-Nazism can potentially threaten national security.

“It is not just some ‘pretentious labels’ but ideologies that are formed for many decades, organized and associated with hate and violence. Not to mention sympathizers are as much complicit in the destructive ideologies. Malaysian authorities should take stern action against them under our existing penal law before violence is inevitable.” – Aizat Shamsuddin, human rights advocate, as quoted by Malaymail

It’s also important to be reminded that these neo-Nazi bands in Malaysia have not employed violence as of today. The only obstacle these bands have faced so far is having a neo-Nazi festival canceled this year, and that’s probably thanks to…

A group of anti-fascist and anti-racist skinheads Okay, important public service announcement here. While culturally many neo-Nazis are skinheads (or botak as we call them), they’re actually not all Nazis #notallskinheads. The ones that actually applied significant pressure on the studio to cancel the neo-Nazi festival were another group of skinheads called Skinheads Against Racial Prejudice, or SHARP.

They’re part of a global anti-fascist community. According to late SHARP member Rozaimin Elias, skinhead culture in Malaysia means “embracing positive, anti-racist ideas of sociopolitical change“. Like the opposite ends of a magnet, these skinheads oppose the local neo-Nazi bands that embrace Malay Power.

“The Nazis abroad would never consider Malay neo-Nazis as part of their group because they hate people of colour. Malay neo-Nazis are just too dumb to see this.” – Anonymous skinhead, as quoted by TMI Unlike the neo-Nazi bands, skinhead bands perform in any venue publicly, because most live-houses support their anti-racist agenda.

“SHARP skinheads, on the other hand, can easily play all the punk spaces…because of our moral integrity.” – Skinhead band mamber GG, as quoted by The World Weekly

However, the Malaysian society seems to have a bad impression of these skinheads. For one, in 2001 and 2006, the government organized crackdowns on these skinhead bands, accusing them of associating with Satanic teachings. Even Islamic authorities don’t seem to like them.

But these anti-fascist and anti-racist skinheads can only hope that the Malaysian society is willing to be more understanding towards them.

“We are not the Nazi skinhead groups that are racists. We don’t promote Malay power in Malaysia. We promote the spirit of brotherhood. We oppose racism and we have Chinese and Indians in our group.” – SHARP organizer Bob Panjang, as quoted by Malaymail