Aiyo, we just discovered a bit of good-bad news…Grab, Uber, and taxis  had a new contender! But this time there won’t be any protest dramas because the business got SHUT DOWN before anyone even knew about it. In case you don’t know what ‘drama’ we’re referring to, taxi drivers had been protesting against Grab and Uber, so the authorities have been tango-ing with these guys for as long as we can remember.

Anywaze, this new ride-sharing service called Dego Ride, started in November last year, which means they would have been around for about four months now. However, we don’t know if a lot of people have heard of them yet. We only found out about it this week ourselves (coz CILISOS ppl don’t regularly use taxis).

It is not the usual ride-sharing service Malaysians are used to – unlike Grab and Uber, Dego Ride doesn’t use cars to fetch people. They use ring ding ding ding d-ding baa aramba baa baa barooumba MOTORCYCLES. WHAT? There’s a motorcycle taxi service in Malaysia?! Driving in Malaysia during peak hours is torturous, we know that. Because magic flying carpets don’t exist in real life, Dego Ride was the next best thing! Hop on a motorcycle and you will sampai way more quickly than if you take a car. In a test ride, The Star noted that riding in and out of the KLCC area took only about FIVE minutes, whereas it could take four times longer to complete the same journey by car in the morning and evening gridlock.

Dego Ride was really easy to use. Just type “RIDE” on WhatsApp and send to 017-3889269, then you’ll receive a booking form to state pickup and drop-off locations. Can also choose whether you want a male or female rider. The cost will be stated before you decide on your booking, then you’ll get an SMS notification with the rider’s details and ETA, and in 5-15 minutes, your ride will arrive. Since everything was on WhatsApp, there was no need to download an app (though Nabil did tell reporters that one is in the works and would’ve been launched soon).

Dego’s fares start at RM2.50 for the first 3km and 60 sen for every km after that. It serviced most places in the Klang Valley (click the link the check out all the postcode areas they service). You know what else is cool? Passengers were given a clean hair net and of course helmet for protection. Plus, Dego Ride gave passengers insurance coverage of up to RM500, although the CEO says he’s looking at a more comprehensive policy.

They provide hair nets and helmets. Images from FMT

Bike taxis have never really taken off in Malaysia before since cars dominate the commercial taxi industry. They are however popular in other countries in Southeast Asia.

Uber and Grab have started bike taxi services in Indonesia, Thailand, Vietnam, and the Philippines. In Indonesia, bike taxis are known as “ojek”, inspiring Indonesian Nadiem Makarim to start his own business named Go-Jek, a word play on ojek. Nabil (Dego Ride’s CEO) likens his service to Go-Jek. While bike taxis have pros like being able to whiz past annoying traffic, there are some limitations la, for example, each rider can only pick ONE passenger at a time and all rides would have to stop when it rains but hey, that’s a good call for safety. CEO Nabil testing out a ride. Image from vulcanpost.com

Its delivery service is called Dego Send, and ferrying passengers complements that business. So, officially, Dego employees’ job is as delivery guys, not taxi drivers. And their rates actually not bad compared to some of their competitors.

Nabil also pointed out that Dego doesn’t get a cut from the taxi service. Any money earned from picking up passengers goes goes directly to the rider. The company only makes money from its delivery service. “We earn around 20% for an average delivery,” he added.

Naturally, the company vets recruits before hiring them. Potential riders must be at least 21-years-old, NO previous criminal and driving offences, with a full B licence (which allows one to ride any bike out there), but a below-250cc motorcycle. Their motorcycles cannot be modified, must be less than five years old, and will be put through an inspection. If you know anyone looking for a job like this, they can contact 011-23642446. Surprisingly, Dego was really popular with the ladiezz Majority of their passengers were women. Image from nx.digital

70% of Dego Ride’s passengers were WOMEN. This was surprising to us because you wouldn’t expect women to want to get on a bike with a complete stranger. But it was popular with women possibly because it was cost and time efficient, and maybe because men tend to have their own vehicles, so they don’t tend to use these services as much, according to Nabil (Dego mostly gets requests to be sent to public transport stations).

That’s why he was aggressively trying to recruit more female riders, coz customers can pick whether they want male or female riders as mentioned just now. There have been times when male passengers requested for female riders but for his employees’ safety, male riders would be sent instead.

If safety is a concern, Nabil believes that being in a car is riskier coz a driver can do unwanted things to women passengers, however on a motorcycle, the rider would obviously have to keep his hands on the handlebar, otherwise yall will be reenacting the E.T. bicycle scene. Additionally, all Dego’s riders are on the internal administration app. Every movement can be tracked and replayed should any customer raise an issue. Altogether, the company has received more than 20,000 bookings since the start, and 5,500 riders working for them and we haven’t heard of any security issues or complaints. Dego actually aims to help the B40 (Bottom 40) income group of Malaysia by employing them as full-time riders.

“A lot of our people are school dropouts. The idea is let’s look at this group, they mostly all have motorbikes as their first investment and mode of transport.” – Nabil told Malay Mail Online

Unfortunately when we tried to book a ride, Dego shut down already

When our writer tried to book a ride on 14 Feb, we got the response that they are no longer operating: “You need a licence if it involves public safety. When you start charging fees, it’s a public taxi, and we can regulate public taxis.” – Liow Tiong Lai in The Star

Despite this, Nabil plans to lobby for licence for Dego Ride. IF Dego Ride presents a proposal to the Transport Ministry to legalise its operation, the ministry would be willing to look into it.

The Land Public Transport Commission (SPAD) Chairman Tan Sri Syed Hamid Albar said they need to study motorcycles before approving them for commercial use. “Although there is no taxi scheme for motorcycles as public transport, it cannot be ignored as it has become the latest world phenomenon,” he admitted.

In the meantime, Parliament will be discussing a law to regulate Grab and Uber in March. Perhaps the same could work for Dego Ride? So, there might still be hope for Malaysians to one day freely use motorcycle taxis. We found out that the business is getting a lot of support from comments on Facebook, except for a few people here and there raising concerns about safety on motorcycles: Screenshot of comments on FB

If you also wanna show them your support, you can read their post for endorsement and help them sign petition here: 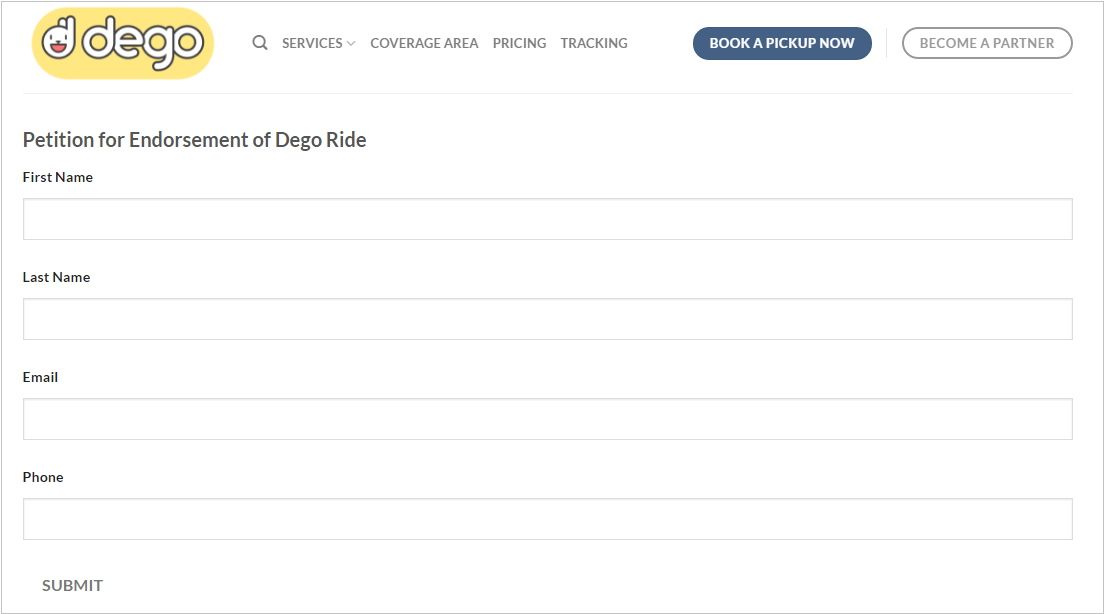