Malaysia is said to be a key transit point for illegal wildlife trade. And nowadays with the help of social media, it is much easier for sellers to start up this illegal trade and reach out to more potential customers.

Just recently, a tweet by Twitter account @AishahLovesFun blew up as she was trying to gain enough attention, particularly from the Wildlife and National Parks Department (Perhilitan) to check on an Instagram account selling exotic animals illegally. She claimed that although the account has been reported, it is still up and running its business as usual. “I found the Instagram shop through a sponsored post on insta. At first, they started selling just exotic animals like sugar gliders and iguanas. But eventually it escalated to more than just that.

Perhilitan did call me, they asked about the address that I filled in my report on their website. It was my address, so they asked if I knew the actual address of the shop which I don’t because the shop sells and delivers/posts their animals.

I managed to get many of my family members and friends to lodge a report to Perhilitan as well. This was about a month ago? But the page is still running. But I suspect this page is linked to several other pages. Because they use the same photos of the animals they’re selling.” – Aishah told us.

Aishah also included a screengrab of the other Instagram shop which sells exotic animals. She told us that although she didn’t lodge a report to Perhilitan on this account, her cousins and family members did. But the main question here would be…

Can you really sell exotic animals online like that?!

We managed to get in touch with the Instagram account owner who would prefer being anonymous (so we shall call him Mat). Mat has been in this business for 5 years now which started out from an interest he has with exotic animals.

“I only started selling them (exotic animals) after I have knowledge on how to take care of them. Normally, we (the sellers) would educate (customers) how to care for these animals when we sell them to the customers.” – Mat told CILISOS. Translated from BM. When we asked how he sends the animals to his customers since he didn’t have a physical store, he shared with us how this business works.

“If they (customers) order normal exotic animals like sugar glider, they would come and pick the animals up themselves. But if they order the ganas type, a supplier from Pahang would post (he specifically used the word post btw). There are a lot of sellers, 1, 000 of us including myself. So, I don’t have to supply stock, feed the animals and whatnot.” – Mat to CILISOS

Mat also told us that he never had any problems with Perhilitan until the recent tweet blew up. He admitted that that was his fault. But there is a specific reason to that;

“If Perhilitan were to raid my house, I have nothing to show them as the animals aren’t with me. And there are a lot of sellers. So Perhilitan cannot charge us since they do not have any evidence.

Normally, the suppliers would kena. That’s why suppliers won’t be the ones selling these animals.

And we don’t have problems with Perhilitan even if they receive reports because the animals aren’t with the sellers. But we also know Perhilitan. There is one Perhilitan in the group who kam-ching (buddies) with us so he would tell us when the operations will be conducted and whatnot. And since the supplier is experienced in this business, he knows how to handle the business well.” – Mat to CILISOS The otter’s reaction at the background is probably all of us when reading this story. Screengrab of conversation with Mat.

But this might not be a shocker to some. In fact, we even wrote something about wildlife officers who are in cahoots illegal wildlife traders. Clean Malaysia also criticised the issue between protection and corruption of the authorities which might be a contributing factor to the illegal wildlife trade.

We tried to reach Perhilitan insiders to comment on this but they would prefer not to give any statements as the information of their modus operandi is private and would want us to provide evidence on the illegal wildlife trade allegations.

Fortunately, we managed to get in touch with a former ranger at Perhilitan, Mariani Ramli, who is now an adviser for Gibbon Protection Society Malaysia (GPSM), an NGO that works together with Perhilitan by sharing online wildlife trade intelligence.

“It’s a serious and worrying allegation indeed. But, I didn’t see and know of no proof or evidence to support the rumour (of Perhilitan being involved in online illegal wildlife trade), therefore I assume that if it’s not backed by evidence then it’s not fact. However, I believe that IF such thing indeed happened, the new incoming Natural Resources and Environment (NRE) minister will investigate such allegations and enact changes to ensure transparency in Perhilitan’s wildlife management.” – Mariani on the illegal wildlife trade allegations.

Regardless… can we actually keep these exotic animals as pets? 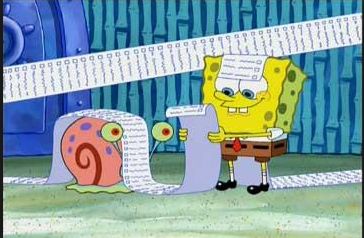 Top: Dusky leaf monkey and Malayan civet under ‘Hunted Species’. Bottom: Macaques and Mangabeys under ‘Others’.

This is probably why some exotic animals require a certain license before we get to keep them.

“Some (exotic animals) need license, some don’t. We would write a receipt and put a microchip (on the animal) for exotic animals that require license.” – Mat.

Even so, environmentalists argue how exotic animals should be left in the wild where they belong.

“The only true way to show love and admiration for a particular species is to protect its habitat and wild population, and observe it in its natural environment.” – Wong Ee Lynn of the Malaysian Nature Society told Clean Malaysia.

As it turns out, the possession and keeping of wildlife made up the biggest percentage of the wildlife crime in 2017. Screengrab from the Criminal justice response to wildlife crime in Malaysia.

Basically, illegal trade or any trade for that matters won’t happen unless there is a demand for it. So, if people don’t want exotic animals as pets, there will be no business. Mat supported this statement by sharing the demand for exotic animals from his business,

“Otters are 100% fast selling. Asian Leopard cats as well. But the rest of the animals are a bit slow (in terms of demand).”

But sometimes an innocent intention like seeking companionship of pets might be causing threat to animals especially when this companionship comes from undomesticated animals. Clean Malaysia wrote how it’s wrong to only blame criminal syndicates when there is a growing demand of exotic animals to be kept as pets. There are those who defend the act of keeping exotic animals despite knowing the consequences it might bring to the species. Some of the reasons they give are;

Unfortunately, not everyone knows how to handle exotic animals. It’s far from what it’s like to care for a cat or a dog. In fact, many exotic animals were reportedly dead after being rescued by Perhilitan due to mishandling in 2017!

But many people might still agree to the reasons listed as they probably lack of awareness on how keeping a certain wildlife is an act of crime.

And while some party tries to raise awareness, some would still support these illegal trades. Keeping exotic animals is one thing to worry but the demand for exotic animals which supports illegal wildlife trade that poses threat to many iconic species in Malaysia is another huge concern for the sustainability of this country’s wildlife.