Today, Muhammad Afiq Aiman is close to getting his Bachelor’s Degree in Science Education. But, in an uncomfortably close parallel universe, he would have stopped studying after SPM; with no option other than helping his father sell roti canai at a stall outside their house in Kelantan.

All that made a difference was a teacher named Cikgu Shimah.

A few weeks back, we were invited to judge Anugerah Guru Inspirasi McDonald’s, where students nominated teachers who went above and beyond the textbook. What we didn’t expect was for some of these stories to void the water damage warranty on our keyboards. Y-yes. I totally spilled water on the keyboard. Nothing to see here. Image from HowToGeek.

Afiq’s story was one of those, so we decided to get in touch with him to ask a little more about the teacher that changed his life.

It all started with a Thalassemia diagnosis

In 2017, Afiq was a new student at SMK Putri Saadong in Kelantan; transferring from a different school after his PT-3 exams. Adjusting to his new school, he heard that his Sejarah teacher was super approachable and “layans jokes from students” – which he later found out was because she preferred to teach history as an open conversation rather than memorizing from a textbook. This is Pn. Norhashimah, or more affectionately known to her students as Cikgu Shimah. Cikgu Shimah with some of her students. Picture sent by Afiq.

During a Thalassemia – a genetic disorder that results in less red blood cells – screening sometime in that year, Afiq and several schoolmates were asked to undergo further testing at the Gunong health clinic (Klinik Kesihatan). Unfortunately the clinic was a 15-minute drive away and, while he had the will, he didn’t have the wheels.

“I didn’t have transportation and didn’t want to miss one day of school (traveling on foot) for a 1-hour appointment. Cikgu Shimah heard about my problem and she said ‘Takpelah, nanti saya bawa awak pergi’. That way, I could still go back to school for the rest of the day.” – Afiq, in interview with Cilisos; translated from BM.

Up till he finished SPM, Cikgu Shimah provided him with transport to the clinic and back every 3 months. Not just that she also offered him a ride home after night classes at school, as he usually walked the 20km journey each way. It’s like exceeding the goal of 10,000 steps a day, except out of necessity.

It wasn’t just with transport, as she also occasionally gave Afiq pocket money when he wasn’t able to afford food and nominated him as an anak angkat Syarikat Muda Osman (a local book retailer) for free reference books and school supplies. It wasn’t just with him either, as she’s also given pocket money to other students in need; even bringing students from low income families to the student dorm canteens for meals on the daily. He once asked her why, and her reply stuck with him:

“The *sustenance we get from Allah isn’t only meant for ourselves but for everyone, Afiq. Everyone. Whatever sustenance we get, some of it is meant to be shared with other people” – Badly translated by Cilisos

*Btw, Rezeki can mean a whole bunch of things; including sustenance, blessings, food, and income.

After SPM, Afiq decided he would repay her kindness by volunteering at the school library which Cikgu Shimah was in charge of. Little did he know that, in a few months…

He got a college placement, and a serious problem We didn’t ask, but we assume Afiq did pretty well in his SPM because he was soon offered a spot at the Kelantan Matriculation College. Unfortunately, his parents informed him that they couldn’t afford it.

“I discussed the cost with my father, and my parents weren’t able to pay the fees and other expenses in time. We’re just a family selling roti canai by the roadside. I was prepared to bury my dreams of furthering my studies and help them at the stall.”

Accepting that his road to achievement had become a boulevard of broken dreams, he shared his frustration to Cikgu Shimah while arranging books at the library; not expecting anything other than getting it off his chest. To his surprise, she met him a few days later with enough money to pay his admission fees; telling him “Afiq, belajar rajin-rajin. Nanti bila dah bekerja suatu hari nanti, tolonglah keluarga kamu itu”.

And that was when he noticed that one of the two gold bracelets that she usually wore on her wrist was missing. 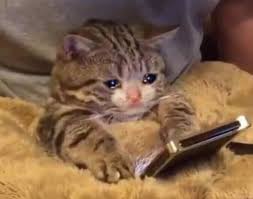 #mood when we read this

A year later, Afiq was done with matriculation and went back to his hometown where he spent his free time helping Cikgu Shimah at the library. Then, the good news came. He was offered an opportunity to pursue a Bachelor’s Degree at Universiti Pendidikan Sultan Idris in Perak.

Some time later, at the library, Cikgu Shimah handed him an envelope. Thinking it was more library documents, he opened it without much thought. Instead, it contained enough money to cover his tuition fees and textbooks.

“I was so surprised, I started crying in front of her. Without me knowing, Cikgu Shimah approached the school authorities for donations so I could go to Perak. She said to me “This was donated by the school. Study hard.”

That was when I saw, the remaining bracelet on her wrist was missing.“

He says that throughout matriculation and, now in university, Cikgu Shimah still calls to check up on him and sends a small allowance to cover a portion of his expenses. She also offered to drive him to the University, but he declined her offer because he realized she started to regularly travel from school to the hospital for an unspecified medical treatment.

By this point, you (like us) might be wondering if Afiq ever asked Cikgu Shimah about the bracelets…

“I wanted to ask, but I didn’t dare. It wasn’t until much later that she confirmed my suspicions [that she sold/pawned them]. I asked her why she would do something like that. She said “Takpelah, ini untuk kegunaan belajar.” “

As we mentioned at the start of this article, Afiq is on his way to becoming a science and math teacher – in fact, he was studying for an exam when we called. He says he hopes that Cikgu Shimah would continue being an inspiration not just to him, but to the people around her. And it would seem that the judges agree as well, because Cikgu Shimah was one of the 25 recipients of the Anugerah Guru Inspirasi, which comes with a cash prize of RM5,000 or, considering what we know about her, many many meals for needy students at the dorm canteens.

“If I never met Cikgu Shimah, I would be helping my family sell roti canai by the roadside in front of the house… With the PKP now, life would be very very hard.”