Whenever normal, law abiding citizens like yourself hear the word “smurfing”, chances are, you’d think of two things:

What if we told you there’s a third kind, the kind of smurfing that can land you in prison in Malaysia? Last week, a 59-year old lady named Mazni Abu Bakar was the first person in our country who was charged with smurfing; and she might be thrown in the slammer for up to 15 years AND slapped with a hefty fine (up to RM5mil) on top of that. These are not the funny blue guys we’re talking about. Img by CNET

Smurfing doesn’t sound like anything that bad, so you’re probably wondering what she’s done to warrant a jail term and a fine. We’re happy to inform y’all that…

Smurfing is a form of money laundering

Smurfing is basically when a large sum of money (oftentimes obtained from criminal means) is taken and structured into smaller amounts and sent to various bank accounts to avoid detection by the authorities. While the proper term for smurfing is “structuring”, we think smurfing sounds waaaay better.

MAN, I HATE SORTING OUT COINS.

The perfect example of smurfing would be Mazni Abu Bakar’s case we mentioned earlier. What happened was that she instructed a man named Syed Ajarul Asuad Syed Aziz to deposit more than RM230,000 in smaller amounts – specifically, for RM60,009.50, RM67,417.30, RM50,130.20 and RM61,018.35 – into a CIMB account belonging to her souvenir shop business, Sasrestu Sdn. Bhd. That sounds really troublesome, why not just make the whole transaction in one go? There’s a teeny tiny problem with that plan: banks are required to report anyone who makes transactions exceeding RM25K per day to Bank Negara. Wait, RM25K per day? But the amounts that Syed Ajarul tried to launder for Mazni were higher than that…

Mazni smurfed too hard for her own good

We’re not entirely sure at this point how Mazni was caught, because the court case is still ongoing. That don’t mean we don’t have our suspicions, though. Remember the RM25K rule? It’s entirely possible that they were detected because their transactions exceeded Bank Negara’s “daily limit”. But… that’s just a (solid) theory. No, Mazni, don’t be tempted!

The story doesn’t end there. In addition to being charged for the four transactions above, Mazni had also allegedly:

That’s quite a laundry list (GET IT?) of accusations and while Mazni may be the first person who’s being charged for the crime in Malaysia, smurfing and other money laundering schemes have been around for a long time. With a name like that, does money laundering mean you wash money in laundry machines?

This is a suuuper simplified of what a money laundering scheme might look like. Img by EUMCC

Yes, you can actually have a laundry business as a front to metaphorically clean money that comes from questionable sources. Just like you and I, money laundering comes in many different forms. Casino schemes, cash business schemes, foreign investment schemes and of course, smurfing are just some of the dizzying arrays of money laundering methods available out there. Most schemes, however, can be boiled down to a few base components.

Say you have RM30K from selling drugs. You can’t just deposit this money into a bank account because someone’s gonna knock on your door asking where you got the money from. What can you do? 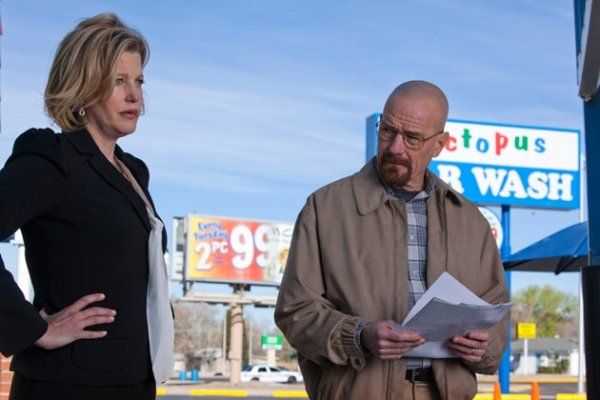 If Heisenberg did it, it’s probably a good idea. Img by Pinterest

Step 1: Start a business – preferably one that deals mostly in cash, like a dobi.

Step 2: All you have to do now is lie and say that you had more customers than you actually have. Maybe you say you had 100 customers a day instead of 10.

Step 3: Inject the drug money into your dobi business and make it look like it came from your “extra” customers.

Step 4: That money from your business then gets reported to the LHDN who thinks your income is entirely legitimate. Totally nothing to do with drugs.

We’re not advocating for anyone to try this out for themselves… since the dobi tactic is well known and you’ll probably get caught before any significant amount of money can be laundered. Up until this point in the article, all we’ve talked about sounds like money changing hands, and businesses trying to make extra money. In spite of that, hiding just underneath that innocuous veneer are layers upon insidious layers of felony and corruption. Money laundering appears to harm no one… except that’s not true at all.

Money laundering is not a victimless crime

Mazni Abu Bakar might not have caused any obvious harm on the surface, but the effects of money laundering in general are both far-reaching and global. Studies have shown that crime and corruption stunts economic growth, particularly in developing countries that have fewer resources to allocate towards enacting anti-money laundering measures and fighting crime.

Mozambique, a country with one of the highest rates of money laundering in the world.

Also, since the money that goes into money laundering schemes tend to come from illicit activities such as drug sales, human trafficking, corporate embezzlement, fraud and more. Successful money laundering operations encourage criminals to continue committing crime – which leads to a decrease in public safety – which creates a chicken and egg dilemma. As a bonus, the proceeds from money laundering schemes have been siphoned to terrorist cells in the past. The negative effects of money laundering goes on and on, but we can’t talk about all of them in detail otherwise the article’s gonna be like 5,000 words long. If you guys wanna know more about the impact of money laundering, here’s the research paper we referred to!

You know what the worst thing is though? Research done by faculty members of Universiti Teknologi MARA revealed that the grand total of money laundered in Malaysia is in the hundreds of millions. This means that, by and large, Mazni is what we’d like to call a small fish in a big pond that is the Malaysian money laundering scene.