While most people are talking about the upcoming General Elections which are rumored to take place in 2017, we’re actually gonna be talking about something that happened during the previous 2013 elections.

If you remember, GE13 left a whole bunch of people unhappy over the results; with numerous accusations that hanky-panky was involved, like delible ink, phantom voters, blackouts, and whatnot. But while many people aired their unhappiness online, some actually went and challenged the election results in court! Oh, the memes that came after that…. Image from MeiMeiCrossTheRoad.

One of these people was Imam Za’aba Ibrahim, who was unhappy that BN won in his constituency of Pulai, Johor. He took the case to court through something called an election petition – and he’s now at risk of becoming a bankrupt in January 2017, because he now owes the courts, Election Commission, and the BN MP who won Pulai a collective RM50,000.

But we’re getting ahead of ourselves here, because the story is a lot juicier when you start looking into details like…

Here’s the gist of the story – Imam Za’aba was a PAS Youth exco member in Pulai, and when party candidate Salahuddin Ayub lost Pulai to BN in GE13, they thought that some sneaky underhanded tactics were used to win, so PAS decided to file an election petition to essentially void the results and do a revote.

However, the Election Court basically found that Imam Za’aba couldn’t provide enough proof to back up his claims and ordered him to pay the legal costs, including RM10k each to the Election Commission and to BN MP Nur Jazlan (who won the Pulai seat) – which is a lot of money considering Imam Za’aba works as a welder when he’s not Imam-ing. After a failed appeal in January 2014, Imam Za’aba was given till January 17th 2017 to pay up or be declared a bankrupt.

BTW, our title is completely wrong (Bad CILISOS!) because it’s not a fine. We thought this was the case until Latheefa Koya from Lawyers for Liberty set us straight:

“An election petition falls under a civil suit, so it’s normal for the court to ask you to pay for the other side’s legal costs if you lose the case.” – Latheefa Koya, in phone interview with CILISOS. 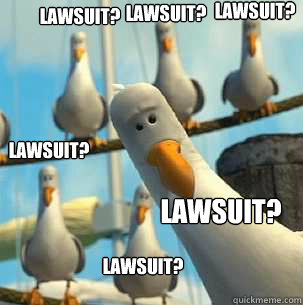 Basically, a civil suit is what most non-lawyer people would call a lawsuit – one person suing another person for something that’s not a serious crime (like defamation or sexual harassment). So in this sense, the court would usually ask the loser to pay compensation and/or cover the winner’s legal cost.

Latheefa adds that this high legal cost tends to discourage people and political parties from challenging the election results:

“We have to take [the potential costs] into consideration before going ahead, even if we felt there was a lot of cheating. But if you don’t file a petition then you don’t challenge them.” – Latheefa Koya

For reference, a whole bunch of election petitions were filed by both Opposition and BN parties all over the country and the 5-figure legal costs aren’t rare- two BN politicians who failed in their challenge were ordered to pay PAS RM 60,000 in legal costs. You can click here for more examples.

But there’s one major difference though. Imam Za’aba was one of the few (if not only) petition-filers who wasn’t actually a politician. So what made Imam Za’aba risk so much to challenge the system? Well…

NAH, BACA:
BN chatgroups have been circulating "PH broken promises". And some of it might be true. Remember how we said that usually the politicians or the parties themselves file election petitions? Apparently, PAS asked Imam Za’aba to file the petition in his name with the party promising to tanggung the legal costs. We weren’t able to contact Imam Za’aba himself to ask why he agreed to this, but according to ex-PAS Youth Chief Suhaizan Kaiat who’s helping Imam Za’aba out:

“Imam Za’aba was committed to the party, and the party promised to cover all the costs whether or not they won or lost the petition.” – Badly translated by CILISOS.

So… why didn’t they help out Imam Za’aba as promised?

Well, there are two parts to the story – the first being that Imam Za’aba (along with Suhaizan Kaiat) left PAS in 2015 to join Parti Amanah Negara, a new political party set up by people who tak puas with PAS:

“He is no longer a PAS member, so why should we help him? If he was, we would have paid.” – Mahfodz Mohamed, PAS Johor Chief, as quoted by Malaysiakini.

And the second is that he was ordered to make the payment in 2014 when he was still a PAS member, so what happened there? According to Imam Za’aba:

“They had close to two years to pay the legal costs, yet they left me to my own (devices) because they think I’m a small fry.” – Imam Za’aba, as quoted by Malaysiakini.

To draw a parallel, Imam Za’aba’s story is kinda like those people who kena harassed by loan sharks because they went and simply signed up to became a guarantor for someone who lari hutang.

So how to challenge elections? So dangerous… … to whatever cause I feel strongly for!

In this sense, you totally can (and should) exercise your rights to voicing an opinion, whether it be for clean and fair elections or to legalize refugees in Malaysia. Just make sure you know what you’re potentially getting yourself into, and if you have any concerns you can always ask the organization involved or forward the question to us so we get more article ideas  🙂 Right now, Parti Amanah is seeking donations for Imam Za’aba to keep him from bankruptcy, and they are roughly RM23,000 short of the RM50k required. If you’d like to help out, you can send him your donation using the following details:

Oh and seriously, don’t simply be a guarantor for other people’s loans #PSA