[UPDATE 8/3/2019]: This article was originally written back in Jan 2017, but has found a second life of sort, seeing that PAS and UMNO have recently announced a ‘marriage’ of sorts to formalise ties between the parties. Also, if you like more of these types of historical stories, why not join our HARI INI DALAM SEJARAH Facebook group 😀

So recently ugaiz may have heard some stuff about the 2016 UMNO General Assembly which generated some pretty pedas headlines such as Zahid Hamidi asking members to be loyal to PM Najib as he was “chosen by Allah“, or a speaker asking the authorities to arrest people who give bribes rather than those who accept them  But what you may have missed is that they also talked about possible cooperation between PAS and UMNO.

PAS have also mentioned something similar recently about working with UMNO. PAS spiritual adviser Hashim Jasin stated that they won’t join Barisan Nasional, but cooperation and discussion is still possible.

“For PAS, although they may be enemies, our religion does not stop us from meeting and talking. So now they (BN) want to talk to us. We are prepared to hear them out and they should hear what we have to say,”- Hasim Jasin in the Malay Mail

But did ugaiz know that they actually did work together formally before? And that PAS was actually part of Barisan Nasional?? So how did these two seemingly almost always arch enemies get together anyway? What happened???

In the 70’s, PAS saw greater opportunities by being part of BN

It had been 20 years since PAS began as a side-party of religious UMNO members. The party was mainly led by Dr. Burhanuddin al-Helmy thru the late 50s up till 1969, but after a few years of being detained under the ISA, he passed away. Dr. Burhanuddin guided PAS along a socialist Islamist path, similar to his own ideology. His replacement was his deputy Asri Muda, who had a very different outlook. Asri held a very strong Malay nationalist position, and wanted to promote and ensure the the hak-hak Orang Melayu.

Now, that sounds a little bit like UMNO kan? Well, Asri may have thought so too as he hinted at joining the Alliance (the original BN):

“We (in PAS) need to adapt ourselves to the rhythm of the times. Although the circumstances of the present are not entirely to our liking, the opportunity remains for us to take advantage of the present circumstances so that we can expand our activities,” – Asri Muda, as quoted by Farish A. Noor in The Malaysian Islamic Party 1951-2013 (p.82)

And sure enough, PAS made the formal announcement to join the Alliance in December 1972. This arrangement worked out for both parties since PAS and UMNO were no longer the only two parties targeting the Malay-Muslim crowd. Groups like Darul Arqam and Angkatan Belia Islam Malaysia (ABIM) had emerged and began recruiting quite a number of Malay-Muslim folk. Asri meanwhile justified the move by claiming that the racial riots of May 13 1969 showed Malays were weak and called for a unity among them. Asri’s decision to put PAS into the Alliance wasn’t the most popular one and quite a number of senior PAS members had quit the party in protest, or were purged by Asri (p.83).

PAS started growing, but lost a lot of support

The one thing that made PAS the party of choice for a lot of the average Ahmads and Alis was the connection that they had with the PAS politicians. Asri Muda – who was Menteri Besar of Kelantan – defended the state from BN during the 1969 elections by representing himself and PAS as true representatives of the Malays and Islam (p.73). 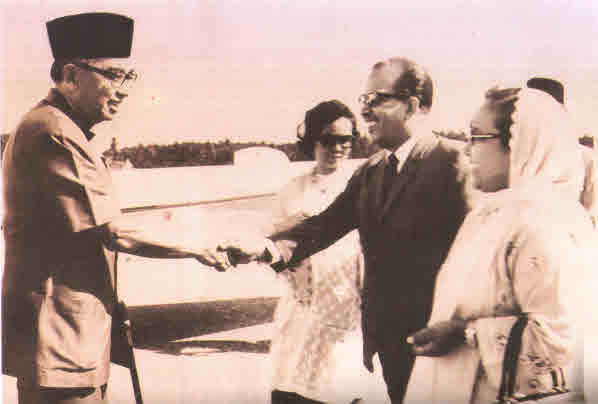 But with PAS now part of the ruling coalition, senior members of PAS were given portfolios in the Cabinet. This meant a move to Kuala Lumpur, and the connection between PAS leaders and their voters started weakening. Bachtiar Djamily, popular writer and author of the time, had this to say about what happened:

“After they moved to the capital and they became men of standing, their adherence to the rites and rituals of their faith began to wane. They no longer visited the villages as often as they did before; the clothes they wore were modern and it was too much for the village folk,” – Bachtiar Djamily, as quoted by Farish A. Noor in his book (p. 85)

By the time the 1974 elections came about, PAS found itself losing a significant chunk of votes – a sign of protest by voters who were against the move to join BN. Asri tried to divert attention of PAS’s unpopularity away by promoting the idea that PAS was the defender of Muslim rights. That didn’t work out too well however, as his speech supporting the Muslim fighters in Thailand sparked protests in Thailand against him, and Malaysia’s PM had to apologise to the Thai govt after that (p. 89) #kenotwin.

But that was just the beginning, because the REAL trouble hasn’t even started yet!

BN was now PAS’s boss, and they didn’t agree with Asri

Now this is where the cowdung really hit the fan for PAS and Asri Muda in Kelantan!

Making a long story short, as Asri Muda left his home state for the glittering capital, his position of Menteri Besar Kelantan had to go to someone else. At this point he wanted his friend Wan Ismail Wan Ibrahim, to be MB, but the other BN guys preferred Mohamed Nasir, and eventually Nasir got the job (p. 92). 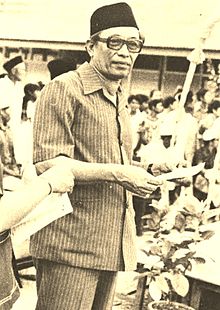 As it turns out ah, this Nasir guy was the wrong choice… for Asri Muda that is. You see, Nasir actually did his job as MB and found secret deals Asri Muda gave to his friends and relatives that involved land and timber. Within 4 years, he stopped all the crony-ish deals (p. 92), and placed an official inquiry against Asri.

With Asri’s secret deals now public, on the 25th of September 1977 around 80,000 supporters of Nasir came out demanding the resignation of Asri Muda.

Asri’s reaction? Table a vote of no-confidence against Nasir in the Kelantan parliament. He did this expecting the support of fellow BN party members from UMNO and MCA. Buuuuuut the other BN reps staged a walk out instead. The huge gamble that Asri took to save face had failed and the crisis in Kelantan worsened.

The people on the streets in Kelantan. Image from sokmo.net

The riots continued, and Tun Hussein Onn was forced to call for a state of emergency in Kelantan and thru that the federal government took power in Kelantan (p. 93). So in the end, the outcome of the PAS-BN alliance was that PAS’s stronghold was no longer theirs, and the party and its leader had been embarrassed by their own allies.

Asri Muda eventually announced that PAS would be leaving Barisan Nasional in December 1977, signalling the end of the alliance between them (p. 94). Elections were then called in 1978, barely half a year after PAS split from Barisan. PAS whose reputation hadn’t recovered, won just 5 parliament seats, with 2 of them in Kelantan.

“For many PAS members who had come to regard Kelantan as the natural home base of the Islamist party, it was as if the knights of the round table had been kicked out of Camelot,”- Farish A. Noor (p. 95) 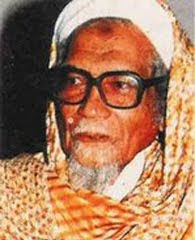 As for Asri’s own fate, he stayed on as a PAS leader for a couple more years, but by 1982, he was ousted by the rising ‘ulama’ faction of the party.

PAS slowly began rebuilding their image after the Asri Muda era. The ‘ulama’ faction, consisting of politicians such as  Nik Abdul Aziz Nik Mat, Yusof Rawa and  Fadzil Noor were now in power and guided the party towards a more Islamic line as compared to Asri Muda’s Malay-nationalistic school of thought. Eventually they became the party that we now know (and for some, love). Ugaiz can read more of PAS’s development in Farish A. Noor’s book mentioned earlier 🙂

Oh and Mohamed Nasir? He left PAS and started up his own political party that would target the same crowd that PAS targets, the Barisan Jemaah Islamiyyah Se-Malaysia, or BERJASA for short. At the core of BERJASA were PAS members who just got sick and disillusioned with Asri Muda and what had happened to PAS.

So will we be seeing another PAS-BN pact? Well, it may depend on who’s in charge. As Farish A. Noor’s book points out, the way PAS acts is often determined by the leader. Dr Burhanuddin had led PAS in a leftist Islamic route, while Asri Muda went in completely the other direction by turning it a Malay-Muslim nationalistic party, before the rise of the ulama faction within PAS turned the party into the Islamic party that they are today.

Earlier in 2016, Nik Aziz’s son, PAS youth chief Nik Abdul had claimed that his father would have given his blessing towards a PAS-UMNO corporation, but that claim was met with a lot of negativity. This is because Nik Aziz, the former spiritual leader of PAS, had always been defiantly anti-UMNO. His anti-UMNO stance draws from the ill-fated coalition, as he believed UMNO betrayed PAS’s Islamic cause.

While it’s not certain whether PAS would join BN again or not, but as they saying goes, those who forget the past are doomed to repeat it, so it remains to be seen if they’ve learnt from their…. PAS mistakes