[Originally translated from SOSCILI.MY. Click here to read in BM] They made a new party. Unedited pic from Parti Pribumi Bersatu Malaysia

Well, while BERSATU formally joins the Pakatan Harapan coalition (are they now called BERSA-RAPAN?), the fact that former leading BN/Alliance politicians quit and formed their own party got us thinking: Who else in the past has done so? Which parties are they? And what actually happened to their parties now?!

Some of ugaiz may have thought that PAS formed cos someone in Kelantan wanted huded, but no.

The party actually formed waaaaaay back in 1951! Okay laa we admit, headline a bit clickbait laa cos BN formed in 1974 and Alliance in 1952. But this story of PAS originating from UMNO itself is still worthy of a mention.

You see, the founder of PAS, Haji Ahmad Fuad Hassan, was originally the head of UMNO’s Religious Affairs Bureau. But the religious faction within UMNO were not happy with UMNO when Tunku Abdul Rahman was chosen as the second president of UMNO. This was because of Tunku’s love of things like cars, alcohol and racehorses. On top of that, Ahmad Fuad was not happy with UMNO organising fun fairs and lotteries, things deemed against the teachings of Islam. Ahmad Fuad wasn’t alone in feeling disgruntled at UMNO. He and another 200 plus ulamas from across the country got together in Seberang Perai for the 3rd Ulama Congress hosted by UMNO on the 24th of November 1951.

And it was at this congress of the religious within UMNO that brought the arrival of the Persatuan Islam Se-Malaya (yes that’s what PAS means). Ahmad Fuad was elected was the first PAS President, and so began the new party’s fight in the local politics scene. We would love to go on about PAS, but that would be waaaay too long; ugaiz can check out this book by Farish A. Noor which helped us out for this entry instead. Even until today, despite the party undergoing a massive split in 2015, PAS remains a firm favourite for the Malay and Muslim folk, especially of those in the east coast.

How many of ugaiz never pay attention during Sejarah class in high school hands up please? *raises hand*

But even then, most of us must have heard of the name Dato’ Onn Jaafar. One of our country’s greatest forefathers, he formed the United Malays National Organisation (UMNO) as part of the resistance against the formation of a Malayan Union. It was after defeating the Malayan Union plan however that Dato’ Onn’s party began to turn on him. Initially, he resigned as UMNO’s president after protest from party members about his plan to give citizenship to non-Malays. He did come back however when a number of UMNO reps marched to his house pleading for a return.

Buuuuut the second coming wasn’t a happy one, as he again caused controversy among UMNO members when he wanted to allow non-Malays to join UMNO. Again, Dato’ Onn resigned. Dato’ Onn during his last speech at UMNO. Pic from al-azharrisiddiq.com

Right after leaving UMNO, he formed the Independence of Malaya Party (IMP) in 1951. This time, party membership was open to all races. They even managed to get the first woman elected into public office in Malaya in the 1952 Kuala Lumpur municipality elections. But ultimately there was a lack of public support for the party and Dato’ Onn dissolved it in 1953.

Dato’ Onn wasn’t done yet however, and formed the Parti Negara in 1953. Unfortunately for Dato’ Onn tho, the party didn’t win a single seat in the 1955 elections and won just one seat in 1959.

Eventually, Dato’ Onn passed away on the 19th of January 1962, with also brought about the demise of the Party Negara.

3. The PAS president who got his party to join BN, then left and started his own party ಠ_ಠ

Alright, little fun fact for the younger ones: Altho PAS came from UMNO, they never actually joined BN…. until the 70s that is! (Quick shout out to Farish A Noor whose book also helped us in this entry)

And the man responsible for this was Dato’ Asri Muda. To make a long story short, his gamble of putting PAS into the ruling coalition(p.82) in 1973 didn’t go too well, as not only did they lose public support, but a feud within PAS on top of disagreement between UMNO and PAS eventually caused PAS to leave the Barisan Nasional on pretty bad terms in 1977. We would have loved to go on about what happened but that’s worthy of an article on it’s own.

Eventually, Asri Muda found himself losing a lot of support within party members, mainly for his failed venture into BN as well as his alleged cronyism of giving friends and relatives business deals. The ulama faction within PAS began rising up the ranks and in 1982, had to announce his own resignation at the PAS General Assembly(p.109). Now without a party, Asri Muda decided to form his own and so the Parti Hizbul Muslimin Malaysia (HAMIM) was formed in 1983 (p.110). He brought HAMIM into BN, and contested mainly against PAS in the elections. HAMIM never really did get much support however and lost heavily in the 1986 election.

Realising that HAMIM couldn’t stand up to PAS, Asri announced in 1988 that he wanted to dissolve HAMIM and make members join UMNO. In an almost deja vu-like scenario, party members turned on Asri and his suggestion, and Asri had to quit HAMIM. As for HAMIM, after a couple of years of internal power struggles, HAMIM themselves sorta vanished from the political scene.

4. When UMNO broke up… into a few ‘new’ parties

One of Malaysia’s most infamous power struggles, it all kicked off when in 1987, Tengku Razaleigh decided to challenge Dr Mahathir for the UMNO Presidency. This caused a split between their supporters in UMNO. Mahathir won the presidency fight eventually, by only a margin of 43 votes, while Musa Hitam lost the deputy presidency to Ghafar Baba by only 40 votes.

The cowdung hit the fan when legal action was taken against UMNO by a group of disgruntled UMNO members. UMNO was then declared illegal on February the 4th 1988. Mahathir then decided instead of saving UMNO, he’d just make a new one. Selecting mostly those from his Team A, he formed Pertubuhan Kebangsaan Melayu Bersatu (Baru), or simply UMNO (New). 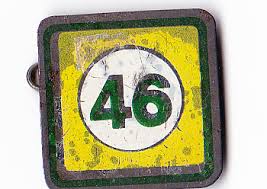 The Semangat 46 logo. Pic from The Malaysian Times

Semangat 46 achieved some success by helping PAS take back Kelantan in 1990. But the success was short lived as influential Semangat 46 members such as Ibrahim Ali left for UMNO. Eventually, Semangat 46 was dissolved in 1996. A large chunk of their 200,000 members with Tengku Razaleigh himself rejoined UMNO in the end.

Anwar Ibrahim‘s name is probably as synonymous as Mahathir’s when it comes to discussing politics in Malaysia. Like for reals, go and eavesdrop on your relatives when they’re talking about politics, every ten sentences someone will mention Anwar.

While Anwar’s journey in the Malaysian political scene began way back in the 70s, we’re gonna look at how he founded the People’s Justice Party, better known as Parti Keadilan Rakyat (PKR).

Depending on who you’re asking, Anwar either had a disagreement with Mahathir over the handling of the 1997 economic crisis, or Mahathir had issues with Anwar’s morals and behaviour. Either way, Anwar was sacked by Mahathir on 2nd September 1998. 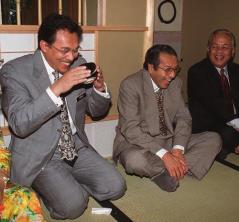 A disgruntled Anwar and his wife Dr Wan Azizah then led the Reformasi movement. But rather than forming a new party as planned, they took over the Ikatan Masyarakat Islam party and formed Parti Keadilan Nasional and a merge with Parti Rakyat Malaysia formed the Parti Keadilan Rakyat that we know (and for some, love). Anwar and his wife. Pic from mir.com.my

Despite the various arrests of Anwar, the party continued to grow under the leadership of Wan Azizah. The impressive development and growth of PKR ever since strengthened the party further, with a study by a local think tank Institut Darul Ehsan showing that PKR becoming more influential than PAS in Selangor.

So what about BERSATU, who was founded by 3 ex-BN leaders? Mahathir, Muhyiddin and Mukhriz. Pic from The Sun

As the saying goes, those who forget the past are doomed to repeat it. Well, unless they learn from it and improve. While parties like the IMP, Semangat 46 and HAMIM failed to make an impact, the formation of PKR for example could be an example of the way to go for BERSATU.

There have been claims that BERSATU and also AMANAH – which itself broke off from PAS – would only further divide Malay voters. But for some senior BN leaders, BERSATU may become the next big thing.

“Both of these leaders (Muhyiddin and Mahathir) have influence, experience and cannot be looked down upon,” – Tengku Razaleigh in Malaysiakini

Whether or not BERSATU would become a success or not remains to be seen. While it may be tempting to conclude that new parties formed out of BN would eventually disappear, it ultimately depends on the support of the people and its members to make it successful.