Since taking office on 10 May, the PM Tun Dr. Mahathir Mohamad has been doing a lot of liposuction… not the actual surgery, but trimming down on staff. Hey, he warned already that heads will roll! To date, Treasury Secretary-General Tan Sri Irwan Serigar has been transferred and 17,000 contract staff who are political appointees have been axed.

Even as some have been sacked, other’s have been reinstalled. The ex-officials who were fired by BN, who are now heading the 1MDB task force, ooohhhhh!

In the latest wave, 5 government bodies are on the chopping block – the National Council of Professors (NPC), the Federal Village Development and Safety Committees (JKKKP), the Performance Management and Delivery Unit (Pemandu), the Special Affairs Department (Jasa) and Land Public Transport Commission (SPAD). Mahathir explained that these guys have become “political” or “non-essential”. The Government announces the dissolution of the 5 bodies. Img from Kosmo

Cilisos explores when these 5 bodies were founded, what was their original purpose, and why the government thinks they’re irrelevant now. We’re sure you’re more familiar with SPAD than the other bodies mentioned here what with the drama surrounding taxis and Grab and Uber. SPAD was put in charge of managing all public transport, that includes drawing up policies, plans and regulations. In recent times, they’ve rolled out the LRT and MRT expansion. SPAD is also directly under the PM.

This yo stop bye

While the LRT and MRT have been beneficial for people living in the outskirts, giving them better connectivity, the Government feels it’s unnecessary to have SPAD as a standalone body, so they’ve absorbed them into the Transport Ministry. All 800 of SPAD’s permanent staff will go there.

SPAD had controversy coz Isa Samad who resigned from Felda was appointed by Najib as its acting Chairman. This sparked anger among some parties coz Isa Samad had failed to develop Felda, not to mention he was involved in money politics scandals.

To add salt to the wound, lots of parties want SPAD gone. Taxi associations have urged the government to abolish them saying the Road Transport Department (JPJ) can take over its functions. Other transport and tourism groups said the commission was nothing but a road hump to them.

“With SPAD, there are four permits that taxi drivers have to apply for and carry at all times. In the past, we only had to carry one.” – Zailani Isaisuludin, Malaysian Association of Taxi, Rental Car and Limousine Drivers President, The Star Jenaka Kampung Kalut (JKK) is an old sitcom about the lives of villagers. Screengrab from Nampak Tak on YouTube

JKKKP’s function is to develop rural areas and villages in Malaysia with the involvement of the local community, to create sustainable, competitive and prosperous villages.

Before JKKKP came about, there was the JKKK alone. The JKKK were state-level committees and each state had one. It would be headed by a Ketua Kampung. What happened was after the 2008 General Election, Pakatan Rakyat managed to take power over 5 states – Kelantan, Kedah, Penang, Perak dan Selangor.

So, the BN Federal Government decided to create a federal-level committee called JKKKP – the ‘P’ stands for Persekutuan (Federal) – in order to channel financial aid to the kampungs without going through the state JKKK. They refused to give aid to the states that were under PKR, DAP and PAS at the time, citing fear of funds being misused, but the then Opposition said BN was just trying to keep its political support. 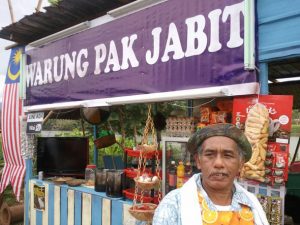 In any case, the existence of two committees made things confusing and was a waste of money coz there were TWO Ketua Kampungs to pay. The National Council of Professors (NPC) was established to get academicians to assist the government’s efforts to develop the country and help society prosper. The idea came from the Higher Education Minister, who wanted to see academicians use their expertise beyond their basic function as lecturers in universities. But it wasn’t just education focused, they would tackle issues in other areas for the nation, like economy, politics, science and math, agriculture, IT, and many more.

Dr. M said the NPC had also diverted from its role of providing the government with academic infor, into a political body used to prop up the old BN government. Political science scholar Faisal S. Hazis, an Associate Professor at Universiti Kebangsaan Malaysia (UKM) concurred that the head, Raduan Che Rose, was seen by fellow academics as more of a government spokesman than a scholar.

On 10 May, the day after PH’s win, the NPC spoke saying that PH’s manifesto is individualistic and populist, which focused more on individual interests rather than national interests. Their study (MPNPoll) on the ’10 promises within 100 days’ by PH, showed that 70% of its manifesto have been implemented by BN. In 2011, when Constitution expert Prof Abdul Aziz Bari spoke about the Selangor Sultan’s decree in relation to the raid on a function at the Damansara Utama Methodist Church. Universiti Islam Antarabangsa (UIA) had suspended him of his duties and yet when academicians spoke out against what was done to the Prof, NPC remained silent.

One prominent academic, Teo Kok Seong of Universiti Kebangsaan Malaysia (UKM), who is a member, understood that some saw the NPC as a mouthpiece of the previous government but urged the current one to reconsider

“We can’t deny that there are overzealous professors among us who defended the previous administration, but this is just a handful of people. Such professors can be filtered out or acted against, but to abolish the MPN (NPC), I feel it is unfair.” – Teo Kok Seong,UKM, FMT The Special Affairs Department, or Jabatan Hal Ehwal Khas (JASA), is the new form of Badan Hal Ehwal Khas (BHEK) which was established after the 1958 General Election. It is under the Ministry of Communication and Multimedia.

It was set up to preserve and protect political, religious and government stability, whatever that means. This body comes up with political analysis and information for the gomen, plus it manages public perception. Additionally, they are tasked with educating target groups on government policies and current issues.

So why is JASA tak berjasa in this day and age? The DAP ADUN for Mengkibol, Johor, Tan Hong Pin, questioned the purpose of having this body and its 1,046 staff, calling it a propaganda machine for UMNO/BN which received an allocation of RM74 mil.

In 2017, Dr. Wan Azizah also brought them up in Dewan Rakyat, questioning why the Director of JASA earns a monthly salary of RM20,592. The PM himself (which was Najib at the time) earned RM22,826 per month, while the Minister of Communication & Multimedia earned only RM14,907 a month. That same year, Rafizi Ramli suggested that the first department to go immediately should be JASA. While it’s not Pemandu’s job to carry out those duties under the GTP and ETP (it’s the jobs of the respective Ministries and the private sector), they’re supposed suggest bold changes to ones in charge, and also provide an independent view of performance and progress to the PM.

We’re not going to look into each marker individually, unless you wanna still be reading this when you’re 93. Before forming the Government, leaders from all 4 of the Pakatan Harapan parties had called Pemandu a failure. “It has failed to deliver on its main KPI, failed to be accountable to Parliament and the public and, most recently, ensnared itself in possible conflict of interest situations.” – Ong Kian Ming (DAP), Wong Chen (PKR), Dzulkefly Ahmad (Amanah) and Rais Hussin (PPBM), FMT

With all these cuts, guess how much money the Government can save… People have complained about Malaysia’s bloated civil service for a long time, so at long last, steps are being made to address the issue. You won’t believe how much money can be saved……. RM500 million! That’s right, with the dissolution of Pemandu, JKKKP, NPC, JASA and SPAD, the Government will save RM500 mil EVERY YEAR.

The disbandment, which involves around 3,000 staff, is expected to reduce management costs, especially involving wages and operational costs in the country’s annual expenditure. Economic expert, Prof Dr Barjoyai Bardai said the government can save around RM200 million annually on wages, and RM300 million a year on administrative costs.

But the Government is also walking the talk themselves coz all Ministers have agreed to take a 10% pay cut.

“This is the habit of mine. When I was first appointed as the prime minister in 1981, I had cut the salaries of ministers and senior civil servants. As you know, the senior civil servant servants are better paid than the ministers. It is up to them if they feel they want to contribute towards lessening the cost in running this country, they can do so. We will not force them to do.” – Dr. M said, NST 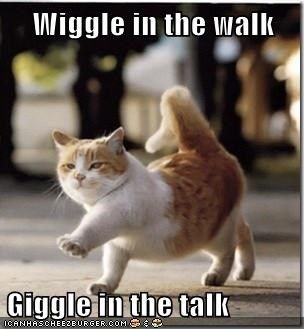