Earlier this week, we published an article about the Malaysia Nude Sports Games 2014 in Penang. We kinda figured the matter would tide over on it’s own since no one was hurt or offended in the process.

But then again, you know what Malaysia is like lah.

We just found out that a woman has been arrested over the incident and the cops are now seeking Interpol’s help in tracing the rest of the participants, which left us a little guilty about publishing an article about it in the first place.

So we publish another article lor. Negative and negative become positive mah. This time though, we’re going to look at whether or not the cops have a case, or if this is another case of hangat-hangat tahi ayam.

The news article mentions that the case is being investigated under Section 509 of the Penal code (Yes, yes. We get it. Stop giggling) and we thought we’d take a closer look (Seriously, stop giggling) to see if they have a case.Well, obviously no one here at CILISOS is a lawyer (except for Terence Toh, but he’s not picking up our calls) so we decided to again consult with Fahri Azzat of Loyarburok who also contributed his legal expertise to the earlier article. 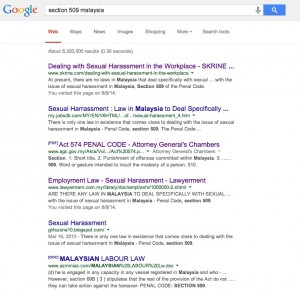 When we Googled it, it seems to deal more with sexual harrassment, mainly in the workplace. Here’s the actual law itself, bolded for our emphasis:

Whoever, intending to insult the modesty of any person, utters any words, makes any sound or gesture or exhibits any object, intending that such word or sound shall be heard, or such gesture or object shall be seen by such person, or intrudes upon the privacy of such person, shall be punished with imprisonment for a term which may extend to 5 years or with fine, or with both

Sooooo… no one saw them do it….because no one reported it two months ago….. but the people who had their modesty insulted…… got insulted after..they..watched…the…video. 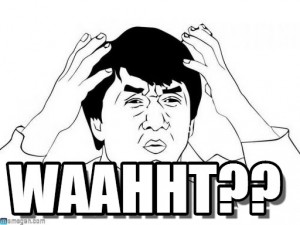 Oh-kayyyyyy……So basically it’s like if you were showering at some eco resort and a curious monkey happened to open the latch of your window, everyone who saw you nekkid before you closed the window could lodge reports against you using this reasoning. But what do we know? We aren’t lawyers.

But Fahri is, and this is what he has to say (slightly edited for length):

Now, to the event itself, it is not enough that the nudists went around naked and it offended some people. The prosecution needs to prove the nudist intended to insult someone’s modesty ….  My opinion is that they were nude because they simply enjoyed being nude outdoors by the beach [so] I would say they lacked a criminal intent when they were naked.

Now, the original statement from the Nudism Malaysia site stated that while public nudity is illegal, it isn’t technically illegal to be nude. They cite Malaysian law Act 336 (Minor Offenses Act of 1955) clause 28(e) where it is an offense for:

Exposure of person with intent

(e) every person willfully, openly, lewdly and obscenely exposing
his person with intent to insult any other person;

Considering that their events are private and away from the public with measures taken to prevent the involvement of non-members, they should be within the bounds of the law.

…being nude in Malaysia is only an offence if you purposely, openly, lewdly, obscenely, and intentionally display your genitals (or your nude state) to others with any intention to insult them. …I would say the incident fails the test of section 28(e) because there was a lack of intent.

We didn’t provide a link for the Nudism Malaysia site because it’s been taken down and the wikipedia entry which we referenced in the previous article has also removed information related to Malaysian activities.

Terence Toh, who called us back, also wonders why they’re using Section 509 instead of Section 292  which is related to the sale, distribution, etc. of obscene material. The actual law itself is really long, so you can expand it only if you really wanna:

Terrence Toh would also like to mention that he wrote an article related to that law.

NAH, BACA:
1 out of 10 elderly people in Malaysia may be victims of abuse. What can we do about it?

That Malaysians are really good at overreacting. It hurts, but it’s true.We will remind you again that the actual event took place two months ago and no one was offended then, which we make the assumption based on the fact that no one called the cops or made any mention of it online. Not even the watchman on duty at the time (whom the participants had informed, according to the description in the video).

It took two months for someone to come across the video, post the link to Facebook, and that’s when people started lodging police reports claiming that their modesty was outraged. And again, no one forced them to watch it. We highly doubt that the original poster of the video or the participants intended to “outrage the modesty” of anyone, since the video (and all others in the channel) was removed, along with the website and wikipedia entries.

Heck, if you searched for “Penang nudes” and accidentally hit the “images” tab you’d better have a truckful of modesty to be outraged. And in case you’re wondering, it’s the same for all states no matter which political party controls them. Don’t search Johor nudes though. Just. Don’t. 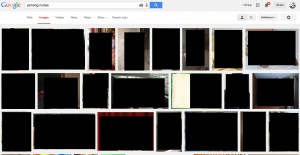 It really isn’t as much a matter of the law as much as it is a matter of social justice. We sit on or comfy chairs, prowl the Facebooks looking for something to get outraged about, share the heck out of it and then publicly shame and/or stalk the people involved with bonus points if it gets turned into a racial, religious, or political issue. And after the authorities get involved, we pat ourselves on the back for a job well done (or make further complaints about the government being unfair, if you disagree) and move on to next girl and her pet steering lock.

It’s a shame if not a disgrace that the police and prosecution are wasting their time, efforts and our tax money over such cases.

But thennnn…. that’s not to say that the nude sports people are without blame. If anything, someone should have foreseen the potential consequences if this video made its way into the public eye. Why wasn’t it private? Why weren’t the identities of the participants concealed in the possibility that this may happen? We don’t know if they got too lax with their activities or if it was just simply a lack of knowledge of how wild the internet can be. 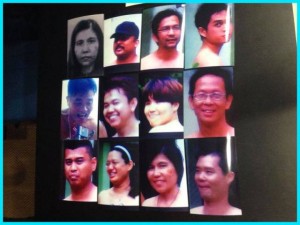 Too late for that now (Image credit: weehingthong.wordpress.com)

So we think the applicable lesson for all of us here is that nothing is sacred when it’s put up on the net; so watch what you share, post, or otherwise say on the interwebs, and check those privacy settings. You don’t know when it’ll come back to bite you in the bontot.

As you can read from this article, people in other countries have gotten in trouble over their desire for nekkidness. The difference is that those in the article were exhibitionists looking for a sexual thrill while those in the nekkid sports event were just enjoying nature in their own nekkid little way.

And that’s something we don’t think they’ll be doing again anytime soon.