So in case you haven’t heard…on Friday 4th March, leaders of PAS, AMANAH, UMNO, PKR andDAP held a joint press conference to announce their intention of ousting the least popular man in ASEAN, our Prime Minister, Najib Razak. We posted the bizarre group photo on our page, and it was viewed over 60,000 times within 2 hours. “As you can all see, this is a very strange group of people. There is only one thing in common – we are citizens of this country.” – Tun M, to Malaysiakini

Heck, even Ambiga and Maria Chin Abdullah were there as well, and #SaveMalaysia is of course trending on Twitter.

So are they forming a new super-party!? Er. Sorry to disappoint. The answer is NO. #shamelessclickbait #ihatecilisos

The group is NOT actually a new political party, but a citizen’s declaration (as individuals, not political party leaders). It just so happens that the ‘citizens’ in the press conference are all political powerhouses. Just how unifying is this group? Well here’s the breakdown of members.

Nurul Izzah wanted to attend but was on trial for defamation, and Wan Azizah was reportedly asked to stay at home to maintain PKR’s independence from a party perspective.

And as if that wasn’t enough, Anwar sent his support from jail as well (how does he send these messages!?), indicating support for the man who effectively put him in jail in the first place. Cheh. If not political party then what can they achieve? A photo of Michael Jackson with Bruce Springsteen, Lionel Ritchie, Cindy Lauper, Tina Turner and a few others for We Are The World. Image from Glogster.com

Back in 1985, the top pop stars in the world got together and sang “We Are the World”. The song, was a massive hit, and resulted in “an international focus on Africa that was simply unprecedented”, including not just millions in donations, but also forcing the whole world to look at solving the African problem.

Back in Malaysia, our own political popstars (of individuals) all sat down and (starting with Mahathir) signed a document, agreeing on the following common goals.

Interestingly, there was also a long document attached that listed all of Najib’s alleged crimes against Malaysia, which was read in entirety by Mahathir during the press conference. Of course it covered things like how badly Malaysia rated today, 1MDB, and Najib’s firing of people like Muhyiddin. The document actually seems kinda casual. For instance, check out point #31. of 37. Heehee.

“#31. Rakyat juga semakin menderita.” – from the full text of declaration on Malaysiakini

Insiders say that the reason for this was to draw attention to the issues surrounding Najib and to show the grassroots that it was okay to go against the government.

“It’s kinda like the G25 (25 Moderate Malay VIPs that signed a petition last year), but way more power la. The first thing that they did today was to change public perception. At the kampung level they love Mahathir wei,” – an insider who attended the press conference (not CILISOS). 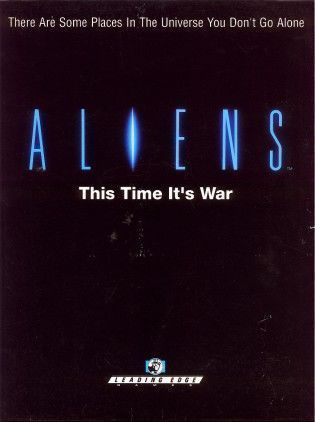 When leaders from a variety of political backgrounds unite, it sends a VERY strong message. It’s like in those movies where everyone is at war until an alien force invades, and the whole world unites to fight it.

“We can’t be consumed by our petty differences anymore. We will be united in our common interest.” – Some sci-fi movie.

It tells rural folk that if their former leaders are ready to sit at a table with former enemies and vice versa, that this time… it’s serious. It also gives more courage for people within UMNO to rise-up.

And who’s gonna lead them? Officially, the group has said there is no one person identified to replace the current PM, and that the priority is to remove Najib from power. However, there’s significant evidence that all of this came from Mahathir. Even in the list of demands, there was this gem at point #4…

… that strongly indicates he wrote this whole document himself. But that’s not really a surprise to anyone. What’s surprising IS that Mahathir AND his former enemies including two people he arguably imprisoned are willing to set aside their differences for a bigger purpose. In fact, during the press conference, he was asked how he will be able to convince those who are against DAP to support the anti-Najib campaign.

“This shows that we are still thinking about parties. We are citizens of Malaysia,” – Tun M.

In fact, he even went as far as to say that if indeed UMNO was ejected, if DAP had the most support, that it would be the people’s choice to choose DAP(!). When asked if he would campaign AGAINST UMNO if Najib was leading them in GE14, he said…

“As long as Najib is not there, I can campaign for anyone. If Najib is there, useless lah; he is the one who destroys the party. All machinery is destroyed, including the police, attorney-general, and so on.” – Tun M.

Sometime last year, we did a poll among our readers of whether Mahathir still loved Malaysia… and 53% of you answered “YES”, while 32% said “Not as much as himself“. How about now?

In fact, instead of ending with Mahathir, let’s end with a quote from one of his oldest adversaries.

“The country is at an important juncture and a watershed movement. This is not a realignment of political forces but an alignment of Malaysians to save Malaysia. “That’s the more important aspect. I urge all Malaysians to put the nation above anything else.” – Lim Kit Siang, Malaysian Insider