A few weeks ago…

I was at an al fresco dining outlet by KLCC Park. I asked for water and the waiter asked me which premium bottled water on the menu I preferred.

“There are bugs in the park, and they sometimes land in the water. After some customers complained about bugs in their water, we stopped serving water from the jugs.”

I had no idea bugs were so discerning, choosing to land only in tap water, not french mountain spring water, or any of the other super sugary beverages on the menu. I always thought bugs liked sugar.

When the bill came, I again raised the issue with a supervisor who told me “We don’t serve water because actually we don’t have a proper water filtration system in place.“

Then I asked him back, “So… What did you use to wash my salad?”

You’re not going to believe the reply that came next. 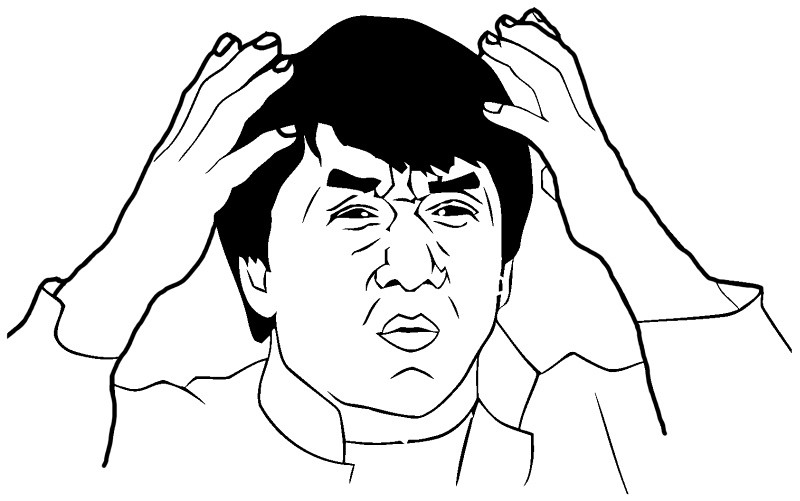 Now there are two concerns – not only is the water not free, it’s cleanliness is questionable.

So (obviously), after that, I went to see my lawyer…

Not being dramatic ok, but this restaurant had basically admitted to me that their water was not clean enough to drink. Surely they had to be in violation of several laws. So I went to see my lawyer who told me:

Then I tried to get the water tested by a lab…

How else am I going to find out if the water is clean enough? A few phone calls later, I found out that the Malaysian Department of Chemistry doesn’t have time to conduct water tests for angry restaurant patrons.

On their advice, I called up a private lab listed on the website of the Malaysian Department of Standards (who, as it turns out, is a real department, and deals with things other than kids from Standard 1 – Standard 6.)

So I’m on the phone with the lab, and the lab assistant on the other end of the line responds as if he thinks I’m a lunatic with nothing better to do. He tried to deter me from doing the test repeatedly, going so far as to defend the F&B industry, but I insisted on getting a quotation. Here are some of the things he told me (and my responses in red):

2. But I shouldn’t do it, because I should just have faith that our water is clean. 4. If I think a restaurant is dirty, I should quit whining, and just go to another one.

After my reply, which I’m assuming got him interested in fighting the good fight, he simply replied by asking me out to dine at that restaurant.

With no answers to my questions, coupled with the fact that I don’t have RM1,600 to blow on water testing, I filed a complaint with the KL Health Department.

I’m not in this photo. Photo credit: Noorizamsabran.com

I called up the Food Quality Control Division at the KL Health Department and spoke to Encik Amirul Ikhwan who was extremely professional and took down my complaint. He assured me an investigation would be conducted, and even asked for my contact details to provide me with feedback. The whole thing was sorted within 5 minutes, and he even gave me a time frame within which they would respond (1 month!)

NAH, BACA:
The latest source of 4D lucky numbers for Malaysian gamblers is... a Haji?!!

Here’s a recording of my complaint (please ignore the beeping sound. It’s not some high tech bugging device, just my phone running out of battery):

“Wah June you damn crazy… Too free is it?”

No, I’m not – you need to be hardcore about this water issue.

Restaurants may not be legally obligated to serve you water. But they should be able to if you ask.

You know why? Because the quality of the drinking water served at a restaurant can tell you everything you need to know about the level of hygiene and the quality of the food that’s about to be served to you. If they can’t even serve you a simple glass of water from their establishment, how can you trust them to serve you anything else?

But that’s just one part of my story. As for the second part…

Restaurants that charge for plain water are totally ripping us off!

Did you know that it costs a restaurant only RM2 per 1,000 litres of water? Syabas has done the math for you – even if a thousand customers walked into a restaurant and ordered one litre of plain water each, it would only cost the restaurant RM2. This, when some restaurants are charging up to RM1.50 per glass (lets say that’s 250ml for ease of calculations) – that’s RM6 per litre. For 1,000 litres, they would have made RM6,000 when their cost is still only RM2. Even if it’s accounting for their overheads, this figure is simply exorbitant. A hat tip to the KL Karaoke Klub (KKK) for this image. https://www.facebook.com/klkaraokeklub

Did you know that Malaysia has one of the world’s highest number of diabetes cases with 2.6 million registered patients (yep)? The Ministry of Health reports that an equal number of adults are reportedly at risk of diabetes without even knowing it.

There’s already heaps of hidden sugar in the calorie-rich food we’re used to consuming, that’s why you should always choose water over the other sugary drinks on the menu.

Editor’s note: Having worked in the F&B line before, we’re aware that the main cost of most restaurants is unfortunately not the food or water, but the rent and manpower costs. So we kinda understand where restaurants are coming from. But if you’re charging more than RM15 for a main course, then give la the water free. For me, it’s an issue of pettiness. And Diabetes. And wasted plastic bottles.

So the next time you’re at a restaurant…

1. Ask for a glass of water before anything else! If it’s not free, name the restaurant on the Free Water Forever Facebook Page so people know which restaurants are not serving free water, and how much they are charging for water. Together, we can influence change, and ensure that every restaurant in KL provides free drinking water!

2. If you are served water that is not up to standard (for example, it’s yellow, tastes funny etc), lodge a complaint with your state health department – KL (here) and Selangor (here).

It’s so easy. Just a little bit of effort on your part, but together, we can ensure a better dining experience for all Malaysians!