Biography book sales across Malaysia might be getting a slight bump next month, thanks to the recent hype generated with the release of Robert Kuok’s (a.k.a The Sugar King) memoirs. It was released in Singapore on 25th November 2017, and articles solely devoted to excerpts of the book have been circulating on the media over the weekends.

The world’s richest Malaysian’s insights on the country’s early years, his relationship with the first Prime Minister, and even his views on the Chinese in SEA became article worthy for both local and foreign news outlets. Due to his habit of refusing to grant interviews to the media (thus being named world’s shrewdest businessman), and given his reputation and influence in SEA, it becomes more understandable why his opinions from the book became such a hot topic in our region.

Unfortunately for Malaysians, his book will only be released here on December 1st 2017 (if the gomen censorship hasn’t changed their mind by then). Speaking of which, although he’s a Malaysian citizen, he has been living in Hong Kong for the past 44 years, and the reasons why are something that many people are curious about: There are 2 major “theories” online offering an explaination, so we decided to look into which is the truer one.

Theory 1: “The greedy gomen forced him to sell his business”

A relatively recent theory suggests that he left in 2009 after losing the “Sugar King” title in Malaysia. In this story, the gomen under Najib pressured Mr.Kuok to sell his sugar business over to FELDA. The story ends with Robert Kuok getting revenge by stopping a palm oil trade deal between Najib and China. That’ll teach the greedy gomen to mess with a billionaire! 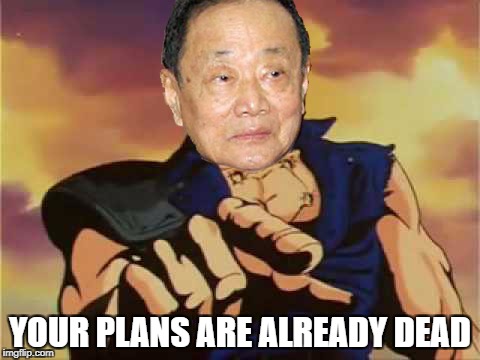 Original image from Fist of the North Star

The 94 year old billionaire was born in Johor, and got his early education in Johor and Singapore (where he was classmates with the late Lee Kuan Yew). Shortly after his father passed away, he and a few of his family members started Kuok Brothers Sdn. Bhd. in 1949, and they eventually expanded their business into Singapore and Hong Kong. According to multiple sources, Robert Kuok moved to Hong Kong in 1973, some 44 years ago. Prior to that, he was believed to be operating between Singapore and Johor. So knowing the fact that he was already abroad 4 decades ago, we can consider this theory BUSTED.

But still, did he really just voluntarily gave up his position as the Sugar King? Or did someone really forced him into selling his kingdom?

Based on multiple economic analysis, Robert Kuok most likely sold off his Malaysian sugar refining business because of a good business sense. One of the main reason was probably the uncertainty the sugar market was beginning to face at the time. The main global sugar suppliers were facing a shortage due to droughts in some places and excessive rainfall in others. Between 2005 – 2008, refineries were paying 0.09USD for a pound of sugar, but in 2009, they had to pay about almost double that amount (0.175USD/per pound). 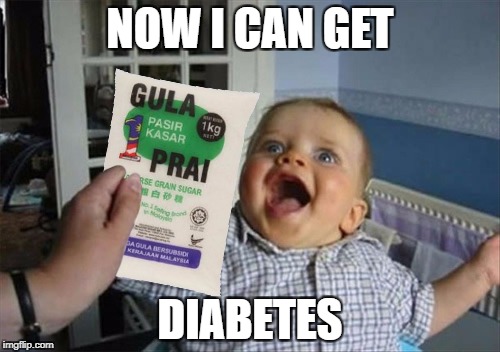 Sugar at the time was still a subsidised commodity in Malaysia, and the subsidy only ended in 2013 for health promotion reasons. That means, even when sugar refineries had to pay extra to buy raw sugar, the rakyat would still only need to pay a price fixed by the gomen, so the refinery’s profit would be greatly affected.

On top of that, analyst argue it wouldn’t have affected him that much because in comparison to his other business elsewhere (such as Wilmar International, worth more than RM95 billion), his Malaysian sugar business (sold for RM1.2 billion) was small in comparison. So considering all that, it was more likely a good exit opportunity than a threat from the authorities, although the real reason was never made public.

“He would also have seen the advantage of exiting on good financial terms. The resources thus freed could be redeployed.” – Robert Kuok: Family, Dialect, and State In the Making of A Malaysian Magnate, University Malaya

The New Economic Policy introduced after the May 13 1969 riots, and with it came the controversial increase of Bumiputera ownership of enterprises. Robert Kuok himself might have given this theory some credit recently. According to excerpts from South China Morning Post, Robert Kuok recounts how within a year after he set up MISC (a Malaysian shipping company that’s present until today), Prime Minister Tun Razak pressed him to increase the company’s Bumiputera ownership. But within 1 or 2 years, the PM went back to him again with the same request. 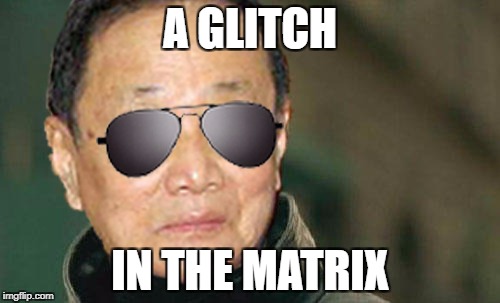 Original image from The Matrix.

“Tun, I have always cooperated with you, but it’s getting very difficult. Three, four years have elapsed from formation, but I would be loath to ask you for a premium since we are a growing company. So I will go back and ask the board again to issue shares at par to you. But Tun, can you please promise me that this is the last time?” – Robert Kuok Memoirs, quoted from South China Morning Post

Keep in mind the NEP was introduced around 1971, while PM Tun Razak was in office from 1970 – 1976. So the theory is possible since all of this coincided within the period before he moved to Hong Kong. But on the other hand, Robert Kuok had always been mindful about the gomen’s worry for Bumiputera participation in his other companies, so some argue that the NEP didn’t really affect him that much.

Following in his father’s footsteps, Robert Kuok was actually quite acquainted with the Malay elites in Johor, and was even close with many members of the Johor royal family. Even before the NEP was introduced, he appointed some of his friends as Directors or board members in several companies he helped founded. He appointed members of the Johor royalty and close Malay friends into management positions of PPB, Federal Flour Mills, and Pelangi Bhd, and made several other prominent Malay figures as shareholders of MSM.

The bigger reason is actually less exciting than the 2 theories 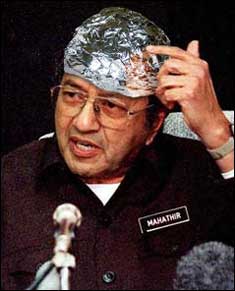 It makes sense if you think about it. Image from barenakedislam

While there might be truth to Theory 2 (and we’ll never know about Theory 1 until we read his memoirs), there is a third reason, which isn’t so konspirasi la. Firstly, we need to know that around the time Mr.Kuok moved away, China was also beginning to adopt the Open Door policy to reform itself and allow foreign investments into China. Kuok’s decision to diversify into Hong Kong was also a sign that he was already eyeing the potential market in China. But in that era, China and Malaysia weren’t exactly good friends (you know, because of the whole communist thing).

“Kuok found it necessary to relocate himself and his business to Hong Kong because travel for Malaysian citizens between Malaysia and China was still officially discouraged.” – Robert Kuok: Family, Dialect, and State In the Making of A Malaysian Magnate, University Malaya

Hong Kong on the other hand, is an important gateway into China, and both of the countries depended quite heavily on one another. Hong Kong was also famously a laissez-faire economy, meaning that the its policies were very industry-friendly, their gomen seldom kepoh, and gives a lot of freedom to the economy.

In his own words, Robert Kuok compared China and Hong Kong to the Ocean, and said he was a fish in a pond that wanted to grow larger. Even after he left Malaysia, he still had many major business interests in Malaysia, from sugar, to hotels (Shangri-La hotel in KL and Penang), to shipping, and also finance. Even after he sold his sugar refineries, his business in Malaysia had been diversified further into flour manufacturing and palm oil. So in a way, he never left, but he’s just no longer the king of something.

Despite staying overseas for so long, Robert Kuok has chose to keep his Malaysian citizenship. Maybe its the fact that Hong Kong doesn’t allow dual citizenship. Maybe this was also a calculated business decision. But according to a rare interview he gave to Singapore’s Straits Times, Robert Kuok said that even though he’s in Hong Kong, Malaysia would always be his home.

“Roots are roots, except that my other root is the root of my parents — and that is China. I am twin-rooted.” – Robert Kuok, quoted from Malay Mail Online