A couple weeks ago, my Soscili colleague and I were seated in a little room; notebooks in hand and nervously awaiting the arrival of Imam Khalid Latif. This name may not be a familiar one to Malaysians, but it definitely is with the US Federal Bureau of Investigation. He’s had FBI agents show up at his front door to tell him they were watching him, pulled off the streets of New York by the Secret Service, and whipped straight off planes after landing to be inspected by US government agents.

And at that point, he had just arrived in Malaysia for something that some people would consider dangerous here – an open dialogue on Islamic faith. If you expected something more bombastic, we apologize for using the existing media bias about Islam to clickbait you #ihatecilisos Imam Khalid is actually a celebrated Islamic speaker and supporter of interfaith dialogue. He was also the youngest person to be appointed a chaplain (religious leader) for the New York Police Department, as well as the chaplain and director of the Islamic Centre at New York University. At 33, he’s had dinner with Obama and talked religion with the Dalai Lama and Pope Francis – which is pretty impressive for someone who was never religious in the first place because…

Khalid Latif only started his journey to Imam-ness after he…. ponteng sekolah??  😯

Born to immigrant Pakistani parents in New York, Imam Khalid considered himself a “double minority” – he didn’t fit in with the stereotype of the “White American” and, after being called “Michael Jackson” by a kid on the streets during a trip to Pakistan in the 90’s because of how he was dressed, realized that he wasn’t truly Pakistani as well.  This experience got him thinking about social issues such as diversity and equality, and where he belonged in the scheme of things.

While Imam Khalid says he had a basic exposure to religion and Islam growing up, it didn’t particularly resonate with him. In fact he remained distanced from the religion until he was 15, when he decided to skip school one day and felt compelled to enter a mosque. For the interview, we centered our questions around faith issues that were relevant to Malaysians, but NOT on specific issues themselves, like PAS’s Hudud agenda. Kasi chans la, the guy had only been in the country for less than a day. But in a way, not being familiar with these issues also makes him the most neutral commenter  😀

Here are some of the questions we asked him:

1. “Should Sunnis and Shias not hang out?” Just as a quick rundown, Sunni and Shia Islam are two sides of the same Dinar – they’re Islamic denominations except that they don’t see eye to eye on certain issues. Sunni is the official Malaysian path while Shia is considered deviant, with the religious authorities cracking down on Shiites from time to time.

When we asked Imam Khalid (who belongs to the Sunni school of thought, btw) about this, he kinda brought it to a larger perspective – that Muslims are a growing demographic in many areas of the world, with not just different schools of thought, but race and social classes as well. He shared how he was introduced to NYU’s Islamic Centre by an a scruffy surfboard-carrying Indonesian named Riduan,

“I had literally never seen a Muslim like that before and I was thinking we’re in the middle of New York where there’s no water, and here’s this guy carrying a surfboard.” – Imam Khalid, in interview with CILISOS.

At the same time though, with the growing sense of Islamophobia in America and many parts of the world, there’s never a greater need for believers to be united:

“Where I come from, the people running the the country are saying on the TV right now that people like me should be banned and thrown out of the country. They’re not saying a Sunni Muslim or a Shia Muslim or a Malaysian Muslim… they don’t discriminate against us because they hate ALL of us. So why should we be doing the same by discriminating among ourselves?” – Imam Khalid

2. “Is there something about Islam that encourages followers to become extremists?” This image will make sense soon. Image from DettolDisney.

Of course we had to ask this question la. Specifically, we wanted to know if the statement that “Islam breeds terrorists” has a degree of truth to it or not. But to get into that, we first received a quick history lesson from Imam Khalid, and it has a lot to do with the September 11 attacks. 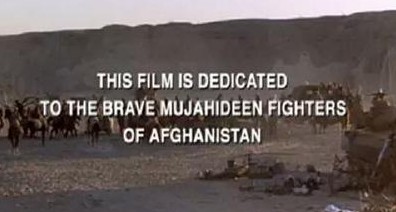 He says that before 9/11, Islam was viewed by the west as something that was sensualized and foreign, like in cartoons and Chuck Norris movies. Terrorism and extremism, surprisingly (not really), has existed waaaaay before that. However, the link between Islam and terrorism became established in the years AFTER 9/11:

“After 9/11, the Bush administration made attempts to reduce the backlash by saying the attacks had nothing to do with Islam; compared to today where there’s no such filter from political parties – aided by the media that gives legitimacy to these ideas.” – Imam Khalid

And so, we end up with a chicken and egg situation, where non-Muslims form this super-negative idea of Islam based on what they read, and Muslims themselves are affected because they feel victimized and misunderstood – leading to anger and a need to “defend” their religion:

“The extremist mentality isn’t specific to Islam… you also have extremists within the right wing groups in the US.

NAH, BACA:
Does slavery exist in Malaysia? These ex-slaves share their answer through… dance??!

3. “Can Islamic laws still be applied today, and is being liberal bad for Islam?” Click here to read our Sisters in Islam article!

We lumped these two questions together since they’re kinda related, because “Progressive” and “liberal” have become very pointed words in Malaysia when it comes to Islam, with groups such as Sisters In Islam and the I Want to Touch a Dog event getting flamed for promoting ideas that are supposedly against Islamic beliefs. Added with the discussion of PAS’s Hudud agenda and how chopping hands is simply unacceptable in today’s modern world, we can’t help but ask Imam Khalid if Islam is stuck in the past.

Again, he made it very clear that he’s saying this without knowing what’s happening here, but to him there there isn’t a conflict between Islam and modernity… the problem is the people who are interpreting the rules:

“Islam and Sharia – if that’s what we’re identifying islam as – has an idea of both continuity and change. It’s not a fixed system that exists in this concrete way that’s not malleable.

I think the challenge is when we look at these ideas and frameworks in Sharia through modern lens and get lost within the text, not allowing us to understand how we function within today’s modern society. The challenge is that religion is not inherently good or bad… religion is just religion. It’s what people make of it and what they do with it. So to me, I don’t see a conflict between Sharia and modernity, but Muslims are people and people do terrible things.” – Imam Khalid He also thinks that the understanding of what Sharia (and even Islam as a whole) is has become a little muddled, to both Muslims and non-Muslims:

“In the United States most Muslims don’t know anything about Islam, let alone non-Muslims. It gets complicated when the ego makes it hard to say “I don’t know” when Muslims get asked about it, and they make up answers. So what Islam is actually saying about most things, the common person might not know but they’re still answering it.

And this goes hand in hand with the reductionist (simplified) approach to Islam that doesn’t allow examining the relationship between the religious text and the context (current situation), like everything is fixed and nothing is fluid.” – Imam Khalid

And what happens is that some people take advantage of this lack of knowledge:

Because of [the lack of knowledge on what Sharia means], there are those who are capitalize on it by turning the word into whatever they want to, and it’s the furthest thing from what Sharia actually is. – Imam Khalid

4. “Does learning and discussing other religions weaken the faith?”

Well… rather than write about this, how about if we watch a video instead?

This is a trailer for Of Many, a documentary between Imam Khalid and his close friend Yehuda Sarna, a Jewish Rabbi. You can also read a transcript of an interview with them here, so we figure you’d get an idea of what Imam Khalid’s answer to this question is, eh?

At the end of the day, Islam is about knowing yourself and the people around you Thats Imam Khalid in the middle!

When we replayed the recording of our interview with Imam Khalid we noticed that, compared to other religion-based interviews we’ve done, he never once quoted from scripture. Instead, he talks a lot about the heart and relationships with people – about knowing yourself and the people around you. It’s almost as if he’s trying to say that the function of religion shouldn’t be to show you’re better than other people, but rather the opposite – to keep you grounded in order to understand yourself and other people better.

But that’s our conclusion. We’ll let you decide this one for yourselves:

“People have a spiritual side to themselves, as much as they have a physical, mental and emotional one. I mean, like, pain is real. Sadness is real. You can’t fix everything just by telling people it’s a test from god, or to put their trust in god.

You have to embrace your role as a representative of the Divine on this earth, so that people, through having met you, not only believe god exists; but that god is a merciful, loving, just god – a god that someone would have actual hope in. The challenge is letting people be able to believe that they can still be better tomorrow even if today was very difficult.” – Imam Khalid