(Disclaimer: The image above is actually of NZ soldiers burying one of their own in Melaka, at the same cemetery the Aussie soldiers were buried in. But based on articles like this, they may be facing a similar problem that Australia faced in this story.)

Many of us would have at least heard of the Vietnam War. Movies like Apocalypse Now, Forrest Gump, Full Metal Jacket, and others all make reference to the deadly war that lasted about 20 years. Jokes aside, while it was called the Vietnam War (and most of the war fought in Vietnam, Cambodia, and Laos), a lot of other countries were actually involved it in it. (This website lists down 21.) Malaysia however, was not one of those countries. Which only led us to ask this question.

Why in the world did we recently send back the bodies of 32 soldiers that died in the Vietnam War back to Australia??!!

Australia was actually part of the Vietnam War

In a nutshell, the Vietnam War was a war between the communist North Vietnam (supported by the Soviet Union, China, and other communist countries) + their allies in the south known as the Viet Cong, AGAINST South Vietnam (backed hugely by the USA but with other anti-communist countries as well). While the date differs as to when the war first started, the war went on for about 20 years between 1954-1975.

Image by Horst Faas on CNN.

During the war, Australia was an ally of South Vietnam, and they entered the war in 1962.

“Australian support for South Vietnam in the early 1960s was in keeping with the policies of other nations to stem the spread of communism in Europe and Asia. In 1961 and 1962 Ngo Dinh Diem, South Vietnam’s leader, repeatedly requested security assistance. Australia responded with 30 military advisers.

Their arrival in South Vietnam in July 1962 was the beginning of Australia’s involvement in the Vietnam War.” – Australian War Memorial Australian military arriving in Vietnam in 1964. Image by Nick Dowling, on Wikipedia.

In total, almost 60,000 Australians served in the Vietnam War, and from that number 521 of them lost their lives. However, not all their were returned to Australia because those who died before 1966 ended up being buried overseas.

Okay we apologise for taking so long to get here. So recently Australia decided to take home the bodies of 33 of their soldiers that died in the war, 32 from Malaysia and 1 from Singapore. Malaysians carrying the bodies of the Australian soldiers. Image from abcnews.go.com

But the reason why they were here in the first place was because prior to 1966, Australia’s policy (called a repatriation policy) was that any soldier who died overseas after World War 2 would not be brought back to Australia by the gomen. Instead, they would be buried in the nearest Commonwealth country OR be brought home by the family of the deceased themselves. 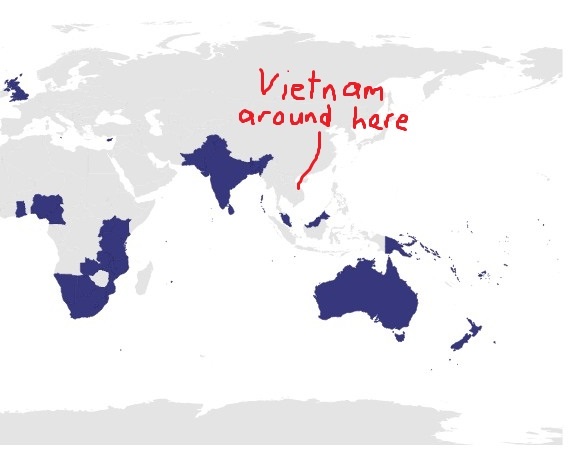 And Malaysia is, in fact, the nearest Commonwealth country to Vietnam. They were buried at the Terendak Military Cemetery, Melaka, which has a number of graves of British and Commonwealth troops, and is also the burial place for not just Australian soldiers who died in the Vietnam War, but New Zealand soldiers as well.

Australia did eventually change their repatriation policy in January 1966, but those changes did not mean that the gomen was going to bring back those who died before 1966.

Several people in Australia however, have been campaigning for these people to be brought home for a few years now. In November 2013, The Vietnam Veterans’ Association of Australia actually started a campaign called “Operation – Bring Them Home“ calling for these soldiers to be brought home. But it wasn’t until May 2015 that former Prime Minister Tony Abbott announced that they would be looking into bringing these bodies back to Australia, the biggest single repatriation in their country’s history.

“As 2015 marks 50 years since the arrival of combat troops and the escalation of Australian involvement in Vietnam, it is right and proper that we honour their service with this gesture.” – Former Australian Prime Minister, Tony Abbott, as quoted by Sydney Morning Herald

These Australian soldiers are finally home 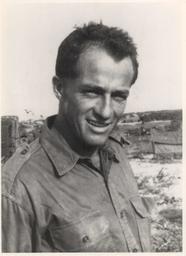 “He is finally coming home.” – Christopher Bowtell, grandson Robert Walter Bowtell, one of the fallen soldiers, as quoted by Channel News Asia

Honestly, many of us may not be able to completely empathise with the situation, but as the quote above shows, it does mean a lot to the families of these soldiers.

The Australian gomen has said that once these soldiers are back in Australia, their families willl decide where to place their remains. And with these men finally home, we hope that both them, and their families, will have finally found their peace.

Can you hear Australia’s heroes marching?

Can you hear them as they march into eternity?

There will never be a greater love

There just couldn’t be a greater sacrifice

There just couldn’t be

– Can You Hear Australia’s Heroes Marching, by Peter Barnes