300  taxi drivers protested in front of MyTeksi’s headquarters on 29 June. There were no reports of them carrying spears, wearing spanders, or slogan-shouting “tonight we dine in h*ll”. They were, however, unhappy about MyTeksi launching its GrabCar service, which competes with them.

“Our business has dropped about 60% since the service started last year.” – Ricky Subramaniam, taxi driver & MyTeksi user, The Star

Chup, weren’t taxi drivers protesting against Uber? Since when did GrabCar come into the picture? So now taxi drivers love Uber and hate MyTeksi… no wait, they hate GrabCar and love MyTeksi and…or do they hate them BOTH?…. ARRGGHHH we’re so confused!

What da heck is the difference between them? How to pick??? Original image from Poskod

Thanks to these apps, a taxi is not just a taxi any more. Now you’ve got app-less taxis, taxis that use MyTeksi or Easy Taxi, drivers that use Uber and Easy Plus+, limos that use GrabCar and Blacklane. Sweat!

OK, let’s just break down the differences between these apps first:

MyTeksi – Has 2 apps. MyTeksi app is fully legal coz it uses registered taxi drivers. GrabCar app on the other hand is 0.5 legal, meaning the business itself is legal, but the manner of operations is not coz they use private cars which don’t have the correct licence.

Uber – Has 2 lines of cars. UberX is the low cost service which offers rides on cars like Myvi and Proton Saga. UberBlack is upscale one which offers rides on Nissan Teana and Honda Accord. Uber is considered 0.5 legal just like GrabCar coz they also use private cars without the correct type of licence to ferry passengers.

Other services – Not exactly the same but similar concept sees Blacklane come into the picture. Blacklane uses limo cars but has been impounded by authorities before. Did you know the Government also launched its own TR1MA taxi app? But when we checked, it’s not available on App Store or Play Store.  There also used to be another company, Easy Taxi, that was similar to MyTeksi and is fully legal, using proper taxis. They also launched their own private car service to rival Uber but according to industry sources, Easy Taxi has since closed shop.  🙁

Wait, what special licence thingy is this?

You need something called a Public Service Vehicle (PSV) licence. A PSV licence is what makes it legal for taxis to be…errr…taxis. It’s not like one can become a taxi driver with the standard Lesen D. So, how exactly does one get a PSV and a permit? Well, we contacted the Land Public Transport Commission (SPAD) (and we have to say, we’re quite surprised at how quickly they got back to us so kudos to them for that) and they said that the PSV licence can be obtained from the Road Transport Department (JPJ). We couldn’t find a picture of this licence so here’s Rajinikanth’s driving licence instead. Image credit to mindthenews.com

We tried finding out the process of applying for a PSV but all we could find was this blog post. But from the looks of it, it’s essentially like taking a driving test. But because these permits are really a pain in the asphalt to get (SPAD told us that they are not taking in any new applications atm), many people have to resort to renting daily permits from taxi companies instead.

“Individuals who are keen to  become taxi drivers need to rent permits under an existing taxi company – the contractual terms and requirements of each company will differ.” – Quote from SPAD rep to CILISOS

They’re barely able to make ends meet (seriously, check out our other article about how much they make), so it’s no surprise they’re upset when competitors enter the industry and charge less without being subject to the same rules and regulations.

We’re kinda confused on how SPAD constantly changes its mind on Uber (and similar companies). When Uber first masuk market, SPAD said it was illegal, then it said it was legal, now it’s saying that the business itself is not illegal but the way it operates is.

Sooo…that makes it only HALF legal? How da heck can one be half legal?

Then when MyTeksi entered the market, everyone was happy… Taxi drivers and passengers were thrilled with MyTeksi. Image from The Star

We spoke to Mohd Nor Amir who works with a taxi company in Malaysia and Datuk Aslah bin Abdullah who’s the President of the Taxi Operators Association KL & Selangor. This is the breakdown given to us by Nor Amir

Seriously? It’s like they bring home nothing la! Why would taxi drivers continue to work under companies, instead of being individual drivers? Drive fast, live young, yo! But the situation not that simple. “It’s extremely hard to get individual permits, whereas it’s easy for companies to apply,” confided Nor Amir.

Wah, life so tough lah as a taxi drivers. So when MyTeksi came along and things started to look up a bit. “Business increased la. It helped us get more 20% to 30% more customers than before. And the passengers also don’t have to wait so long any more,” according to Nor Amir. The app quickly became popular. “Lots of taxi drivers use. We were happy to with MyTeksi. Until GrabCar came along…” related Datuk Aslah.

So has GrabCar really affected the income of taxi drivers?

As mentioned earlier, a taxi driver claimed that his income has dropped about 60% since GrabCar was introduced early this year. The same article mentions that GrabCar drivers have gained up to 300% more since joining the service.

If you use SPAD’s statistics that an average taxi driver’s income is RM3,000 a month (see page 27 of this document), if drop 60% means they earn only RM1,200 a month! That’s quite sad la, especially if you become beggar can earn RM9k a month di. Like this fella over here. Picture taken from pinoyrepublic.info

But this has been disputed by MyTeksi. MyTeksi’s Marketing Group VP, Cheryl Goh, said that their taxi numbers continue to grow despite things like the recent price hike, GST, and school holidays.

“Our taxi numbers are growing because we’ve introduce safer and more reliable options which make people more comfortable leaving their cars at home and jumping into a taxi.” – Cheryl Goh, Marketing Group VP of MyTeksi

She also said that taxi drivers did in fact earn more with the introduction of the MyTeksi app. She put the average income of taxi drivers with the app at around RM6,000.

[UPDATE] MyTeksi got back to us saying that transportation apps have one purpose: To reduce the need for someone to own a car. Having various apps available (including GrabCar and MyTeksi), allows consumers to have a choice, but sometimes this means that the consumers overlap. But at the end of the day, if more people stop using cars, more people will end up using all these transportation apps and that means more business for everyone! Yay!

“We don’t see things like MRT projects are negative. It helps reduce the need for people to own cars which, in turn, increases the size of the pie. Thus everyone using these ride-sharing apps to operate ends up getting a bigger slice!” – Cheryl Goh from MyTeksi

Haiyo GrabCar & Uber cannot, then SPAD got any solutions?

“We would like to caution drivers and aspiring operators using the applications that any vehicle used as taxis which collect fares from the public, must be in accordance of the law as stipulated in the Land Public Transport Act, 2010,” SPAD told CILISOS. If they fail to do this, the driver’s car WILL be confiscated.

No joke lah, in its recent enforcement operations, SPAD towed away 46 GrabCar vehicles and brought 25 cases against such offenders to court. What’s more SPAD even approached MCMC once to ask them to disable the Uber app. But SPAD is not the public transport regulator around the world facing this issue. Cities such as Miami, Berlin and Seoul have banned Uber.

“SPAD is however taking a more pragmatic approach and is open to allowing this service, as long as the services are provided by appropriately licensed vehicles and drivers.” – SPAD

But maybe taxi drivers in Malaysia just have it bad in general?

We tried to compare Klang Valley to Jakarta (Indonesia) and Bangkok (Thailand) as well but were unable to find data.

But if what we’re seeing is true, it would indicate that the situation of Malaysian taxi drivers is no different, or even possibly better than their counterparts in the more advanced cities of NYC and Singapore. But why does it seem like Malaysia is the least satisfied among the lot? In fact, we still remain among the WORST taxi drivers in the world. 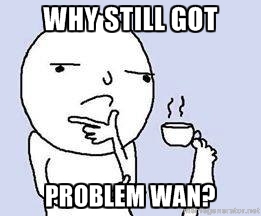 There are other issues that we tend to not notice While we did all this research about the gaji of taxi drivers all, we found bits of information here and there that did not add up to the information given to us by SPAD and taxi companies.

We’re sorry that we’re not going into detail about all these, we would probably need a whole new article for that 😆 (We actually discuss the problems of taxi drivers in more detail in one of our previous articles.) But what we can say, is that there seem to be many issues plaguing the taxi industry in Malaysia,  many that don’t actually involve Uber and GrabCar.

But now we still left wondering aren’t we? Are taxi drivers earning between RM3000 (SPAD) to RM6000 (with MyTeksi)? We don’t know, and frankly, SPAD needs some new statistics to factor in these things like MyTeksi. They also should stop being so vague with their stats (like breaking down the maintenance costs and giving all hire-purchase car rates, and providing proper stats instead of saying “UP TO RMxxxx”).

This story was co-written by CILISOS writers New Jo-Lyn and Johannan Sim.

Share this article:
NAH, BACA:
Guess how many foreigners are there in Malaysia? Even experts can't tell for sure.