The 2018 FIFA World Cup has come and gone and this writer is still upset football didn’t come home. But you have to admit, the beautiful game – when played by pros laa, not some random kid at the public park – is one of the most exciting, exhilarating and heartbreaking things out there. However, football in Malaysia is a slightly different story.

The JDT training session of the future. GIF from GIPHY

Okay so maybe not artificial as in robots, but artificial as in ‘naturalised’ players. Datuk Hamidin Amin, the head of the Football Association of Malaysia (FAM), brought up the idea recently, suggesting that giving citizenship to footballers good enough for the national team might be one way to improve Malaysia’s FIFA world ranking. Specifically, he said that:

“I believe Brazilian and African players would be the best choice if we get into it.” – Datuk Hamidin Amin, the head of the Football Association of Malaysia (FAM)

This plan for naturalising and giving citizenship to foreign players is still only at the early stages tho.

However, if you don’t really follow local football so much, you’d be forgiven if you thought that we had always allowed naturalised players into the national team, especially when they have names such as Kevin Gunter, Matthew Davies, Natxo Insa and Junior Edstal.

While we discuss about being eligible for the national team and bringing in foreigners, that brings us to the question….

How Malaysian must one be to play for Harimau Malaya?

First off the bat, just to clarify any questions you may have, yes we have foreigners playing football in Malaysia… for the state-run football clubs. However, we only have Malaysians for the national team that carries the Jalur Gemilang on it.

Of course, the most obvious criteria when it comes to being eligible to play for the Malaysian national team is, um, to be Malaysian. If you hold a permanent Malaysian citizenship, then can already. Buuuuut, if you’re not ‘born-and-bred’ Malaysian, FIFA still lets you get in the team laa. 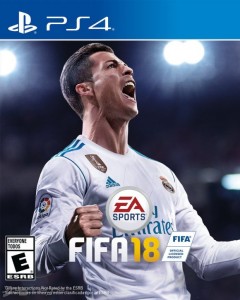 According to FIFA’s rules, if you’re a footballer who hasn’t played for your current country, you can indeed switch your national teams. In the case of Malaysia, you would only have to fulfil one of the following criteria:

Right now, the FAM allows the first three methods of getting into the Malaysian national team. As such, Malaysia team players such as Darren Lok (born in the UK) and Brendan Gan (born in Australia) are able to don the Harimau Malaya jersey as both of them have a parent who’s a Malaysian. Technically, they can be considered ‘naturalised’ players too, but that usually refers to players who switch national team eligibility thru the fourth criteria listed above.

As of now, Malaysia does not allow players into the national team thru the fourth method, only the other ways. Indeed, the idea of ‘naturalising’ and giving citizenship to foreigners for them to play football has been around in Malaysia for quite some time now, but it was only five years ago that the FAM allowed players with a Malaysian parent into the national squad.

Besides, as of last year, the FAM was still saying that they would not allow players to enter the national team thru the fourth method. Datuk Hamidin however, has just only become the head of the FAM last month, and he seems to be a lil more open to the idea. This suggestion from the FAM chief caught the attention of Santokh Singh, the legendary Malaysian defender from the 70s. He’s not a fan of the idea tho to say the least, with him saying:

“How can we allow foreign players to represent the country?

For me, the national jersey is for those who are born in the country…. We can still have success without naturalised players as shown by Thailand whose development at the grassroots is very strong,” – Santokh Singh, as quoted by New Straits Times Now we know what you’re thinking, “then why don’t every country just ‘buy’ some good players”? Well actually…

It’s actually a common practice in this region

If you follow the football scene in South East Asia, congratulations, that makes one of us. But in case you don’t, here’s a quick update for you when it comes to naturalising players thru giving them citizenship: it happens a lot.

Singapore is probably the most well known case of this in South East Asia. Aleksandar Duric, who was born in then-Yugoslavia, played for the Singapore national team from 2007 to 2012, winning the AFF Suzuki Cup with them in 2012 too. But not only is he a footballer representing Singapore, he also represented Bosnia and Herzegovinia in the 1992 Olympics in the C-1 500m canoeing event.

While Aleksandar Duric may be the best known example of a ‘naturalised Singaporean’ footballer, believe it or not, Singapore has an entire government-funded program that scouts and ‘naturalises’ foreigners to get them into their national team! Wah, so kiasu right? No Mr Lee, he’s not. Unedited image from Know Your Meme

The Foreign Sports Talent Scheme is a Singaporean program where they find and give citizenship to non-Singaporeans who can play for Singapore in sporting events. This program doesn’t just cover football tho, as they also scout out foreigners for other sports such as table tennis and athletics.

“If we want to win glory for Singapore and do well not only in sports, but in many other areas, we cannot merely depend on the local-born.

We need to attract talent from all over. We welcome foreigners so they can strengthen our team and we can reduce our constraints. So let us welcome and let us encourage them,” – Singapore PM Lee Hsien Loong, as quoted by ZDnet

Philippines also have a similar scheme called the ‘Gilas Pilipinas Program’ that specifically deals with basketball, altho that doesn’t mean they don’t have naturalised players in their footballing team. In fact, with their naturalised players they’ve even managed to qualify for the 2019 Asian Cup too, a remarkable achievement in a country where football takes a backseat to basketball, boxing and billiards.

While talking about giving foreign footballers a Malaysian citizenship just because they can kick a ball into a net, we at Cilisos did have to wonder: what about the numerous stateless kids and people living in this very country?

If you’re a long time reader of Cilisos (tenks bby) you would know by now that we’ve covered quite a lot when it comes to statelessness and how it affects mostly kids. From a 4-year old girl who ended up stateless after being left at a day care center to a stateless Standard One kid who was refused entry into primary school, stories like this happen all the time and yet the issue never seems to go away. In fact, as of last year, there were over 15,000 kids that have been denied citizenship. Darshana, the seven-year old who faced a tough time just to go to school. Image from The Star

When a child born here can only get a permanent residence card at best just to get access to a basic right such as education, it does beg the question whether or not funds would be better off used to help these children rather than for sporting purposes.

As Malaysians we should also seek to address citizenship issues and break the cycle of statelessness that locals without identification papers often find themselves in. This is especially important seeing how there’s been allegations of supposed voter fraud by giving out ICs to foreigners in return for their votes back in GE13 under the code name Project IC.

Of course, this doesn’t mean we should completely ignore our sports teams and athletes, because let’s face it…

In the end, we all just wanna see Malaysia succeed

Whatever your opinion is when it comes to naturalising foreigners into our football team, you probably will still be singing the Negaraku with just about everyone else if the Harimau Malaya win another tournament. Heck, we don’t even need to win a tournament to have the nation back our footballers!

Remember that incredible free kick by Faiz Subri that won him the FIFA Puskas Award (best goal award) in 2016? Just about everyone from your aunty to your boss was probably rooting for the guy to win the award. If you have no idea what we’re on about, check this out:

Remember the hype surrounding Malaysian football when Ola Bola came out? That movie probably inspired many Malaysian kids to become pro footballers for the country, and brought us together to remember the good ol’ days one more time. Regardless of the FAM’s decisions on naturalising players from abroad into our national team, we think it’s fair to say we all just want to see this image again, only this time on live TV with the new crop of players. The Harimau Malaya doing a lap of honour after the 2-1 win against South Korea to qualify for the 1980 Olympics. Image from Says