Malaysia’s differences with Israel aren’t exactly a new thing; not only do we not recognize them as a nation, most recently both ex-PM Tun Dr. Mahathir and Foreign Minister Datuk Seri Hishammuddin Hussein condemned the Abraham Accord peace deal signed between UAE and Israel, which would ‘normalize all relations’ between the two nations. 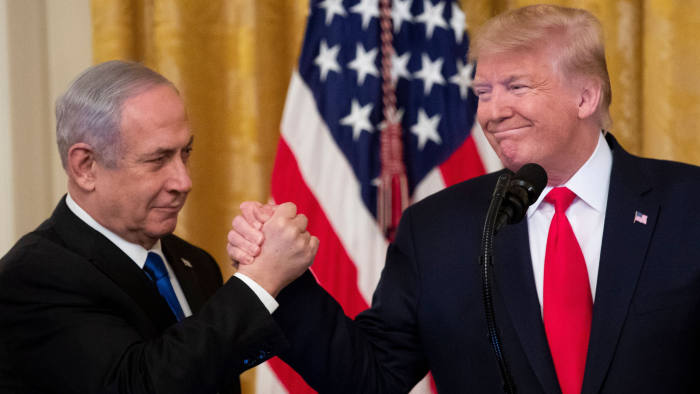 The Abraham Accord, brokered by US President Donald Trump, is aimed at a full normalization of diplomatic relations between the UAE and Israel. Image from: Financial Times

But while reading up on a totally random, unrelated topic (the history of snooker, if you’re curious — don’t question our weird hobbies), we stumbled upon a really interesting story about Israel: once upon a time, Tunku Abdul Rahman actually invited Israel to Malaya to take part in the 1962 Merdeka Tournament.

Sounds crazy in the context of today, but football has been known to bridge the gap between warring factions in the past — in WWI, German and British soldiers stopped shooting at each other to share a game of football during the famous Christmas truce, while the Nigerian Civil War was allegedly paused for three days when football legend Pele’s team Santos visited to play a local team. The Christmas truce of 1914. Illustrated by Angus McBride. Image from: Fine Art America

But Tunku’s move to improve relations with Israel clearly failed, since Malaysia and Israel are still at loggerheads to this day. How did Tunku end up inviting Israel for a football game, and what went wrong?

Back then, Israel and Malaya did have some diplomatic relations

Although Israel was never one of the popular kids on the international scene since its foundation in 1948, Malaya did have a few diplomatic encounters with them during the 1950s-60s. The first of which took place in 1956, when former Israeli PM Moshe Sharett visited Tunku in KL as a special envoy. The meeting was said to have gone very positively, with Tunku reportedly being ‘highly favourable’ of the setting up of an Israeli council in KL, even considering it ‘an honor’ to have an Israeli representative.

However, with the establishment of the Pan-Malayan Islamic Party in the 1950s, Islamic consciousness in Malaya was growing, and Malayan Muslims were becoming more and more ‘woke’ on Islamic civil issues across the world. Given that the Arab Muslim world weren’t on the best of terms towards Israel, Malaya’s Muslim masses soon followed suit. 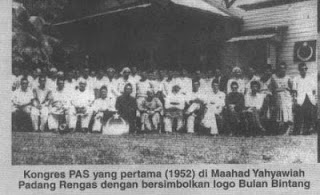 The first PAS Congress in 1952. The rest, as they say, is history. Image from: Sambung Titik

And so, despite the fact that Israel had voted for Malaya’s United Nations membership in 1957, Malayan Muslim pressure would not allow Tunku to complete his friend request, so to speak, and he even promised the Arab states that he would not establish diplomatic relations with Israel.

But sports were still on the table, and Israel wanted in on the Merdeka Tournament

Started by Tunku to commemorate Malayan independence, the Merdeka Tournament is Asia’s oldest football tournament, inviting various teams from across the continent to take part. Although it hasn’t been held at all in recent years (teams usually prioritize the FIFA World Cup/AFC Cup qualifiers nowadays), back then it was something quite prestigious, and Israel, being an Asian nation, were interested. Once upon a time, the Merdeka Tournament was the biggest football tournament in Asia as teams usually sent their full senior squads. Image from: NST

While it was clear that Malaya and Israel wouldn’t be close buddies anytime soon, Malaya would continue to host Israeli diplomatic visits up until the mid-1960s, with Tunku even meeting the Israeli ambassador during a 1961 visit to London.

A year earlier, in 1960, Moshe Yegar, then second secretary with the Israeli embassy in Burma, had traveled to KL as the Israeli representative to the Asian Football Confederation (AFC) Congress in KL. Yegar attended the opening ceremony of the Merdeka Tournament, where he was personally greeted by Tunku in person on the football pitch. While there, he also told Tunku that it would be an ‘honor’ for Israel to participate in the Merdeka Tournament. And as it turns out…

As mentioned earlier, Tunku and Israel appeared to be on cordial terms, and indeed, Tunku was said to have ‘no objections’ to Israel sending a team over. However, he later told Yegar that he had to ‘review’ their participation due to concerns of backlash from PAS.

Despite this, the two years leading up to the 1962 edition of the Merdeka Tournament showed encouraging development. In August 1962 The Straits Times reported that Lim Kee Siong, a senior Malayan football representative, had pledged that ‘Malaya will give strong support to Israel’s proposal’ to take part in the Merdeka Tournament. In fact, the deal was pretty much done; a formal invite had been sent to Israel and their players had reportedly begun training to prepare for the Malayan competition due to take place in September of that year.

However, local and international events would lead to Tunku’s reversal of this decision. A short while after Malaya had sent the invite, Indonesia refused visas to Israeli athletes for the 1962 Asian Games taking place in Jakarta. This strong stance from a close neighbour, coupled with safety concerns due to the growing Islamic movement back home forced Tunku to retract his invitation. On the 1st of September, Israel was surprised by this message from FAM:

“We cannot guarantee the safety of the Israelis here, therefore we ask to prevent their arrival in Malaya.” – FAM message to Head of Israeli Sport Authority Interestingly, this decision was greeted with harsh criticism back home, with Malayan sports fans going full-on bawang army on Tunku, FAM and Indonesia. According to the research paper Israel-Malaysia Relations and the Place of Football by Guy Podoler, a number of readers of The Straits Times actually wrote in to the newspaper, voicing their concern and even perhaps boycotting the event due to Israel’s invite being rescinded:

“Count me out from those who will attend.” – Simpleton (pseudonym) from Kuala Lumpur, as quoted from the paper Israel–Malaysia Relations and the Place of Football

“FAM should know better than to support the Indonesians… The presence of the Israelis (in Malaya) would make it clear that Malaya’s attitude in sport is not prejudiced by politics as in some countries.” – Wan Dollah from Singapore, as quoted from the paper Israel–Malaysia Relations and the Place of Football

“Israel’s exclusion from the Merdeka Tournament at this juncture is not merely graceless but shames the prestige of our country – a prestige that owes not a little to our sportsman-statesman Premier.” – V.V. Menon from Sitiawan, as quoted from the paper Israel–Malaysia Relations and the Place of Football

Three years later, it is said that Tunku actually requested for Malaysia not to be included in the same group as Israel in the 1965 AFC Youth Championship in Japan in order to ‘save him embarrassment’. Unfortunately for him, Israel later thrashed Malaysia 9-0 in the semi-finals, and Tunku left the stadium at half-time while Israel were 4-0 up. Ouch.

Fastforwarding to more recent times tho…

Sporting relations between Malaysia and Israel have not seemed to improve

While initially Tunku was sympathetic towards Israel, the growing pressure back home in the early 60s from both public and Parliament, plus Malaya/Malaysia’s need for Arab economic cooperation forced him to later deny that he wanted anything to do with them. And so began the long history of bad blood between the two nations.

Although Malaysian football teams played Israeli teams nine more times since then, we’ve not faced them since 1974, and the issue of Israeli athletes in Malaysia is still a touchy subject. For instance, when Dr. M allowed Israel’s cricket team to play in the 1997 International Cricket Council tournament in Malaysia, their arrival sparked protests among locals. Visas have been refused to Israeli athletes of various sports since then, such as sailing, table tennis and even paralympic swimming (yes, not even the differently-abled were spared).

One of the more notable examples was during Chelsea FC’s visit to Malaysia in 2008 as part of their Asia tour. During the game against a Malaysian XI, their Israeli midfielder Yossi Benayoun was booed and even allegedly subjected to anti-semitic abuse every time he touched the ball, and FAM would in the end submit a formal apology to the London club. 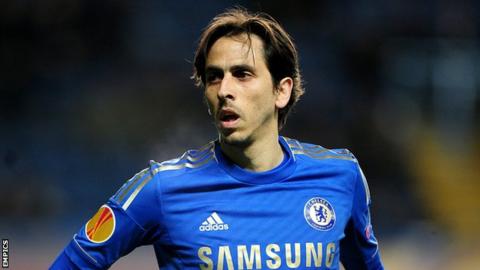 Ex-footballer Yossi Benayoun, who played for Chelsea during their Asia Tour in 2008. Image from: BBC

Given the massive hostility many Malaysians have towards Israel, as well as our government’s very clear stance on the Israeli-Palestine conflict, it doesn’t look like Israel will be getting into our good books any time soon. However, it is still interesting to look back to a time when tensions with the state of Israel were relatively cooler.