[This article was initially written by our abangs at Soscili. Click here to read.]

Some of us travel bugs would be familiar with restrictions on transporting certain meat products like importing pork into Malaysia and exporting Malaysian prawns into the USA. But perhaps not many would know that bringing our beloved neighbours’ mangoes here would also fall under similar scrutiny at border security.

A Burmese traveller learnt this the hard way in May when the Malaysian Quarantine and Inspection Services (MAQIS) confiscated 20kg of his mangoes at the Bayan Lepas airport in Penang. And just 2 weeks ago, MAQIS Kedah seized 350kg of mangoes and 100kg of ginger at the Immigration, Customs, Quarantine and Safety (ICQS) Complex in Bukit Kayu Hitam. 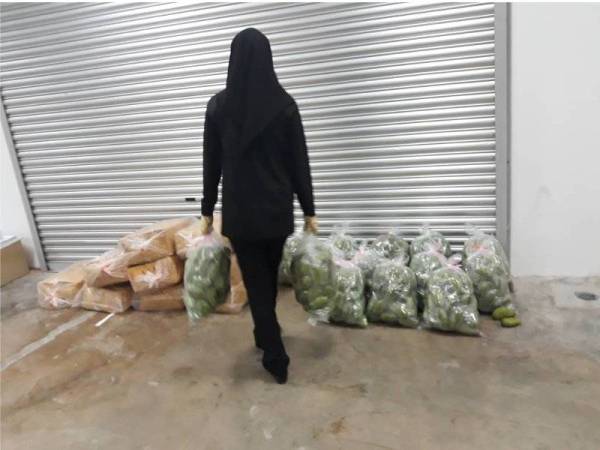 Why is MAQIS seizing imported mangoes? Well, the mango is among the many agricultural crops that require a complete set of approval documents. When we checked MAQIS’s website, it turns out that ALL species of mango that are brought into Malaysia need an import permit, phytosanitary/plant protection cert and Plant Entry Quarantine. Importing mangoes without these docs is an offence under Section 11(1) of the MAQIS Act 2011, Act 728.

“If convicted, could be fined not more than RM100,000 or imprisoned for a term not exceeding six years or both.” – plucked and translated from Utusan.

Fuh, who knew that bringing home mangoes could be this hard? Perhaps, the harder part could be dealing with a pest known as Sternochetus mangiferae.

These bugs use mangoes to grow its babies

Sternochetus mangiferae is more commonly known as mango seed weevil because it uses only the mango as its host. Researchers have tried putting this bug’s eggs in other crops like potatoes, peaches, apples, plums and string beans but none of the larvae grew into adult bugs in these crops. So, you’ll only find them in mangoes.

It all starts with the mommy bug laying her eggs in a half ripe mango, usually around 15 eggs daily or a maximum of 300 eggs in 3 months. Near each egg, the mommy bug cuts a crescent shaped area to create a sap flow to coat the eggs for protection.

In 5-7 days, these eggs would hatch and the larvae would live in the mango for a few days before growing into adult bugs. During this phase, the larva eats the fruit and drills tunnels throughout the fruit to move around. That’s why, while the mango looks nice on the outside, cutting the fruit open would show you the young weevil’s evil masterpiece: some tunnels, broken pieces and waste in the mango. 🙁

With origins believed to be in Myanmar and Northeast India, these buggers are usually found in major mango producing parts of the world, like Australasia, Asia, Africa, and the Americas. But the bugs can be spread beyond these places if the mangoes they infest get transported from one place to another without regulation. Where the bugs usually are. Map from Plantwise.

So far, there’s been no report of severe infestations by this bug species in Malaysia, which might be due to MAQIS’ efforts to regulate the entry of these pendatang mangoes.

MAQIS is trying to make sure our mangoes remain rot-free

So mangoes aren’t technically the only thing the folks at MAQIS regulate the entry of la; there’s actually a list of agricultural crops under import control which includes mangoes. If they’re not doing this, they’d have to take other tougher measures like… irradiation to kill/sterilise the bugs within the mangoes, using a specific ant species to guard the mango plantations, or controlled pesticide use. So mafan… 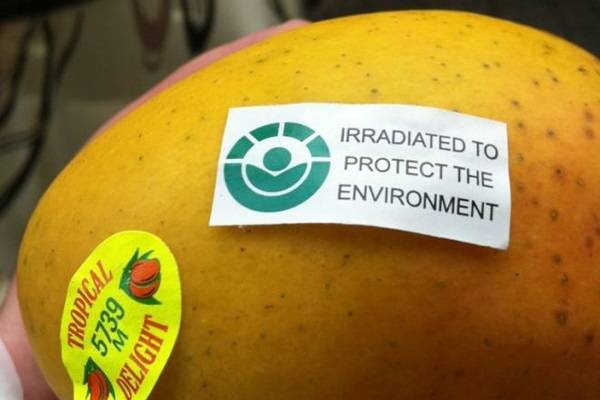 Why does it matter so much that this mango bugger doesn’t reach our shores? Well for us non-farming mainstream public, it looks just like any other ordinary pest. But, to the farmers, it matters a lot because it brings dire consequences to their agricultural efforts.

An example of this happened in 2018 when over 13,000 small palm oil farmers nationwide lost over 33,000 hectares of plantations to bagworms, resulting in 33-47% lower palm oil yields in a 2-year period and hence, RM120m worth of losses for the palm oil industry! That might be enough to get Teresa Kok’s blood boiling.

Apart from avoiding production losses, such regulations are in place to make sure that we mango-loving Malaysians can still eat our mangoes with confidence. Yeah, in some parts of the world, eating bugs like crispy grasshoppers and worms might be a normal thing, but you’d probably wouldn’t wanna chow down on mango with a side of bug.

The damage caused by this pest becomes a welcoming spot for secondary fungal infection, which makes the mango too yucky to be edible. Like, would you eat a mango that looks rotten like this? Well, whatever your answer is, it’s clear that the strict measures taken by MAQIS to protect our national agricultural sector and food quality are in line with the famous saying that ‘prevention is better than cure‘. Even if it means confiscating the fruits of people if they fail to get the right documentation for their mangoes.