It’s that time of the year again ugaiz, where the concentration of fedoras per square kilometer reaches critical mass: Urbanscapes.

I’ve been to nearly every Urbanscapes since 2007, and I remember when it was small enough to see everything in like 1 hour. Now have to walk like the whole day and then take pitstops some more. And there weren’t any big acts back then. No Sheila Majid or Kimbra performing, and our satellite shows was just some guy on a padang playing his guitar. And tickets were so cheap! Now I have to think twice before shelling out for the festival and/or the satellite shows.

But the more things change, the more they stay the same. In the past few years I started noticing a trend, and it’s in nearly every single Urbanscapes that I go.

Don’t believe me ar? Check out this list, sure you say betul one. 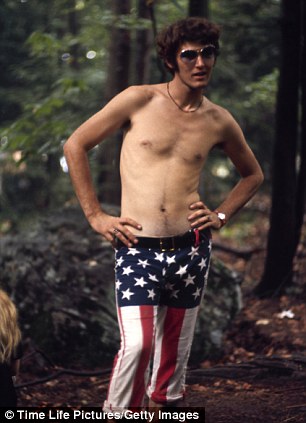 Like international artists, this is a recent addition to the Urbanscapes staple. They are usually barefoot, which is weird, because 99.9% of the Malaysians at the festival are in (fashionable) shoes or slippers at the very least. Eat your heart out, Ikea! (on this nicely made wooden pallet table) Image from Style Estate

Because IKEA is too mainstream okay. Everything is now made from pallets or recycled bottles or bamboo, hammered together with care. And who needs roofs??? That is soooo 2010. All we need is love and about 100 umbrellas strung above us. Play that Regina Spektor song baby, snuggle with me on my upcycled couch and let them make a statue of us (from wood pallets, duh). Like forest elves raised near a Uniqlo, these ladies are one with nature, combining wreaths in their hair with the latest urban fashion. Because when else can you use flowers as part of your #OOTD. 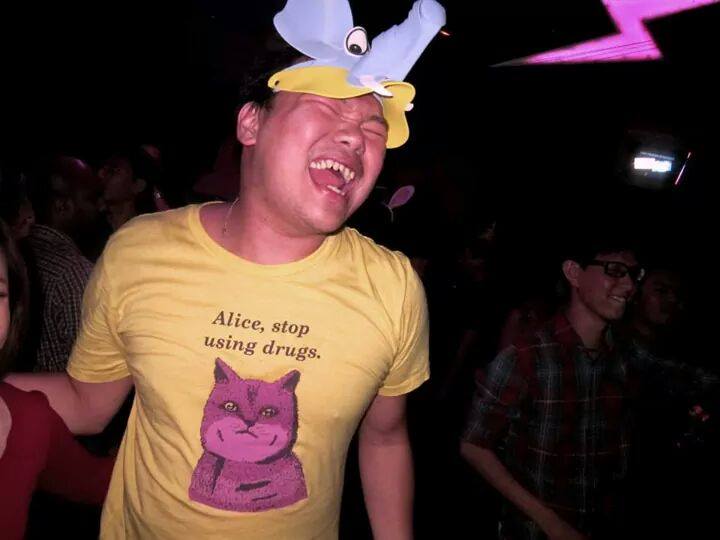 LOOK AT ALL THAT ENERGY!!!! IMAGE FROM THE RAKYAT POST!!!!

Whenever I see them, I’m tempted to ask for their Twitter handle, because I have a feeling this guy types in ALL CAPS AND ENDS IN EXCLAMATION POINTS BRO HE’S SO EXCITED AND ENERGETIC!!!!! He probably has blood in his Red Bull system.

Protip: If you need to look for him, hang around the DJ booths. First popularised by Jason Mraz, this is now a common sighting at Urbanscapes. Persons wearing it will usually do the ‘Posing in the stand straight front profile’ for pictures. Image of professional ukulele player only used for illustration purposes. Image from WAMM

Can be seen both onstage and offstage as it’s small, light and portable. Macam iPhone 6, but harder to bend. “Mommy, why is that guy over there so energetic?” Image from Urbanscapes’ FB page

Just because you have a kid doesn’t mean you stop going to festivals, okay. And if you’re gonna party, start them young and start them right: with adult supervision. I can confirm there is gold in this ice cream. Image from Impressive Magazine

Oklah, actually nearly all the food there is quite mahal, so if you’re on a budget makan/drink first before going there. But then, sometimes it’s so hot, and you’re sweating bullets, and then you walk by this booth selling ice cream and and…where did my money go and how did this ice cream get in my hands???? T___T

Request: can we have the RM1 red bean ice cream potong for next year pls. 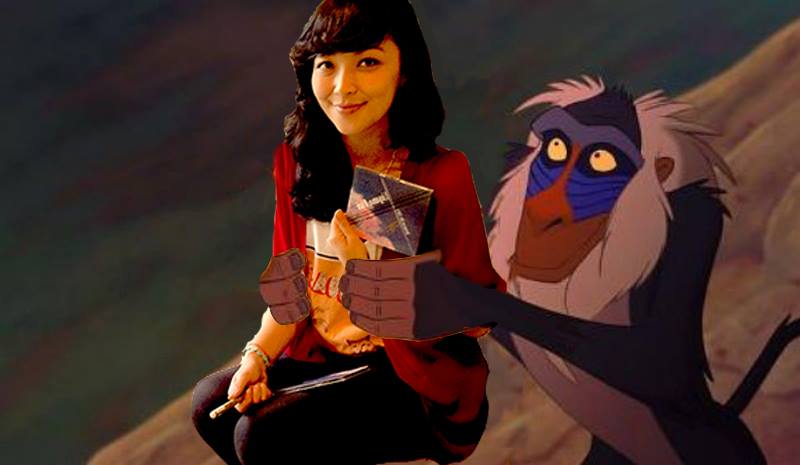 If I don’t see Liyana Fizi at Urbanscapes, I don’t feel right man. I feel macam there’s a disturbance in the force. She’s like the spirit animal of Urbanscapes, hovering over it like Mufasa in that scene from The Lion King, blessing this festival with her presence. Coolest band picture with a goat ever. Image from The Impatient Sister’s FB page

I heard one of them studying overseas already, so at most you’ll just see 2 out of 3 of them, which means just seeing an Impatient Sister counts kot.

But cannot cheat when looking out for them okay. The Impatient Brothers do not count. Must be a sister. 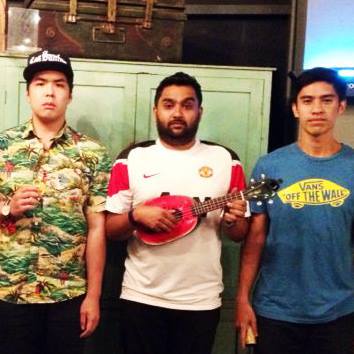 Dowan this one. This is cetak rompak version one. Image taken from The Impatient Brothers’ FB page

11. An Art Installation You Don’t Understand

Don’t lie. I know you see these things you’ll say, “That’s nice”, but inside you think, “What on earth am I looking at??” What on earth am I looking at? Image from Sick Of The Radio

You walk up to it, stare and marvel at WhateverItIsSupposedToBe. You probably will touch it to feel the Interestingness and then step back to take in it’s Meaningness. You nod, but you don’t know what even the nod means.

You take a picture. 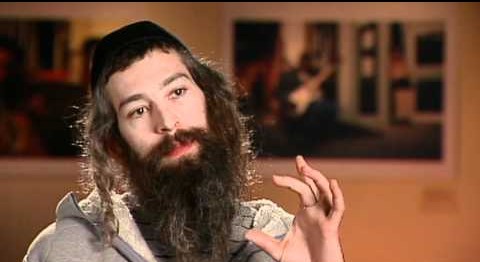 “My beard used to be only this long.” Image from WN.com

It’s cool to have a beard now, guys. It’s not just limited to imams, sikhs or lumberjacks. I love that my boss is not here today. Image from Pinterest.

Whether it’s a full sleeve or just a few here and there, tattoos are getting mainstream now and it’ll be on full display at Urbanscapes, cause have to hide under your shirt during work kan. Now is the time to unleash them. I use this to gauge the person’s occupation. The bigger the earrings are, the less likely they are to work in corporate.

15. Posing In The ‘Stand Straight Front Profile’ for pictures I don’t know when this started, but it’s now the de facto pose for bands and general festival goers. This is our generation’s band picture, an evolution of the “Pose around an industrial ruin/deserted back alley, look like you forgot to turn off the iron at home and look away from the camera”.

I bet some of you reading this own an Instax. Because it’s nice to have something concrete to remember things by, right?

Then after we all enjoy looking at it, we take a picture of the polaroid and post it on Instagram/Twitter/Facebook. “Sorry you cant see the concert, bro, but I really gotta record this”. Image from Day and Dream.

Because the screen bigger, means the video quality is better, amrite? 19. That Friend You Haven’t Seen For Years Image from Hyperbole and a half. Dylan rocking Wayfarers before it was cool. Image from AskMen

I call this the the ‘Thick frame Ray-Ban’s’. Obviously I’m not hip. Alternatively, a blanket over your shoulder works too. Image from RentCafe

Keeps your neck warm. But if you don’t have a scarf, you can always do the next one, which is… But only your girlfriend/wife okay. Don’t just randomly pick up a girl and say ‘My neck is cold’.

Find 10 of these at Urbanscapes and win RM50!

Remember how I mentioned that you could get RM50 cash back? Well….

We made a game with the official taxi partner for Urbanscapes, MyTeksi, based on the things you’ll find at the festival. Presenting… Here’s what you have to do. Find the MyTeksi booth at Urbanscapes, grab the bingo card (above) and start playing! If you’re the first 20 to complete 10 of ’em, you’ll win RM50 cash back from MyTeksi. Cool, huh?

Bonus items to find at Urbanscapes

Now, we listed only 22 stuff above… To play bingo, we need 25 items right? You’d probably notice that we added 3 more fun stuff which  you can find at this year’s festival (including a special guest appearance).

In case you missed out on winning the Urbanscapes cashback voucher, still got chance to get MORE cash back. Like, RM500 ok!

All you have to do is take selfies with 3 of their new cars: a shark, a frog and a kitty cat. P/S: There’s only gonna be 1 winner and it’ll be selected at random. Maybe just for this year la, because it will be at Genting and that place is freaking cold. And when else can you wear you winter clothing in Malaysia? “OMG betul man I saw these all before!”

I know right. But now when you find them, you can have your ride home subsidised by MyTeksi. It’s like BR1M, but all you have to do is take pictures of stuff at Urbanscapes. Nice or not???

Have fun at Urbanscapes, guys! 🙂