We’re gonna start off with this quick poll:

If you haven’t really been following the Malaysian political scene closely (or if you’re from West Malaysia), then you might not have heard of this dude. Compared to Ismail Sabri or Azmin Ali, YB Dato’ Sri Dr. Haji Wan Junaidi isn’t the most featured of politicians – which is sometimes a good thing – but he’s been the MP of Santubong since 2004, taken up the role of Minister in multiple departments, a published author and… Junaidi Bond: Misi Impossibru. Coming to theaters near you never.

Since he’s now our de facto Law Minister after the recent Cabinet reshuffling, we figured we’d shine a spotlight on some of the lesser-known things about him, and oh baby, he ain’t just some desk-bound bureaucrat. For starters…

1. He fought communists in Sarawak back in the late 1960s

This is the only picture we could find of the Sarawakian communists, and it’s worse than a 360p YouTube video. Img from Wikimedia

As a fresh-faced 17 year-old in 1963, Wan Junaidi graduated secondary school and joined the Public Works Department (JKR) Survey School as a trainee technical assistant with a focus on road engineering.

Around the same time, trouble was starting to brew in East Malaysia in the form of communist insurgencies. Wan Junaidi recalled in an interview that the streets of Kuching at the time were teeming with “Green Jackets” (nickname for British soldiers) and military men from the Federation of Malaya who were called in to fight the communists and secure the Kalimantan border.

Back then, we always loitered around India Street and the surrounding places. All these places were full of soldiers and ‘orang putih’ (white people) and the vibrancy of the business was good. – Wan Junaidi Once he was done with JKR school, he went on to pursue a career in road engineering…

He joined the police force because all he was concerned about at the time was “fighting the communists in the jungle”. And in the 5 years he spent in the wilderness of Sarawak doing the tropical tango with terrorists, he has seen some sh*t – the kind that wakes you in the middle of the night in a cold sweat:

This experience probably explains why he was so against Chin Peng’s ashes being repatriated back to Malaysia back in 2013. But otherwise, after his 13 years in the police force, he finally settled down to a peaceful career in road engineering..

He became a lawyer, eventually establishing his own firm in Kuching. However, he did chronicle his police experiences in one of the books he has penned, titled simply A Policeman.

2. He was named “Great Minister” by the Ministry of Natural Resources & Environment Between 2015 – 2018, Wan Junaidi headed the Ministry of Natural Resources & Environment and, by all accounts, it was a pretty successful stint.

In particular, 2016 seemed like a stellar year cos’ the Natural Resources & Environment Ministry’s staff threw him a party and dubbed him “Great Minister” for his contributions, which included:

We are facing new challenges that require new laws and enforcement procedures and the 41 new sections, which encompass many new areas, will empower us to better manage the environment, – Wan Junaidi

The new law makes it far easier to prosecute people or organizations that show disrespecc to the environment, and allows a local council of experts to object to projects that are environmentally harmful, among other powers. 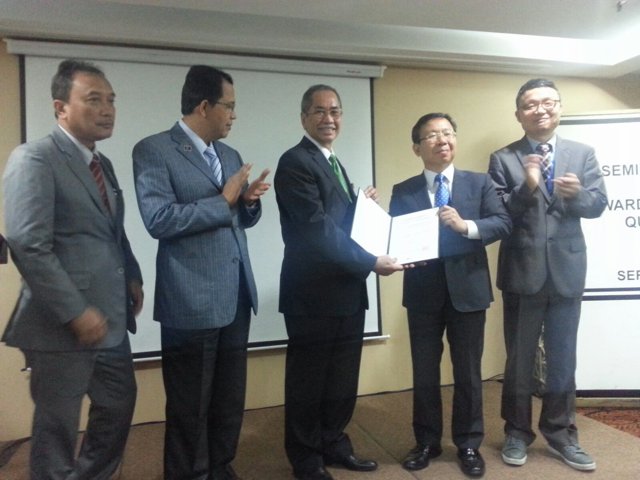 With the power of Heart. GO PLANET!. Img by Sarawak Voice

Seems kinda random, but he was also awarded an honorary Research Professorship by the President of the University of Seoul, Professor Dr. Won Tun-Hi, for his efforts and contributions in dealing with the 2015 haze that involved Malaysia, Indonesia and Singapore.

3. He was unintentionally racist in parliament 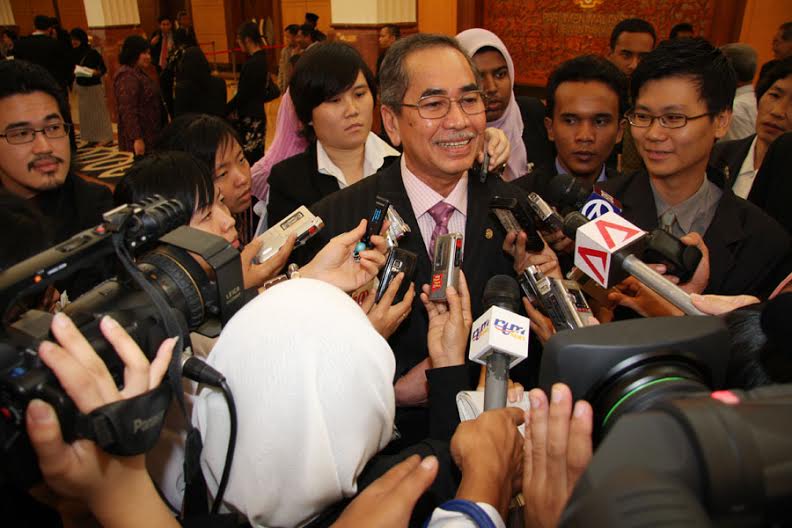 “If you can’t handle me at my worst, you don’t deserve me at my best” – Not Wan Junaidi. Img by Malay Mail

Despite his share of achievements from his time in office and in the jungles of Sarawak… no one’s perfect. During his time as Deputy Home Minister in 2014, Wan Junaidi was asked during parliament Question Time for the reason why incidents of child/statutory rape was lower among the minority races. His reply implied that there were less cases reported by minorities because they were more accepting of it:

This doesn’t mean the cases mostly involve Malays. Because Malays are culturally more sensitive about its youth so there are more police reports about it. … Non-Malays are maybe more accepting about it so the margin (is lower), – Wan Junaidi, as quoted by Malay Mail

He was showered in criticism shortly after (who would’ve thought?) but, instead of backtracking, he doubled down, saying that what he actually meant was that, because Malay-Muslims in particular are against consensual sex between minors, they reported it more – leading to a higher number of reported statutory rape cases in the community.

Also, apparently, he can’t be racist because his wife is Chinese and there are omputeh and Eurasians in his extended family.

4. He was the Chairman of the Asean Inter-Parliamentary Assembly – twice We haven’t heard of the Asean Inter-Parliamentary Assembly (AIPA) before looking into Wan Junaidi, and we had no idea what it was even after going through their official website. Under their “What is AIPA” section, it says:

AIPA aims to encourage understanding, cooperation, and close relations among Member Parliaments as well as Observer Member Parliaments and other parliamentary organizations. AIPA also plays instrumental role in familiarizing the peoples of Southeast Asia with policies aimed at accelerating the realization of an ASEAN Community in 2025.

Yeah, not very clear, is it?

So we did some more digging, and turns out, AIPA is sorta kinda like ASEAN (but not really) where representatives from Malaysia, Indonesia, Singapore, Thailand and the Philippines come together, talk about current issues of their respective countries and see if the countries can do stuff for mutual benefit. The caucus was described rather harshly as a “weak, transnational parliamentary assembly” in the book The European Parliament and its International Relations.

Anywho, Wan Junaidi was named chairman for two of AIPA’s caucuses, once in 2007 and another in 2019, where three key resolutions were reached, namely: the rise of terrorism and its countermeasures, cooperation on climate action among ASEAN countries and protecting children from sexual exploitation in the effort to promote tourism (this last one’s a bit weird).

As Law Minister, he made some big promises for reform A man can dream.

As soon as he stepped into the role, Wan Junaidi has proposed some big changes moving forward; which include:

While that sounds good on paper, he did clarify that he couldn’t just go ahead and implement everything without consulting anyone else – he had to go through the Speakers of Dewan Rakyat and Dewan Negara first.