Disclaimer: Picture above is for illustration purposes only. They are actually people from a different land case but are also involved in something similar to the people of the 52 longhouses in this story.

Imagine waking up and finding out that your family home that has been passed down from your ancestors no longer belonged to you. Well, something similar may have happened to the residents of 52 Sarawakian longhouses recently.

Recently some of the headmen of these longhouses came forward to seek clarification on whether the state gomen (which has always been BN) had actually taken their lands from them. Because after receiving some beautifully framed maps which were accompanied by some very official looking certificates, they realised that they may have already become squatters in the land that they, and their ancestors, have been living on. But wait… these longhouses not so straightforward like buying condo yea?

The thing is right… when you buy land for say a house in PJ, you’re buying it from someone who owned it before. But what if no one has technically owned it before? This is where Native Customary Rights (NCR) comes in. NCR is something that “may only be claimed by a native, or a person who has become identified with and has become subject to native personal law, and is therefore deemed to be a native.” Basically the rights you have when you are a native of Sarawak la.

It seems that even during the times of all the penjajah (first the Brooke family, then the Brits), they recognised land that belonged to indigenous people to a certain degree.

The Brookes did not interfere with the customary land rights of the Dayaks and Malays, allowing them a degree of self-governance. No scheme of alienation or land development was introduced except with respect to land where no rights or claims, whether documentary or otherwise, existed. – Fadzilah Majid Cooke, from the book State, Communities and Forests in Contemporary Borneo

There’s a whole history of NCR land from James Brooke time until now, but basically it’s land that’s been owned by the indigenous people of Sarawak for a long, long time. Today, NCR land comes under a law called the Sarawak Land Code of 1958 (we were unable to find a whole document online). In it, a plot of land can be considered NCR land IF it fulfilled any of these criteria before 1958:

Basically if the land was being used by any indigenous person for a particular purpose BEFORE the Sarawak Land Code came into effect, the natives had the right to declare that land theirs. And just imagine if you had the chance to claim huge plots of land as yours, you would jump at the opportunity right??? Well, that’s not exactly what happened in Sarawak because…

The natives have NEVER actually claimed their land! So here is where it gets a bittttt more technical. So to understand the situation better, we spoke to 2 people:

So Vernon tells us that while the indigenous people of Sarawak have always had the opportunity to claim NCR land as theirs, many don’t.

“All this land has never been claimed because they were not taught how to do so.” – Vernon Aji Kedit

Because of that, since the Sarawak Land Code was enacted, a lot of land was actually left unclaimed. 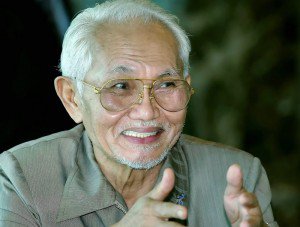 But according to Vernon, when former Chief Minister Taib Mahmud came into power, he started to define the border of the NCR lands for them, something that is called land gazetting. And that in itself is fine right? But that is exactly what has led to the situation with the 52 longhouses today.

“When we were presented with this beautifully framed map and the official looking certificate in a ceremony officiated by YB Tan Sri Datuk Patinggi Alfred Jabu anak Numpang in early 2014, we were led to believe that this is our longhouse land title.” – Tuai Rumah (Headman) Timang Geramong from Rantau Lelayang longhouse, in a press statement (BETONG TUESDAY 5 APRIL STATEMENT)

Wait…what did they mean by led to believe?

The natives can still live where they are, but the land may not be theirs anymore

So the lands of the people in the 52 longhouses were recently surveyed under Native Communal Reserve (also NCR!?), which basically means the gomen OWNS it, but lets the natives stay there out of the kindness of their hearts. Something that sounds totally normal, but can look a bit sneaky….

“This candid yet glaring admission by the MP that Temuda (farm lands) in Betong have been surveyed under (Native Communal Reserve) without the landowners’ full knowledge and consent is a grave matter as it may involve a lack of transparency on the part of the YB.” – Vernon Aji Kedit, as quoted by The Borneo Post So ok… bear with us… this might be confusing.

So most longhouses would be like… “YAY…. We’re getting our land from the government!”, which is KINDA TRUE, except now the land comes with conditions. Think of it as a leasehold land that the gomen can take back ANY TIME even if they’ve been staying there for the past 500 years. (But to distinguish between the two, from here on Native Customary Rights land is the one that will be designated as NCR land, and Native Communal Reserves will remain as it is.) In fact, the gomen got alot of jalan to re-allocate native land

Baru Bian tells us that cases of NCR land being taken by the state gomen have been happening for a while now. In 2014, he was part of a federal court case where the state gomen and the natives disputed on what could actually be considered NCR land.

The natives actually have names for the different types of lands that they’ve been living off. And back in 2014, the gomen said that only Temuda, or farmed land, could be considered NCR land, when the natives disputed that NCR land should include lands like Pemakai Menua and Pulau Galau, which each have their functions within the native societies.

So if you ever come across signboards like this, just remember it’s talking about NCR land la. Image from radiofreesarawak.org

The Sarawak Land Code has been amended more than 200 times…no wait, we’re not sure because we’ve actually lost count.” – Vernon Aji Kadit

And he tells us that these amendments actually make it progressively harder for the natives to claim the land!

But the natives of Sarawak are learning to fight for their rights! Image by Boyd Norton on boydnorton.photoshelter.com

Back in 2013, a BN rep actually responded to the allegations that the state gomen was using Section 6 to take the land away from the people. The BN rep said that the gomen was surveying Section 6 FIRST before using Section 18. But here is what one of the longhouse headmen said recently.

“According to Section 6.4, the BN Government can take these lands from us any time without our consent since we are only ‘Pemegai Lisin’ (licensees), and the compensation amount is at the discretion of the Government. This means we have no absolute rights whatsoever over these lands, correct, unless they are converted to Section 18? If the BN is sincere, then give us Section 18 straightaway, why Section 6 first?” – Tuai Rumah (Headman) Merundie Lindang of Batu Pesok longhouse, in a press statement (BETONG TUESDAY 5 APRIL STATEMENT)

But that’s not all, in the past few years these natives have also won quite a number of court cases (like this, this, and this really big one) against the state gomen in regards to their land. (In fact, Baru Bian was the lawyer for all 3 of these cases.) And all this seems to point that the land issues in Sarawak really have been taken more seriously in the past few years, which could only be a good thing.

(And even if you don’t wanna share because we sound like desperate people trying to get our story out, at least verbally tell them about it la.)  😉