If y’all were to google Lim Guan Eng’s name some time this week or last week, y’all would find news about his comments on SST la, his dispute on SST with Najib la and when he and businesswoman, Phang Li Koon were acquitted and discharged from all of their charges. Whut?? Eheh… We did this in 2016. Click image to read more on this poster.

Let’s just refresh a bit about Guan Eng’s bungalow case. In 2015, he has allegedly used his positions as then Penang Chief Minister and the state Planning Committee (SPC) to approve the conversion of an agricultural land to a public housing zone. Hold on, we’re not done yet. There was another charge on him where he has allegedly purchased a bungalow below market value. Phang was charged as well since she was involved with the process of purchasing the bungalow (which he can actually afford btw, not like some other former ministers *ahem*).

When both him and Phang were acquitted from their charges, netizens demanded full public disclosure on the acquittal. So, with the help of a lawyer, Fahri Azzat, here are 5 strange things about this bungalow case. No pain, no gain. Images from Spotern and The Star

We’re quite surprised no one asked WHY LGE came out of the courtroom looking like he just won the case by punching the prosecution. Turns out Guan Eng actually underwent an operation to repair his ligament la (ah, bummer). But this isn’t the first time Guan Eng injured himself. He underwent a finger surgery some time last year too.  😮

Perhaps it’s from all the finger pointing that’s been going on in this case? KK let’s get serious.

2. This case took about TWO years but it shouldn’t take that long

Fahri told us how long (in general) a case would normally last:

“So it is easier to say how long a case like that should take – between a year to a year and a half. Why? Because a criminal case should not take too long if it can be avoided – an accused person should not have the threat of a charge hanging over his head for too long.”

However, this case actually went on for about… TWO years!

It was 2016 when then Tasek Gelugor member of parliament, Datuk Shahbudin Yahya, urged Malaysian Anti-Corruption Commission (MACC) to investigate the bungalow case. The case was investigated by MACC which then resulted to both Guan Eng and Phang being charged with corruption. FYI, they were charged in George Town Sessions Court before being transferred to the High Court. The timeline for this case is SO LONG that we gotta crop it in half. Click on the image for the full timeline from NST

Although the timeline missed out on the year 2017, there were reports on this case that year. Most of them were on how the court postponed the trial to allow Guan Eng and Phang to appeal. However, there were also allegations stating how Guan Eng was the reason behind the trial’s delay by challenging the MACC as being unconstitutional instead of allowing the court case to proceed.

Aaand as we all know the case continued til last week when both were discharged and acquitted from their charges. Eh, how come this case took such a long time?

How long has it been? Gif from WordPress

Fahri explained how there may be no time frame as to how long a case should normally take to conclude. This is caused by various factors like evidence required, witnesses produced and the court’s, prosecutor’s and defence counsel’s schedule (cos they also got other things to do). So, with the investigations and postponement of the trials in the bungalow case, it may be possible for the case to last this long.

Although the case lasted two years…

3. Guan Eng was acquitted halfway through the trial

“In Guan Eng’s case, his trial was not completed but the Attorney General (AG) themselves made an application to withdraw the charge. The Judge then decided to acquit Guan Eng instead of simply discharging him but not amounting to an acquittal.”- Fahri told CILISOS.

Actually… what does that even mean?

An acquittal, the act of setting someone free from the charges he/she are accused of, is normally done at the end of the prosecution’s or defence’s case. It is actually one of the methods to dispose a case. There are also other methods like;

In the bungalow case, although the deputy public prosecutor, Datuk Masri Mohd Daud applied for DNAA, the judge agreed to Guan Eng’s head counsel, Ramkarpal Singh who requested for a full acquittal. Here’s the flow of court cases in Malaysi..zzzzz… wake up! Image from Justice Audit Malaysia

A person can only be acquitted when the accused didn’t commit crime depending on the evidence, witnesses and arguments, among other things la. Fahri also mentioned that a discharge not amounting to an acquittal is given; however, an accused can be discharged and acquitted if the Judge decides so. This is based on Section 254 of the Criminal Procedure Code;

“(3) Such discharge shall not amount to an acquittal unless the Court so directs.”

But how come Guan Eng can be acquitted like this?

4. Well, he might have been let off easy because he was er… put on (trial) easily too

We have seen various reactions to this case (and we shall keep this at the end of it). But one of the reactions came from the famous Jamal Yunos who wanted the AG to drop all charges against him. He claimed that the AG has been nice by setting people like Rafizi Ramli, Lim Guan Eng and Tony Pua, among others, free from their charges. So, this may mean hope for people like Jamal Yunos to be acquitted as well la, right?

Unfortunately, the answer is no beacuse the general principle is that all people who are convicted should not be allowed to be acquitted mid-way through the trial. We asked Fahri about this and he said;

“That decision by AG and the Judge was based on the peculiar facts of Guan Eng’s case.” What Fahri meant by ‘peculiar facts’ may be the difficulty in proving that Guan Eng knew the price he paid for the bungalow. Apparently, this reason was based on Section 165 of the Penal Code.

Another source of news, on the contrary, claimed that the charges against Guan Eng and Phang were dropped after a fresh evidence surfaced during the cross-check examination of prosecution of witnesses. Datuk Mohamad Hanafiah Zakariah, the AG’s chamber’s head of Appellate and Trial Division decided to look at this evidence in a new angle.

“The AG’s chambers after evaluating the case (after receiving Guan Eng’s representation) decided that they would not succeed in proving a prima facie case. A prima facie case is what the prosecution must establish against an accused before they can be convicted.” – Fahri shared. 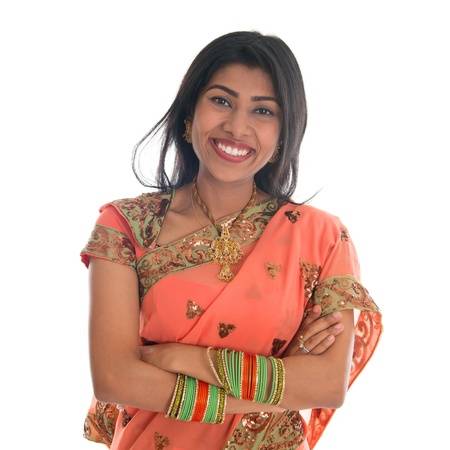 Err… this one is Prema, not Prima. Image from 123rf.com

Imagine meeting someone for the first time. The first impression you make may be based on their look, clothes they wear and the way they represent themselves. These characteristics are evidence while the first impression made is prima facie. Prima facie will only be established when the evidence presented before trial to prove a case is legally sufficient unless rebutted.

So, the AG’s chambers may have formed a view that they would not succeed in proving a prima facie case due to;

Eh… if that is so, then why is the case prolonged for two years?

Fahri explained that there may be political considerations that probably went into these decisions la. Actually, he isn’t the only one who may have thought of this. The executive director of the Centre to Combat Corruption and Cronyism (C4), Cynthia Gabriel, mentioned;

“Either the previous AG was coerced to press charges in court, or the system is always stacked in favour of the existing government.” – Cynthia on the ‘puzzling turn of events’ and how the judge’s decision underscored the need for clarification over the initial charge against Guan Eng.

5. The only person who can appeal this case is someone who isn’t really involved in it

Apparently, there were mentions of an appeal that can only be made by the AG… even though he wasn’t really involved with the case. The AG stepped down from this case (recused) some time in August this year.

However, a senior lawyer called for the prosecution to appeal this case despite knowing that only the AG is able to do so. Will he or won’t he? Img from The Malaysian Insight

So, we asked Fahri if there are any possibilities that anyone would appeal this case. He answered,

“I doubt it. Neither party would have an interest in appealing it. The AG certainly wouldn’t since they applied for the withdrawal. Guan Eng wouldn’t because it would mean the charge is still hanging over him. He has the best decision he could get.”

The most important thing here is to know checks and balances are there.

Some may say that the perceived weakning judiciary started in Tun M’s era. When he allegedly sacked Chief Justice Tun Salleh in 1988 (which he denies) or like when Anwar Ibrahim was charged with sodomy and thrown in jail to disqualify him from contesting election. And that perception sure hasn’t improved during the last eight years either. Although 2018 brings for the first time a new ruling government, and new hopes, but not everyone feels the same. So regardless of your opinions, what we can all hopefully agree on, is that for those dreams and hopes of a proper democracry to work, the laws should apply fairly to all.

“Some cast doubt on Mahathir’s intention to engineer a sea change to the political system. After all, he was the initiator of the process of reversing institution-building, which ultimately paved the way for further abuse of power by his successor. Irrespective of that, it is time to look beyond the personality to the institutions that could act as checks and balances to the political leaders in power, whoever they are. A robust democracy hinges on vigorous institutions rather than strong personality.” – South China Morning Post.

Share this article:
NAH, BACA:
What are these weird grey lumps that washed up on Penang's beach?