You may have heard that recently Penang’s CM, Lim Guan Eng, got a lot of criticism for buying an RM2.8million house. Not bad right, look quite nice. Image from NSTP/MIKAIL ONG

But they weren’t angry cos his house look better than theirs but because people claimed that he bought the house wayyy below market value. They claimed the actual price should have been between RM4.27 million and RM6.5 million, and LGE got his at almost 50% discount kononya, cos he did the owner a favour by selling some Penang land to his friend’s friend’s friend’s dental company. No really, it’s really not a close link.

Actually, this business of Malaysian politicians buying expensive houses is quite a common one. Last time Khir Toyo kena jail for buying an RM6.5 million house for RM3.5million. Unfortunately, whether or not all these politicians did a favour to get a discount is quite difficult to tell (we aren’t lawyers or private investigators ya)…

So we thought we’d ask a simpler question.

One thing we wondered about the LGE situation was – even at RM2.8 million, could he afford it on a Minister’s salary? So what we did was

We’re also gonna be very outright and say that this is a very, very, ROUGH ESTIMATE/CALCULATION. So please… Here are the factors that we’ll be applying to all of them.

And these are the figures we would be referring to for salaries. Note that the salaries for MP have been increased to RM16k. Screencap from cpps.org.my

* NOTE: The best comparison would be to find out the salaries and house prices at the time they bought it, but susah giler wei.

Some of the information and pictures that we include are also from blogs. We will mention them when we use them. But do bear in mind that there are lot of assumptions and figures in this article (and maybe bits that we missed out) so if we get any info wrong do let us know la. 🙂

To help us with this article, we spoke to Jared Lim from Loanstreet about loan approvals, and Serdang MP, Ong Kian Ming to get more details about how much MPs earn. Speaking of which…. We don’t have an actual picture of his condo, so here is one based on the price and size he told us. This one’s still for sale though, so if you interested can click on the picture to find out more on PropertyGuru.

We sent Ong Kian Ming an email asking his salary details and the house he stayed in, and he responded with a TOTAL BREAKDOWN of everything!

He also adds that salaries for politicians can increase based on the positions they hold, meaning if you are an MP and also a PM, you get paid a salary of an MP combined with the salary of a PM.

NOTE: We’ll be using RM9,700 as an allowance estimate for other MPs too, assuming they go to Parlimen as often as OKM 🙂

Monthly payment: RM1,938 a month (based on assumptions mentioned earlier) It actually looks even nicer from the front. Image from The Malay Mail Online.

So up next, we talk about the man in the spotlight himself. The price of the house has already been heavily publicised. As for his salary, he announced how much he was earning as Chief Minister of Penang (ADUN for Air Puteh in 2015, BUT he is also an MP (Bagan).

Price of house: RM2.8 million (but we know he paid RM700k downpayment and took an RM2.1 million loan) 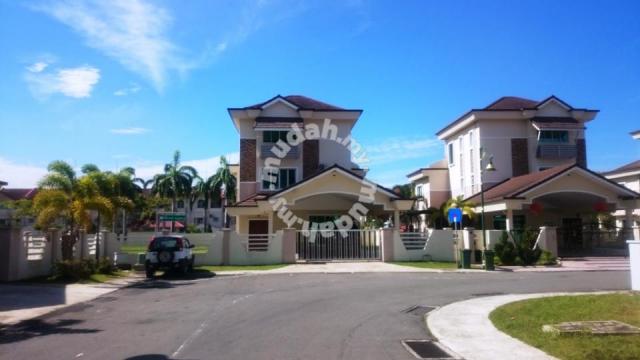 A bungalow in Kingfisher Sulaman where Dato’ Rahman Dahlan’s house is located. Once again, can click on picture if you’re interested.

So from this Facebook invitation and YouTube video, we deduced that Dato’ Rahman Dahlan stays in a bungalow in a housing area called Kingfisher Sulaman in Kota Kinabalu, Sabah.

We don’t have the exact value of his house, so to determine the price, we checked out the prices of similar looking house in the area. Rahman Dahlan also has 2 salaries, one as an MP (Kota Belud), and one as a Cabinet Minister (Ministry of Urban Wellbeing, Housing and Local Government).

Price of house: Between RM1.7 million to RM2.5 million 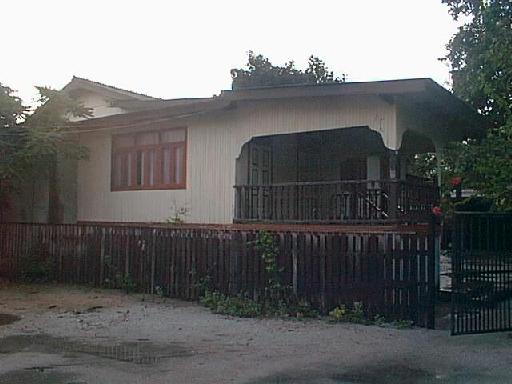 We found a few websites that mention this to be his actual house. Image from passenai.tripod.com

Several blogs have mentioned that Dato’ Seri Haji Abdul Hadi Awang lives in the house above in Kampung Rusila in Terengganu. Once again, we don’t have the actual value of the house, so we determined them based on 2 house prices (here, and here) in the area (there was a 3rd house but it looked a lot better than Hadi Awang’s so we din touch that). As for his salary, it’s a bit different. He’s not just an MP (Marang), but also an ADUN (Rhu Redang). And thus, we will include a Terengganu ADUN salary. But Hadi Awang’s case is also an illustration of factors that may not have been accounted for. There were claims that Hadi Awang’s house was inherited from his father. Besides that, this picture was also going around Facebook recently pointing out that Hadi Awang’s salary with add-ons was almost RM90k! Khairy Jamaluddin’s house is reported to be in Bukit Damansara. House price was once again estimated based on houses for sale right now in the same area. His salary on the other hand, is the same as Rahman Dahlan’s due to him being an MP (Rembau) and a Cabinet Minister (Ministry of Youth and Sports).

[Update: We were informed by a reader that the house actually belonged to his mom. So yea, this is what we mean by a lot of factors we don’t know.] We won’t be surprised if there are pictures out there of Tan Sri Muhyiddin and Khairy jogging because Muhyiddin’s house is also in Bukit Damansara! As for his salary, last year he was the Deputy Prime Minister, an MP (Pagoh), and a Cabinet Minister (Ministry of Education), all of which carried a salary (before he was removed as DPM and from the cabinet).

TBH we were quite shocked that houses in Bukit Damansara could go as cheap as RM3.6 million as seen here and here. We’re pretty sure KJ and Muhyiddin’s houses aren’t as basic as these, but we cannot prove it la.

However, we do have to add that an anonymous source once told us that Bukit Damansara is home to many politicians, who bought the houses when their prices were wayyy cheaper, so their houses may have been a lot cheaper than stated here. 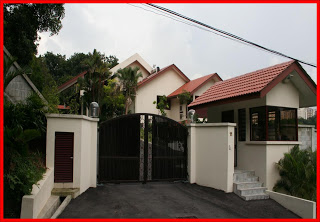 This blog said that Datuk Seri Anwar Ibrahim and family moved to this house in 2007. The same blog also claimed the house to be RM7 million but the property prices we found online seem to be a bit lower than that so we’ll take them both into consideration.

We acknowledge that Anwar may have earned a lot more in the past when he was DPM, he was in jail for long periods of time (including now), and thus we shall use Wan Azizah’s salary instead. She is currently the opposition leader, MP (Permatang Pauh), and ADUN (Kajang, for ADUN salary please refer back to Hadi Awang section).

Price of house: Between RM4 million to RM7 million

CAN AFFORD?: Well based on current salary, a bit hard regardless of how you look at it (between 55 – 97% (it’s not 1/3, but again their history too much variety to know how much they can actually afford)

So we found this majestic place on Street View but the location actually came from this article. The place is called Jalan Langgak Duta in Taman Duta, Kuala Lumpur. And what’s funny is the house opposite our PM’s on Google Street View was actually on sale, which we called to inquire about. Our PM also has one hefty pay day for being the PM, an MP (Pekan), and a Cabinet Minister (Ministry of Finance).

OMG why we work so hard when all these guys actually declare their assets already??

Really. We came across this document by IDEAS (Thinktank sponsored by transparently independent organisations!) that says Malaysia’s top officials are REQUIRED to declare their assets. So it seems that top Msian gomen officials need to declare their assets, and not just them, but MPs too.

BUT here’s the thing, while MPs declare their assets to parliament, gomen officials declare it to….*drum rolll*…our PM and…  We were informed by someone who attended the forum when IDEAS first presented this document that an MACC representative said at the forum that they don’t have the power to see civil servants’ assets whenever they want. They can only see it when there is an investigation. So yea that means only the PM knows.

It’s similar in our civil service where civil servants also have to declare their assets….but to their heads of departments.

The document also goes on to point out that countries with better asset declaration structures seemed to have lower levels of corruption as well. In places like the USA and Hong Kong, the assets of public officials are handled by committees and organisations with the main purpose of detecting potential conflicts of interest. e.g. If Khairy is sports minister, but also owns a sports complex.

But wait. Malaysian politicians only declare their assets to another politician…..so…er…

At the end of the day, it’s not easy to avoid conflicts of interest in something as simple as buying a house. However, the IDEAS document has some good ideas about how at least the information holds politicians accountable to the people. Just like we’re trying to do with this article. If it’s an RM2.8 million house and people are asking questions, what kinda questions should they ask about an RM18 million house?

“Almost everyone in politics nowadays has at least one conflict of interest.”
― Kenneth Eade, author of Terror on Wall Street, a Financial and Political Thriller

P.S. As we mentioned earlier, these are really, really rough estimations based on what we could find. Soooo..if you have more info that would make our estimation more accurate, do let us know yea 😀