In case you haven’t been on Facebook for the last month, the BERSIH 5 rally is happening this Saturday, as in November 19 2016. One thing that we can’t help but point out is that this time around, things seem to be much quieter (yep, we wrote an article investigating that too).

As with previous BERSIH rallies, we’ve seen gomen’s constant discouragement, contransted by the Opposition’s determination to disobey the gomen’s orders. However, one major difference this time around is that more organisations are publicly discouraging people from attending BERSIH 5.

Here’s a list of those we know of, and a quick look at whether their reasons for discouraging people are legit or not 🙂

PS: If you know of any more, please let us know in the comments, with link ya?

Suruhanjaya Hak Asasi Malaysia or the Human Rights Commission of Malaysia was established in 1999 with purpose of promoting human rights education, advising on legislation and policy, and conduct investigations. So it might come as a surprise to many when Suhakam’s new chairman called on Malaysians not to be involved in street protests. Apparently, Razali asserted that BERSIH as an NGO needed to be free from Opposition influence as its purpose was to seek gomen accountability. However, he also questioned the need to take to the streets as Malaysians were “not that desperate” as compared to the Tunisians and Egyptians during the Arab Spring revolution.

UPDATE: In the last two days, Suhakam cited the Peaceful Assembly Act 2012 as saying that Malaysians have the right to” assembly peacefully without arms”. In fact, a press statement was released to confirm their stance. On the other hand, the group has plans to monitor both rallies organized by BERSIH and the Red Shirts.

Well, since Suhakam’s chairman brought up the examples of Tunisia and Egypt, let’s take a look. Both the Tunisian and Egyptian protests focused on longtime issues like police brutality, the lack of free election and corruption to name a few. And both featured ruling governments that had been in power for less than half the time BN has.

In Malaysia, BERSIH’s 8 demands are somewhat similar to the demands of the Tunisians and Egyptians back then. We might not currently have a leader who has been ruling for more than 20 years, but we sure do have one that has been embroiled in a scandal so deep that even international banks had to close down. However, given BERSIH’s history, it is hard to say that it is free of “opposition influence”. The MMSP (not to be confused with Hindraf Makkal Sakhti, who actually organised their own street rally in 2007), also known as the orange shirts, is a BN friendly political party, set up by ex-members of HINDRAF. On November 16, MSSP president Datuk R.S Thanenthiran together with a group of orange shirts reported BERSIH to the police as an illegal rally. Bersih 5.0, according to MMSP. Image from kathputli.org

Though MMSP have been against BERSIH rallies since BERSIH 2.0 to BERSIH 4.0, their reasoning this time is that Bersih 5.0 has become “a puppet and has been hijacked” by the opposition. Summore, they blame Bersih for the rise of the red shirts, and has asked the police to investigate both groups.

Considering that BERSIH was originally launched by a coalition consisting heavily of opposition members, and till today still receives support from the opposition, it’s easy to assume that BERSIH = opposition. Recently, accusations of Bersih receiving money from the “Yahudis” did not help clean up the image of BERSIH as well.

However, Maria Chin, chairman of BERSIH 2.0 has said that they welcome all political leaders to join the rally, even going as far as to invite UMNO and BN members to attend. BERSIH stated they only received money once from the Soros foundation (RM70,000), and is now fully supported by donations (in the millions) from Malaysians, and have even put their budget and statement of accounts up for all to see. For those who don’t know, Hua Zong is an NGO that is like the big brother of Chinese organisations, and they speak out for the welfare of the Chinese community from time to time. While they do receive donations from MCA and Najib did officiate their new building, they do seem genuinely interested in protecting Chinese rights in Malaysia – sometimes even inviting both sides of the political divide to discuss issues. Even though it will not stop members from attending Bersih, they discourage participation to avoid racial tensions from becoming worse. Hua Zong has also spoken out against BERSIH 4 before, saying things should be resolve through peaceful negotiations, but adding that if itthe rally were to take place, it should be done according to the guidelines.

Speaking of racial tensions and of a nose bleeding incident, the Red Shirts first came together under the Malay dignity rally, formed specifically to counter BERSIH 4 in 2015, so you could say the tension has never been higher.

With the recent news of their clashes with BERSIH supporters, it’s only fair that people should be cautious. However, it’s also fair to point to numerous accusations that the Red Shirts are being funded by UMNO, with Deputy Finance Minister Ahmad Mazlan joining them for last year’s rally.

And while we’re on the racial topic, we also explored more on the Malay turnout for BERSIH 4.0, you can read it here. 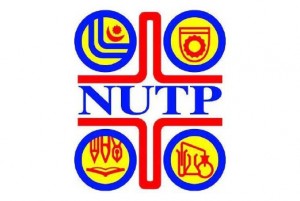 NUTP is the largest teacher’s union in Malaysia, representing all categories of schools on a national level . On Nov 16, its president Kamarozaman Abd Razak said that teachers should not, and cannot take part in such rallies, be it red or yellow. 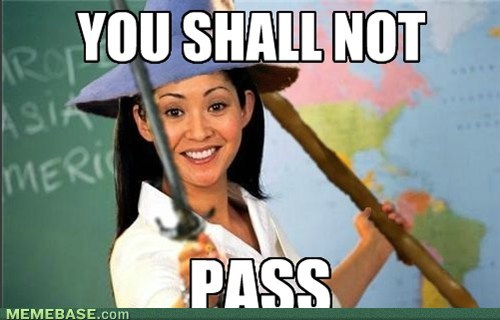 And attend BERSIH 5. Image from relatably.com

According to the NUTP president, it is in the teacher’s pledge that they are not allow to attend rallies, and that gomen servants should stand with the gomen.

According to article 132 (1) of the Malaysian constitution, while it is true that those under government service are required to pledge loyalty to the king, country and the gomen, and obey the rules that are set, citizen still have the right to assemble and attend rallies under the Article 10. This view is supported by Suhakam who have recently stated that “under the law, civil servants, university students and academicians had the right to assemble peaceably“.

Point is, teachers are not forced to support the government la.

So, there was an article reporting two private higher education institutions, Monash University and Curtin Sarawak as having warned students not to participate in any “illegal gatherings”. Since these warnings were issued on Nov 16, netizens kinda assumed that the warning was directed at both the upcoming BERSIH and Red Shirts.

While we couldn’t locate a reliable source to substantiate Curtin University’s warning, students from Monash University were said to have gotten this on their student email: Well, Monash seems to be against illegality, and technically, BERSIH is “illegal”, with Deputy Prime Minister Ahmad Zahid Hamidi saying that both Bersih and the Red Shirts were not registered under the Societies Act 1996.

Meanwhile, Federal police director of Internal Security and Public Order, Datuk Seri Muhammad Sabtu Osman stated that the BERSIH rally plans did not completely adhere to the conditions of the Peaceful Assembly Act 2012. As such, the organizers were called to cancel their rally. Well, under the Peaceful Assembly Act 2012, there are limits to the right to “organize an assembly or participate in an assembly peaceably”. This includes among other things, STREET PROTESTS?!

But the odds have always been stacked against BERSIH all this while. First off, the Peaceful Assembly Act was literally written after the BERSIH 2 rally. So even if they were registered as a legal society, the rally itself would still be deemed illegal.

“However, Registrar of Societies Datuk Abdul Rahman Othman said yesterday the rally  could not be held at all, even if a permit was applied for under a legal society.”   – AsiaOne, 2011 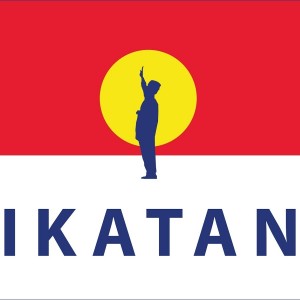 A few days ago, Ikatan urged the police to take action against both Bersih and the Red Shirts. For those of you who haven’t heard of Ikatan, it’s a fairly obscure party formed in 2012 by a former UMNO member.

The party’s purpose was to be neither pro gomen nor pro-opposition, but rather to uphold the aspirations of Malaysia’s founding fathers. Just this year, both Ikatan and PAS joined forces to create a third political pact, after BN and Pakatan Harapan.

Apparently, Ikatan believed that IF BERSIH and the Red shirts were to meet on the streets, violence would certainly follow. After all, there were cases of violence involving the Red Shirts during the Bersih convoys, like that time in Teluk Intan and Lumut. And who could forget this incident? “Let Bersih and the Red Shirts make a fresh application to carry out their demonstrations in a more safer and controlled environment– like in Padang Merbok or other places that will not endanger people or public property.”- Ikatan president Tan Sri Abdul Kadir Sheikh Fadzir as quoted in The Malay Mail Online.

Well, Ikatan’s concerns seem fairly valid as violence can actually occur as seen in another “two shirt showdown” from our neighbor Thailand in March 2010, which was put to a stop by the Thai military. By the time the protest ended in May, 80 civilians and 6 soldiers were reported killed.

While there have been some cases of violence during the previous Bersih rallies, all of them have been for the most part, peaceful. In fact, BERSIH 2.0 has been known for preparing guidelines for those participating in the rallies.

Moreover, last year’s BERSIH 4 gathering was carried out peacefully which is unlike how members of another group behaved… And guess what? Despite promising to show up for a counter rally at the same time as BERSIH 4, they sorta ffk-ed at the last minute.

So HOW!? To protest or not to protest? Image via KL Coconuts. Click to read their article on other historical Malaysian protests

If you are willing to take a step back and look at our history, you’ll realize that street protests aren’t something new. Just about 70 years ago, an estimated 50,0000 Malayans took to the streets to express their opposition towards the Malayan Union political system. Ironically, a political party was founded to rally Malayans for this cause – UMNO.
In fact, this KL Coconuts story details all the other rallies that have happened in the past, some more orderly than others. Speaking of orderly, that’s one thing that even detractors can’t argue about BERSIH. Their previous 4 rallies have been very peaceful, and often left rally sites cleaner than when they arrived. Frequently, many Malaysians take it upon themselves to collect trash as they leave. So at the least, even if you don’t believe in BERSIH-ing the government, at least they’re BERSIH-ing the streets 🙂
As for whether or not you should go, our colleague Ui Hua puts it in his recent BERSIH article:

“So if you’re going for Bersih this weekend, great. If you’re not, that’s okay too. But if you’re undecided, give it a good think and consider if exercising your constitutional right to let your voice be heard is important enough to make a trip to Dataran Merdeka.”