Malaysia seems to be a country that is never lacking in visits from strange and exotic animals. First there was the tragic case of this “alien bear”, then a weird fish which shows up before earthquakes, and then this…goat.

Recently however, it wasn’t so much the creature that was strange, but rather the place where the creature was found. We’re talking about a few fisherman finding a whale shark in a river in Melaka, near the Sungai Duyung jetty to be exact.

And this is no small thing…literally. The whale shark is one of the biggest creatures in the ocean, so for it to turn up in a river is quite peculiar.

But if whale sharks are so big, how did one end up in a river in Melaka?

Since whale sharks are pretty big, you would expect them to be swimming in the deeper parts of the ocean but the truth is while they do live in the open sea, they don’t actually go to the deep, scary parts. They live in the more tropical, or warmer parts of the ocean, and that is why they are also found in the waters surrounding Malaysia! 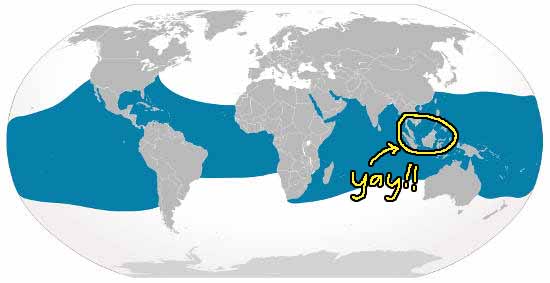 But the thing about this whale shark is that while all the videos and pictures that we saw of it shows it either on land or very close to the shore, the thing is this whale shark actually got caught in a fishing net 7 nautical miles (12km) from the coast. Meaning that it was caught further out in the sea and brought back to the shore by the fisherman.

A website also mentions that whale sharks are a bit special because they have a very high tolerance to different kinds of habitats, sometimes even going to shallow lagoons, coral areas, and, get this, even the mouths of rivers. And actually if you look up the Sungai Duyung jetty, it’s actually really, really close to the sea.

The part where Sungai Duyung connects to the sea. Screencap from Google Street View.

At the same time, an expert says this about sharks in general.

“When great white sharks and other pelagic, or open-ocean, sharks do get “beached,” they’re usually inexperienced juveniles.

Perhaps they’re a little more naive than their older kinfolk, who have probably encountered [beaches] at some point and figured it all out.” –  George Burgess, a shark expert at the Florida Museum of Natural History, as quoted by livescience.com

Wait, juvenile? Does that mean that the one in Melaka is a kid? Well, that may actually be true because… 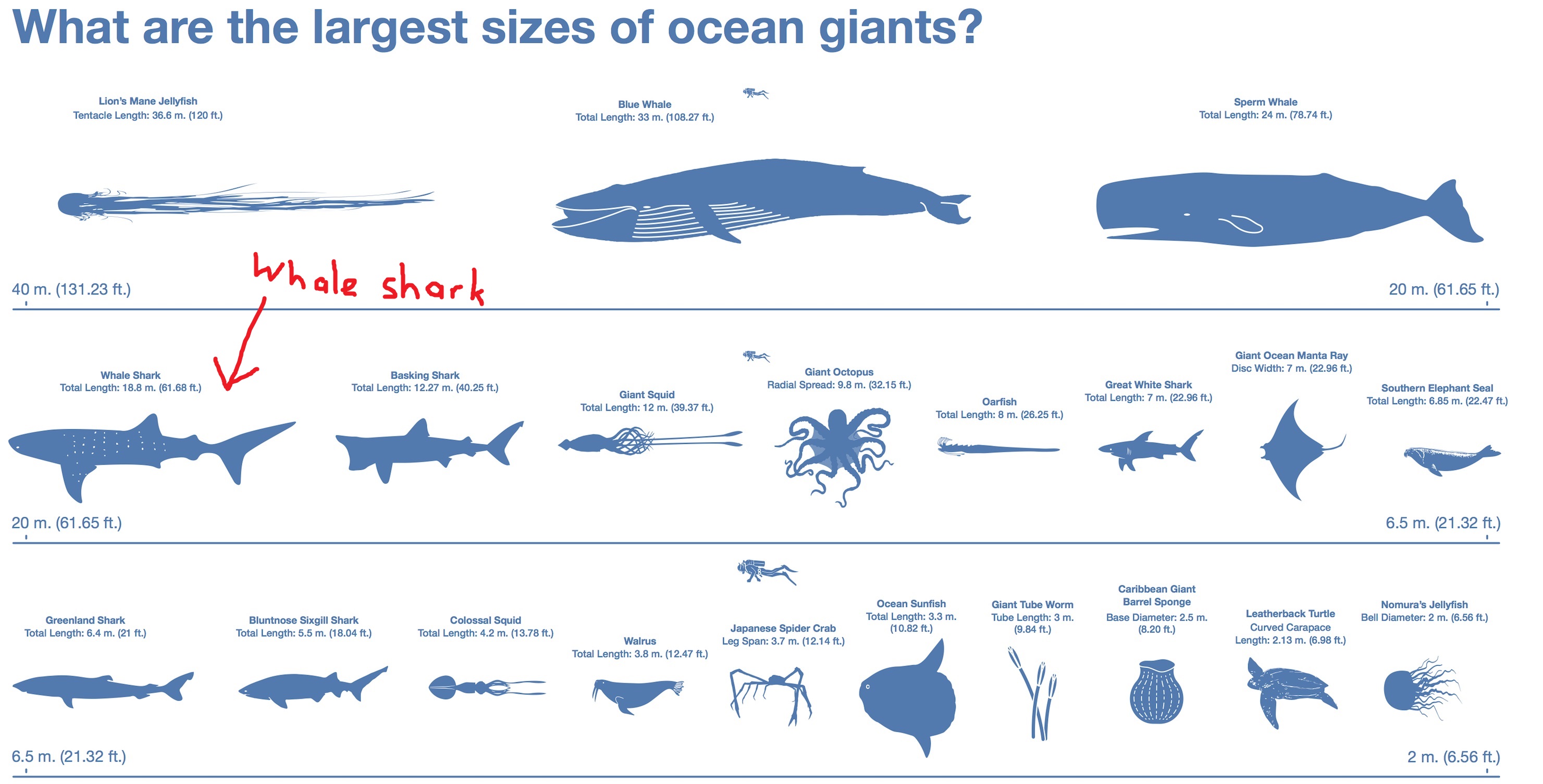 The reason it’s called a whale shark is simply because it’s the largest fish on this planet. In turn, the blue whale is the largest animal on the planet. (But even if it’s in the ocean, it’s a mammal, not a fish.) The video of the whale shark in Melaka may not be very big, but there are actually much bigger ones. The biggest one ever recorded was reported to 12m long (about the size of a schoolbus). They’re not aggressive towards humans, but no one said anything about passive aggressive. Original image from ANDYMURCH.

At the same time you may be wondering if a whale shark is actually dangerous to humans, since you know…it’s a shark, well the truth is they’re so gentle that they’re not a threat to humans at all.

The whale shark is most definitely a shark. It’s known as a filter-feeding shark, meaning that it feeds by letting the ocean water pass through their mouth while the filters in their body catch all those little tiny things in the ocean (plankton) that we usually don’t see. why is this one such a big deal? Well one possible reason is….

If you look up whale sharks in Malaysia, you would find that Malaysia does actually have dive spots where you can potentially see whale sharks. The thing is, they are not as common here as they are in the Philippines (or at least one place in the Philippines). One review online said that even dive instructors themselves only saw 2 whale sharks the whole year. In fact, our Editor-in-Chief, Chak, who is a diver, also tells us that in the 200+ plus dives he’s been on (locally and internationally), he’s never seen a whale shark.

So in other words, you can barely see them la. Two creatures who can’t see each other. Images from sharkattackwrestling.wordpress.com and sualtigazetesi.com

But the reason why they’re so difficult to come by could also be because there aren’t many of them left in the wild. There are many ways to classify how many animals are left in the wild, and the whale shark comes under the category of endangered, which means that the species “faces a high risk of extinction in the near future”. In fact, the whale shark is considered a protected species under the Fisheries Act 1985, so it’s actually illegal to hunt them in Malaysia.

But unlike all the other weird animals we’ve talked about, this one didn’t die!

It was reported that when the State Fisheries Department reached the scene, the whale shark had minor tail injuries, but was barely alive. The local fishermen had tried to release it initially but because of its size (and weight of 1.5 tonnes), they couldn’t and so they chose to wait for help. It’s a good thing then that after almost 12 hours, the State Fisheries Department managed to release it about one nautical mile (2km) from the mouth of the river, with the help of the local police and fishermen.

And while we shouldn’t be hoping for any other whale shark to ever go through such an ordeal, this whale shark’s appearance did go some way to brighten up the day of the people who saw it.

“It was a nice experience to see such a giant fish.” – Alias Ibrahim, a local resident, as quoted by newsinfo.inquirer.net

Perhaps our editor would have more luck finding one waiting by the Melaka river rather than going diving.  😉

Share this article:
NAH, BACA:
Male fishes in Malaysia are turning female? Hmm... what happens if we eat it?