Some of you may have noticed that despite Donald Trump winning the US Presidential Election, CILISOS didn’t actually write anything about it.

But that was until it got a bit more personal when some of us at the office who were going overseas realised that ever since Trump won on the 8th of November, our currency started to get a little wonky when compared to the US Dollar. For a point of reference, in the gif below, imagine the green lightsaber as the US Dollar and the red one as our Ringgit.

But before we start to look into why the US Presidential Election affected our currency so badly, first we need to talk about something else.

Actually, it wasn’t just the Ringgit that went down, and yes, most of it is because TRUMP

All over the world currencies have been reacting to the news of Trump’s win, whether positively or negatively…..mostly negatively anyway. Right after Trump’s win, it was reported that investors were quickly moving to other currencies known to be a lot more stable like the Japanese Yen or gold, because investors were afraid that Trump would “cause global economic and trade turmoil and years of policy unpredictability”.

But that panic which caused a lot of people to run from the United States lasted a grand total of one day because the very next day, investors were running back to the US Dollar.

WHAT WHY!? Well it’s because people believed that the Trump administration would raise federal interest rates, which makes the USD more attractive to investors because that would mean higher returns. Something like switching your savings to a bank which gives you better interest.

Still, while the USD recovered, the rest of the world continued to suffer. As we surveyed some of our neighbouring currencies and some of the more prominent currencies, we found that almost every one of them continued to do badly against the USD. In fact, quite a number of articles were written specifically about how Asian currencies were among the ones which were badly affected by Trump’s appointment (like here and here).

“The dollar is up against most major currencies (in Asia) supported by an upward revision to US interest expectations and focus on Trump’s pro-growth and inflationary economic policies.” – Elias Haddad, senior currency strategist at Commonwealth Bank of Australia, as quoted by Bloomberg In addition to US having higher interest rates, Asia is also suffering additionally from Trump repeatedly saying he would do things like introduce trade limitations, and get rid of trade agreements (he’s already said he’s against the TPPA).

And what’s even more worrying is that…..

The Ringgit did worse than any other currency in Southeast Asia!

Actually we did worse than almost all the countries CILISOS surveyed. Maybe should start new category of Wall-torn countries. 😉  (If you didn’t get that, it’s because we’re also building our own wall hahaha.) 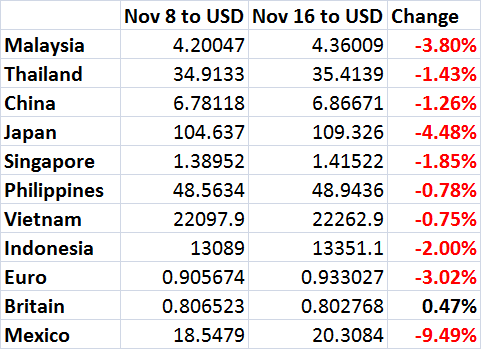 Yep. The graph shows that the Ringgit dropped 3.80%.

That’s like 3 times more than almost any other currency on that list. It was even reported that the Ringgit was even one of the worst performing currencies in Asia. At least on the first day, you would expect the Ringgit to recover even just a little bit against the USD when they were doing badly, but it didn’t. We just stayed stagnant on the 8th of November and went downhill after that, before recovering a teeeeeeny tiny bit on the 14th.

And even when it comes to Mexico, there is a somewhat clear reason as to why they’re in the poopstorm they’re in now (because of how they were constantly a topic of conversation during Trump’s presidential campaign). So why are we doing so badly?

At this point, we found that it wasn’t very easy to find the answers online (sometimes also because we had no idea what the articles were talking about with all the economic terms hahaha). So what we did was speak to Dr Yeah Kim Leng, Professor of Economics at Sunway University Business School, and external member of Bank Negara’s Monetary Policy Council.

And it seems that there are 3 possible factors which are contributing to the Ringgit doing worse than other Asian currencies. They are all pretty heavy on their own so let’s go through them one by one:

1. People are scared that our Ringgit will kena peg again

By again, we’re referring to the Asian Financial Crisis of 1997. During the crisis, Tun M pegged the Ringgit at RM3.80 per USD. What that means is the gomen basically stepped in to make sure that the Ringgit was always at RM3.80 to the USD by manipulating the market using the laws of supply and demand.

But in general, any attempt by the gomen to control currency is known as capital control. And while it may have worked in 1997, Dr Yeah says it’s quite dangerous today.

“Capital controls will be more harmful given that today’s globalisation of financial markets and should only be applied as a last resort in a crisis situation.” – Dr Yeah Kim Leng, Professor of Economics at Sunway University Business School, in an interview with CILISOS

But why would capital controls scare investors? Well, imagine if one bank was going to put a limit the money you could take out, definitely you would take the money out of that bank first right? Bank Negara did eventually come out to try and alleviate the fears of the investors, but based on how badly our currency has dropped in the past few days, it seems that the damage had already been done. But that’s just the first possible reason. 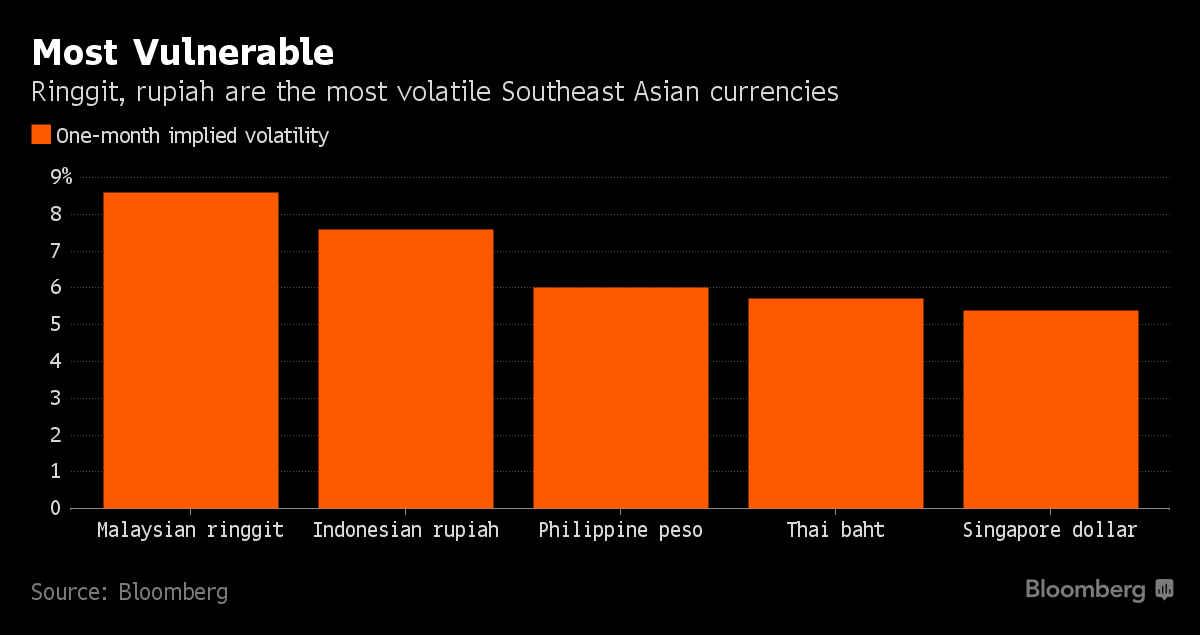 And maybe even the most unstable. Image from Bloomberg. 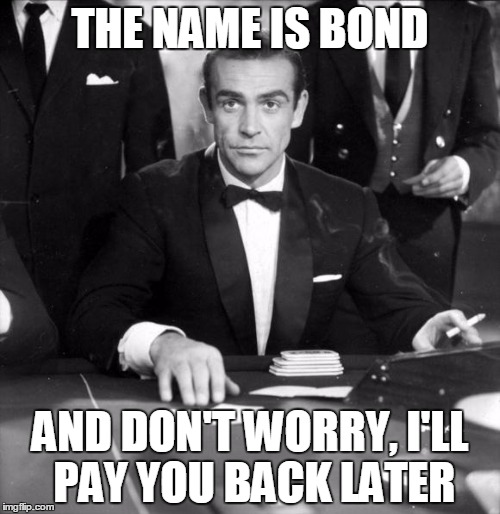 This is because of something known as bonds. A bond is basically a document owned by someone when another person owes them money. For example, Malaysia sells a bond worth RM5 billion to Person X. This bond is basically a card which lets the person claim back the RM5 billion after a fixed time. And in between that time, Malaysia pays interest to the person holding the card. At the same time, Person X can sell that bond to Person Y.

It’s kinda like a bank loan, except that bonds are more like debt that can be bought or sold. Countries often sell bonds, but the problem for Malaysia is that a high amount of our bonds are owned by foreign investors.

And with the news of Trump, these foreign investors were quick to try and get rid of their Malaysian bonds, causing the demand for the Ringgit to drop even more.

3. Malaysia doesn’t keep as much USD as other countries

When it comes to money, many countries often stock up on a currency other than their own. There are many reasons why they do so, and one of the reasons is to support their currency when it falls. For example, the Ringgit starts falling at a really fast pace which may scare many people, so what a country does is use their overseas currency to buy the Ringgit people wanna sell to soften the drop.

Dr Yeah also brought up that our low foreign reserves is another possible reason for the drop. Because it seems that we’re still recovering from the last time we had to use our foreign reserves.

“Malaysia’s foreign exchange reserves have diminished, from about US$120 billion (S$170 billion) at the end of 2014 to about US$98 billion now.” – Mr Heng Koon How, senior investment strategist at Credit Suisse, as quoted by Straits Times

And so without as much foreign reserve to soften the fall this time round, it seems this, coupled with the other factors mentioned, have snowballed the Ringgit’s drop.

Wah lao… then should I change USD now or LATER!?

As we’ve mentioned, some of us in the office may be going overseas. Our Editor-in-Chief (EIC) himself is actually going to the US. We often hear a wail of despair whenever he looks at the exchange rate. Some of us would be able to empathise with our EIC la, and are probably wondering when will be able to enjoy a nice holiday in the US or even buy stuff from them without having to sell any of our organs.

Sadly it seems that there is no end in sight….yet.

“Currency movements especially during times of uncertainty are highly unpredictable, more so when looking ahead to next year. If the amount required to travel abroad is not too large, I wouldn’t worry too much about it, that means, I will take an unhedged position.” – Dr Yeah Kim Leng

In other words he’s saying that if you really need to get some USDs right now, you should just do it instead of waiting for things to get better, because he adds that it may even get worse. Heck even CIMB said that we could even hit RM4.80 per USD in the next 3-6 months.

So until then, all that we can do is wait for this storm to end, and try to avoid foreign currencies as much as we can. But if you really can’t wait to get that beautiful sweater that you saw on a US website, then you’re probably just down to one option…. 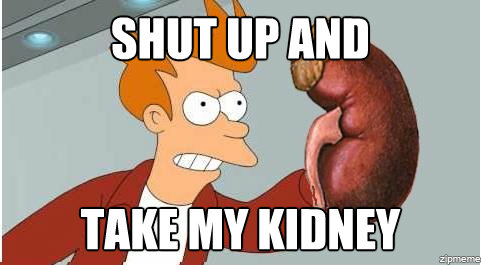