So it’s Teacher’s Day today!  🙂  Love them or hate them, it can’t be denied that teachers are a big part of our lives. Whether you call them cikgu, lau shi, sifu, guru, sensei, prof, doctor or by their own names, teachers play a role in shaping us for at least 11 years of our lives. Teachers inspire, educate and prepare us for adulthood, sometimes even at the cost of their own time and money. Sometimes with a lot more money than others. Source

With such a big responsibility on their hands, we wonder if Malaysian teachers are PAID enough for their pains. As a columnist for the Malay Mail Online had put it, some teachers, like a lot of other careers, are criminally underpaid. This may be why not many fresh graduates are interested in teaching, according to Teach for Malaysia co-founder and TN50 ambassador Dzameer Dzulkifli.

“We want to consider higher pay for teachers (to attract graduates). Pay people a higher amount for doing something good.” – Dzameer Dzulkifli on Malay Mail Online

Dzameer pointed out the flaws of the current educational system, as well as his suggestions for improvement – paying teachers better in order to attract better talent is one them. But are teachers really underpaid? And do better-paid teachers produce better students? To answer those questions, we talked to 6 teachers (some of their names have been changed):

But before we get to the results, have a guess!

Here’s how much they actually get paid. 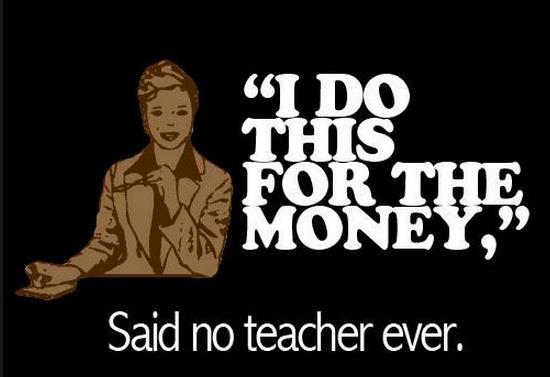 Let’s begin by talking about the starting pay. Akmal, Akmal, who teaches primary school students in rural Sabah, said that since now all teachers have to have at least a degree, the starting grade of DG41 (which is the lowest pay grade for Pegawai Perkhidmatan Pendidikan a.k.a teachers) can net you RM2,200 in basic pay… without allowances.

And when we say rural, we don’t mean 30-minutes-to-the-nearest-Starbucks rural. It means that some of his students came to school on a sampan or by trekking through a jungle. So Akmal receives an additional isolation allowance for teaching at remote locations. There are also yearly increments that government teachers enjoy. Kannan told us that last year, teachers got a double increment, and each year teachers enjoy a pay raise of not less than RM200.

Kannan had been teaching for six years, Rosie for seven and Ching Yee for ten, so their salaries are somewhat understandable. However, things aren’t as peachy for private school teachers like Laila who has been a teacher for 3 years.

But they don’t get paid for overtiming

However different their pay schemes are, all 6 teachers have something in common: none of them receive any overtime, even if they work more. Remember when you go to school and SPM or PMR is around the corner and teachers will sometimes hold extra classes after school hours? Yeah, that’s free. Teachers who hang around for club activities and uniformed bodies march practices? That’s free as well. In fact, as pointed out by the image above, a teacher has a whole slew of responsibilities other than teaching. What you get as your basic pay generally covers all of these responsibilities, and there’s no OT. Ever. As Rosie had put it,

Laila recounted that she was once assigned to 24 hours of credit per week for a semester. That’s roughly five hours of teaching each day, but her duties didn’t end there. She had to play the warden for the dorms, hold the post of the discipline teacher (the ones who carry around a cane everywhere), organize school events and a whole mess of other stuff, at no extra pay. 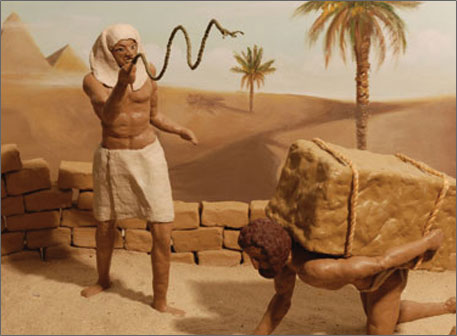 Rosie, on the other hand, teaches 24 periods a week, or roughly 12 hours of class. She teaches History and Geography to seven different classes, four of them in Form 3 and three of them in Form 4. Teaching itself is a pretty big task, but the paperwork can be even more daunting. There’s a lot of homework marking and test grading that goes on behind the scenes, but Rosie managed it.

“After school ends at 1.30, on a good day I usually spend half an hour to an hour doing those. Say that a class has a quiz tomorrow. After school I’ll spend some time photocopying the question sheets. It used to take longer as we didn’t have question banks to take the questions from before, so we had to make up the questions as well. But now it’s a bit easier.” – Rosie

Asma, on the other hand, teaches students with special needs for 14 hours a week. Her students range from children with Autism Spectrum Disorders (ASD), slow learners and children with Down’s Syndrome. Some of her salary goes into buying teaching aids and decorating her classroom. Eh. What?

Wait… a teacher using her own money for her students? Madness!

Actually, it’s a pretty common thing in the teaching line of work. In fact, all of the teachers we interviewed have some time or another used some of their own money for their students. Half of their total sales are to kindergarten and primary school teachers. Source

Laila uses some of her pay to buy refreshments for her students during events and school trips. As she teaches primary school students, it can be a little hard to refuse their requests for candy and keropok. Rosie uses some of hers to help decorate her class and get more teaching materials.

Kannan, on the other hand, goes hardcore and spends some RM100 to RM200 monthly on teaching materials and journals. He teaches Science and Tamil at an SJK (T) school in rural Kelantan, and tries his best to keep the 30 students in his school updated on current developments in science and technology.

“…teaching isn’t like in the old days. We now have to keep up with globalization. We need to focus on the current issues here.” – Kannan told CILISOS

Akmal spends his salary on reference books for his students, as those aren’t as readily available in the area he teaches as they are in the city. Plus, there’s no photocopy machine, so he had to spend quite a bit on exam papers, notes and homework sheets. Ching Yee’s school, on the other hand, provides the money for teaching materials and class decorations, but she sometimes buys small gifts for her performing students. 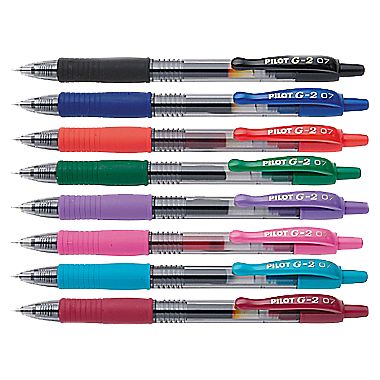 To adults, meh. To kids… having a purple pen is pretty badass. Source

So do their salaries affect the performance of their students?

This is the question that every teacher we interviewed agreed on. When asked whether a teacher’s salary will somehow affect the progress of their students, they all replied with a variant of “No”.

Akmal pointed out that when it comes to salary, there’s no way it will be ever enough, no matter how much you get paid. People will always want more, no matter what your profession is or how much you get paid. While Kannan, Rosie and Ching Yee are satisfied with their salary, Laila isn’t, for obvious reasons. Ching Yee, on the other hand, agrees that teachers are underpaid. According to Ching Yee, teaching is a lot harder today than five or six years ago. We feel ya sista. Source

Then what makes the students successful? Akmal thinks that the students themselves as well as their parents are also part of the equation, not just the teacher. Or his pay.

“Rural teachers like us spend a lot for our students, but in the end it’s all about the students themselves. You can pass the UPSR with some effort, but to score straight As, you’ll need the parents’ help.” – Akmal told CILISOS

Rosie, on the other hand, said that as much as she didn’t mind using her own money for her students’ welfare every now and then, doing it all the time isn’t exactly ideal.

“Teachers are teachers. We are the ones teaching critical and creative thinking, so we should practice what we preach. For class decorations, you can use cheap stuff and still make it look classy. For school trips, make some effort to write letters requesting discounts for entrance fees and events. For financially challenged, you can find the appropriate bodies and request help from them. A teacher’s salary, whether it’s too much or too little, should not affect your students in any way.”

“It depends on the teacher, whether they have the heart to teach or not.”

So are Malaysian teachers paid enough or not? Throughout the interviews, only two out of six of the teachers had said something about not being paid enough. The other four are somewhat satisfied with what they are earning, with Kannan describing what he received as ‘adequate‘. Rosie, although earning upwards of RM5k a month, said that after subtracting her commitments, the remainder is enough for her to live comfortably.

Laila is understandably dissatisfied with her pay after three years of teaching, but she claimed that she can live without overtime payments since if she worked smart during teaching hours, there would be no need to work extra. Even though she is overworked and underpaid, her passion for teaching is real.

“I love my job. I love my students. Why else would I stay with these work conditions?” -Laila told CILISOS

And although Ching Yee did say that Malaysian teachers in general are underpaid, it’s only because the burden of work had increased. During the last four or five years, she recounted that teachers are now working full days, not just during school hours like before. However, when asked whether she liked being a teacher, she replied “Of course!” without hesitation.

Asma didn’t really speak much during the interview, and she replied with simple one-word answers and short phrases to the interview questions. But she opened up when talking about her students with special needs, and we can hear the enthusiasm in her voice. She may not be paid much in cash, but it seemed that she found something even better in her work. So the answer to the question of whether Malaysian teachers are being paid enough should be pretty obvious by now.

For teachers who “have the heart to teach“, it doesn’t really matter. Selamat Hari Guru to all our cikgus in Malaysia!!

Share this article:
NAH, BACA:
Eh. Why is there a protest on Labour Day every year in Malaysia?