Recently, the Festival Filem Malaysia (FFM) – our country’s equivalent of the Academy Awards organized by FINAS, the National Film Development Corporation – came under fire for excluding two highly-praised movies from their Best Picture category for not including enough Bahasa Malaysia. Instead, Jagat (a mostly Tamil-language film) and Ola Bola (A pretty even mix of Malaysian languages) were nominated under the (apparently equally glamorous) non-BM category instead. This is apparently due to a FINAS regulation/policy that local movies have to contain at least 70% Bahasa Malaysia in their scripts to qualify for Best Picture, with the non-BM category introduced in 2011. We have to note, though, that we weren’t able to find a mention of this BM requirement on both the FINAS or Lembaga Penapisan Filem (aka Censorship Board) websites. A chief jurist for FFM even used the Federal Constitution to defend FINAS’s decision.

What we did find is the Censorship Board’s regulations – which is noted have been made increasingly strict over the years. If followed to the book, this means that many previous FFM winners and nominees may not be allowed in the cinemas today. The relationship between FINAS and the Censorship Board is pretty convoluted, so you should check out our previous article on film censorship for more info!

Anyway, without further aduh, let’s take a look at some highlights of Malaysian cinema that may not make it into FFM if they were made in 2016…

(Note: Some of these movies are hard to buy nowadays, so we’ve put links to copies online) One of the few bathing scenes in the movie. Click here to watch the full movie on YouTube.

The story revolves around Zaleha, who elopes to Thailand with her lover to escape Amir, her husband-to-be. He tracks her down, kills the lover, then rapes and sells her to a pimp (!!!). Zaleha spends 6 months as a prostitute and plans her revenge… She seduces Amir to remarry her, but once they get back to the kampung it becomes obvious that Amir isn’t the only target of her seduction. Dun dun dunnnnn~

If you’d like to watch this movie, the full version is available on YouTube; though it’s an Astro version so we don’t know if any bits were censored. Still pretty risqué though!

The only thing that may save this movie from the banhammer is that all the characters get their just desserts in the end. And yes, this is an actual Censorship Board requirement, that immoral characters are allowed to be shown ONLY if they serve to tell some moral story. For instance:

The movie also depicts the authorities properly doing their job (another requirement), with the religious authorities arresting people for khalwat and the police… doing police-y stuff la. No spoilers, k. 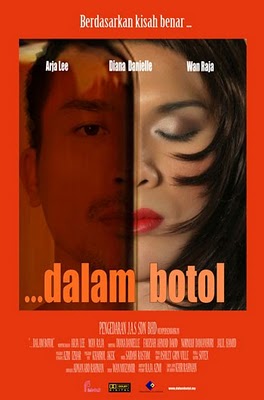 Image from The Droid Lawyer.

Based on a true story, …Dalam Botol tells the story of a very conveniently-named Rubidin, a gay man who misinterprets what his boyfriend meant when he said he wished Rubidin was a woman. Rubidin undergoes a sex-change operation and comes back as…… Jane. No of course not, he calls himself Ruby. Unable to accept being with a woman, Ruby’s boyfriend leaves and she goes back to being a man. Things become complicated when Rubidin/Ruby starts to fall in love with a girl because, like a bad deliveryman, he’s lost his package.

There’s a full version of the movie on IMDB, but it loads really slow and you can’t skip.

Actually, aside from the title change and the cutting of a nude scene, this movie was passed by the Censorship Board AND Jakim; going on to do really well in local cinemas considering it’s Malaysia’s first gay-themed movie involving two Malay-Muslim men. However, the reception from the LGBT community was more negative, criticizing the “moral” ending of the movie, which you can click here to read if you don’t mind spoilers.

The director of …Dalam Botol was heavily slated to grab the Best Upcoming Director award, but rumor has it that she lost due to the issues highlighted by her movie. Named after a town in Johor, Paloh is kinda like the Japanese Occupation version of Sepet. It tells the story of 4 Malay friends who serve as policemen or spies for the Japanese. One of them falls in love with a Chinese girl who was actually sent by her father as a spy for the Communists but they end up falling in love for real. Another falls in love with a Malay girl, but her father opposes the relationship because he doesn’t like the idea of Malays working with the Japs. All the characters’ paths cross and clash as they switch sides, proving once again that Communism ain’t no party. 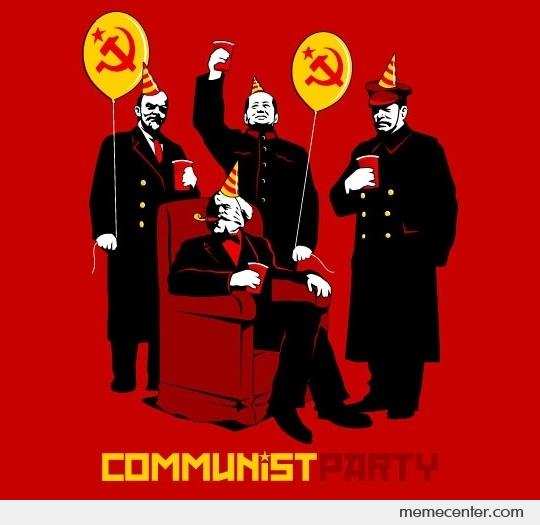 Although it didn’t do too well in the cinemas, this movie was noted to be one of the first to challenge the perception that the Communists in Malaya were mostly Chinese. You can find the full movie on YouTube, but support local filmmakers la.

NAH, BACA:
Orang Aslis just won a lawsuit against a... durian company? What's this about?

Actually… Paloh was funded by FINAS (who also organizes the FFM), so we’re sure that all requirements were met in some way or other – we didn’t actually go through the script to count the breakdown of languages used. But still, this doesn’t detract from the fact that it’s actually a really good movie. We gave it really high marx when we watched it. Why these movies may not make it into FFM 2016:

We lumped these two Yasmin Ahmad-directed movies together since Gubra is the sequel to the very popular Sepet. Sepet starts off with the romance between a Malay girl (Orked) and a Chinese boy (Jason) whose interracial relationship is challenged by their friends, family, and a motorcycle accident.

Seven years later, in Gubra, Orked thinks Jason is dead, and is unhappily married to an older man who constantly cheats on her. After a chance encounter with Jason’s brother in the hospital, she’s reconnected with her memories of Jason. At the same time, there are two subplots of Orked’s maid having a romance with a hospital worker and a prostitute who contracts AIDS. In the end credits, Orked is seen in bed, snuggling up to a familiar Chinese man with a wedding ring on his finger… 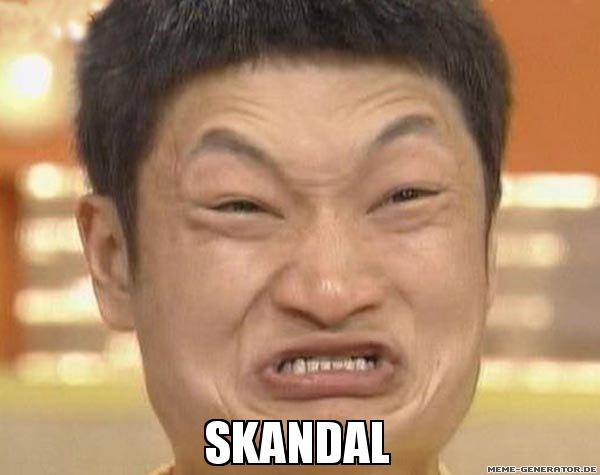 We recommend supporting both movies by buying a copy since they’re still being sold, but you can probably find the full versions on YouTube if you look hard enough. *cough*

Again, we didn’t comb through the entire movie to break down how much of each language is used, but considering that Sepet won 6 awards that year it probably met the 70% BM requirement?

Gubra, though, is a different story… this one caught a lot more criticism when it came out because some people saw it as questioning Islam and Malay culture while glorifying the West. However, many of the offending themes were kinda properly addressed, like when we find out why the prostitute was…um, prostituting and what happened to her at the end.

Or it could be that Gubra was a pretty darn good movie. Utusan Online interviewed FFM 2006’s head judge over Gubra’s win despite the controversy, and this is what he said: Tsu Feh Sofia is actually named after the main character, a Chinese doctor named Tsu Feh. After being tired of city life, she takes a break in an island paradise that she remembers from her childhood. When she gets there though, she finds that the entire Malay community have been religiously and politically divided, fighting and killing one another. She meets an Islamic teacher and eventually embraces Islam, changing her name to Sofia. At the same time, there might be another reason she was drawn to the island…

Unfortunately, there’s no copy of this movie available online, but Tsu Feh Sofia has been used as a case study to examine the relationship between Malays and Islam quite a bit. From what we gather, part of the appeal of Tsu Feh Sofia is that it uses heavy symbolic imagery that leaves a lot to the interpretation of the viewer, which can be a bit tricky for censors. For instance, the movie may have broken this regulation…

… in a scene with an almost-drowned Sofia being rescued out of the sea – which either mirrors her salvation in Islam, or matching an earlier dream of a Wali (Protector) coming from the sea to save the Island. There’s a whole lot more that’s been discussed, like how the movie is a reflection of the political conflict between UMNO and PAS at the time. Deep.

On that note though, it’s a pretty high chance that symbolism didn’t save this movie, since a few sites we’ve visited have mentioned that the movie has not been shown on TV and is extremely hard to find in video format.

Is the Malaysian film industry going……..backwards?

Before going into this, we’d like to know which of these movies you think WON’T make it to cinemas (or the FFM today)?

To be honest, looking into previous FFM winners made us realize that controversy when it comes to artistic stuff like movies can’t be avoided – after all, the best forms of art are usually those that challenge our worldviews. But when filmmakers are overly restricted by rules and agendas, it becomes hard to elevate Malaysian filmmaking to the international standards that FINAS is gunning for. And what you end up with are “safe” movies that are so similar to each other that the only challenge is how many times you can watch a movie with hantu, kapcai, gangster, and Evo.

Kapcai. Kapcai everywhere. Click here to read about how all our movie posters look the same!

This FFM debacle has divided the industry, with entertainment bigshots like Harith Iskander speaking against it, boycotts initiated by filmmaker Afdlin Shauki, and one even returned his FFM trophies in protest. But got people who defended the FINAS also la, such as filmmaker Datuk Norman Abdul Halim who said that the removal of the BM criteria may dilute our sense of national identity. The good news, though is that FINAS dan agensi-agensi yang sewaktu dengannya are actually listening and working to come with with a solution. While it still won’t change how our movies are regulated (that’s the Censorship Board), this whole debacle may have just challenged our own worldviews on what a Malaysian film actually is – and that’s a pretty good place to start as long as it doesn’t involve gangsters riding haunted kapchais -.-

[Update] The MCMC has announced that the Best Picture category is now open to all locally-made movies, and added a new category for Best Film in the National Language. Change is possible after all 😀