There are so many amazing Malaysians who walk among us and CILISOS has had the privilege to talk to some of them, like this blind Maxis intern who uses MS Excel like a pro and this ballsy guy who climbed the world’s tallest buildings without safety harnesses. Insane right? We only wish we could achieve their level of awesomeness.

Then we read about this Penang uncle who has won a few gold medals in international weightlifting competitions. Normally this news wouldn’t be so shocking, although it’s super nice to read about someone who brought fame to Malaysia’s name in a good way. But wait till you find out how old he is… 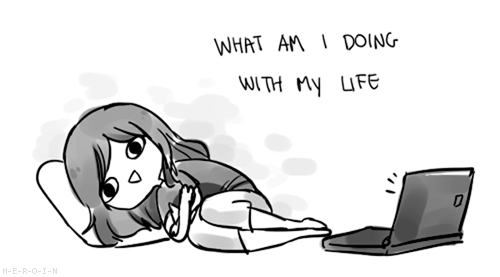 He has won FIVE gold, four silver and one bronze medals at the World Masters Weightlifting Championships, organised by the International Weightlifting Federation (IWF). In fact, he just got back from Tokyo where he won his FIFTH gold medal for the 2016 Weightlifting Masters World Cup when we spoke to him on Tues (19 Apr). Here’s a video of him being greeted like a hero after returning from a competition in Finland:

CILISOS had so much to ask Mr. Ng, starting with what inspired him to do weightlifting, while most people his age would be chillin and enjoying retirement.

He was a young, skinny, 48kg teenage boy once… And his icons were Tarzan and Hercules. Movie posters sent to us by his son Heng Fu 🙂

Mr. Ng was born in Kulim, Kedah in 1935. He didn’t have the usual ambitions as most kids did, like doctor, or engineer, or lawyer. The skinny 48kg, 5 feet tall, 15-year-old, would look at himself in the mirror and wish he had a six-pack.

“When I was a small boy, I used to watch Tarzan and Hercules movies. I looked at Johnny Weissmuller (the femes Tarzan actor) and wanted to have a body like that.

When I lived in Alor Star there was a well there. My friends and I will swing from the rope and shout, ‘Ohh-eee-ooo-eee-ooohhh’. We would steal umbrellas to make loincloth* to wear.” – Mr. Ng told us over the phone Yep, not dangerous at all! (This is not the actual well he used to play with) Image from cgtrader.com

In Alor Star, there was a small gym where Mr. Ng would watch people do weight training from the outside. He wasn’t allowed to go in, maybe coz he was small and skinny, he guessed, but one day a Mr. Saw Chee Seng (a schoolteacher) saw his eagerness and said he would train him. That was how Mr. Ng got his first coach. The late Mr. Saw was himself a national weightlifting champion.

“If not for Mr. Saw, I would not be doing this today. I am very proud to know him and will always remember him fondly. When someone does something to help you in life, you must always be grateful to them.” – Mr. Ng

He was also a naughty kid, who then joined the army It’s hard to imagine our grandparents can be just like us when they were kids, however Mr. Ng described himself as a naughty boy who would fight with people. Sampai the police came looking for him and his frustrated father kicked him out of the house. Then in 1959, the army came to his town to recruit.

“I saw the poster and straightaway went for interview. About 300 people applied, but they only selected two – I was one of them.” – Mr. Ng

He was a shoo-in for selection in fact, coz by then he was already quite popular as a weightlifter. After one to two years of training with Mr. Saw, he went for his first competitions in Penang and Kedah, under the flyweight category (49kg-52kg). Breezing through every physical test, he was placed at the Port Dickson recruit training centre by July that year. During his time in the army, he had tough physical training and also became a physical training instructor himself. The army would make recruits get in the boxing ring and EVERYONE had to do it. Of course people scared la, but not Mr. Ng, he couldn’t wait to get into the ring! From the army’s point of view, if you’re not brave enough to do it, might as well not join the army, according to Mr. Ng.

“My wife would cry. Sometimes I come home, my eye swollen, face kena punch, so after that I stopped boxing.” – Mr. Ng

Awww, for his wife’s sake he stopped boxing, but not before he became a 3-year boxing champion in the army. Even after he stopped, he still got to coach the boxing team. His nicknames back the day were Mr. Boxer., Mr. Hercules and Mr. Strongman. But he’s also seen real jungle action fighting in Congo and Africa.

Also, he said he was the first and only soldier from his regiment to go as far as he did in this sport, representing the army and Malaysia in the Asian Games and SEAP Games (now known as the SEA Games). His first match was the 2nd SEAP Games in Rangoon, Burma on 13 Dec 1961, where he won the bronze medal. He went on to win more medals in 1961, 1965, 1967 and 1977. He was personally congratulated by Tunku Osman the Brigadier of The Army at the Ministry of Defense (and Tunku Abdul Rahman’s nephew). Mr. Ng in action lifting at the most recent competition in Tokyo, Japan

You would think a guy like Mr. Ng has a very strict diet right? But his son Heng Fu, 51, said he loves the King of Fruits – durian. And meat, lots of meat. Anything also can makan, it’s just that he exercises A LOT and a weighing scale is never far from him. In case you’re wondering, yes he does take supplements, like Agel during training (supplements in suspension gel form), deer placenta from Fixaris I-DNA, and he eats cholesterol-cutting oats from Oat BG22.

Speaking of his son, Mr. Ng has three sons, one daughter and six grandchildren. As you can prolly guess, they were very athletic too when they were younger – top swimmers and runners in their school days. Mr. Ng related a hilarious anecdote, when his sons were kids, he tried to get them out of bed to exercise. First call, they didn’t get out of bed, second call, they still didn’t get out of bed…

“Then I went to the fridge to get some cold water and sprayed it on them. After that they always got up. But my wife didn’t talk to me for one whole month.” – Mr. Ng

LOL! Let’s move on to his training routine which he divides into tasks: Lying knee lifts to work out the abs. Screenshot from healthyloverclub video on YouTube

The whole routine takes him 4 hours in total and he adds that sleep is very important too. He sleeps at 9pm, latest 10pm and gets up at 5am.

OMG, how on earth he can be so dedicated we have no clue! CILISOS team wanna workout also didn’t last beyond 3 weeks (except for two writers who are still at it).

Mr. Ng is living proof that hard work pays off Mr. Ng standing in first position on the podium at the most recent Tokyo competition. So proud! Photo from Mr. Ng’s son Heng Fu

And he wants to keep on weightlifting for the rest of his life. Now he plans to break the world record by going for his SIXTH gold medal in the October 2016 World Masters Championships in Germany. Then he will be the happiest guy in the world, he told us.  🙂

Already he has been given such a big honour when he was inducted into the Hall of Fame of the International Weightlifting Federation (IWF) for his contributions to weightlifting. FYI, the heaviest weight he’s carried is 95.7kg!!!

“People who are 50, 60, 70 years old, I tell them they can do it. You must have a plan – set goals. Mental attitude is your other trainer. Nothing is easy in life, but you must not think you are old. Sometimes old is gold.” – Mr. Ng

Share this article:
NAH, BACA:
Armed Forces wants more non-Malays to join, but two veterans share why it would be difficult