With a population of about 1.4 billion people, China has the largest population in the world. But back in January 2018, China made a move signalling that they’re looking to increase that number even more. The Chinese authorities announced a 5 year visa permit eligible only to “foreigners of Chinese origin“, meaning for the 6.6 million Malaysian Chinese here, a new possibility has been presented. 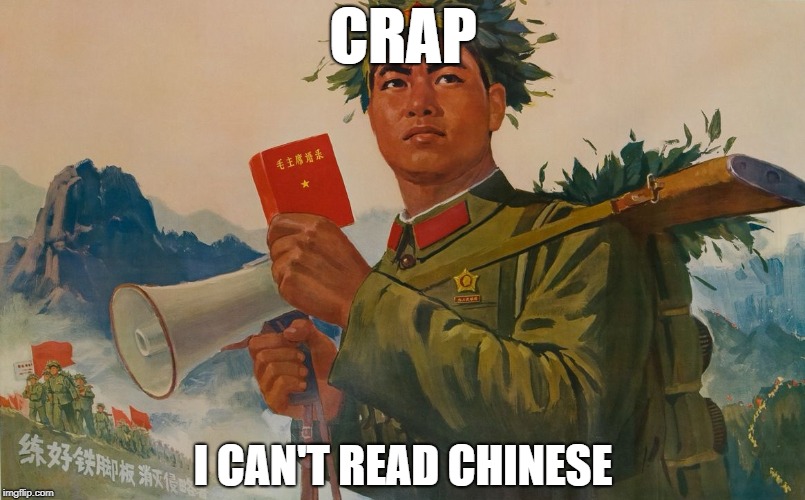 According to China’s definition, “foreigners of Chinese origin” means former Chinese citizen who obtained foreign citizenship, and also the children of present or former Chinese citizens, with no limit on the number of generations specified. However, you will need to be able to prove your relations by presenting documents such as your ancestor’s identity card or passport.

But actually, China has been meaning to attract Chinese to China since early 2017. For instance, did you hear about…

On top of extending the visa permit from the original 1 year to 5 years, China has also expressed its intentions of building an Oversea Chinese Township between Meizhou City and Songkou, a living area expected to house millions, completed with facilities like private schools and a South East Asian food street. But if you knew how strict China is with its citizenship and long term visas, it becomes quite obvious that China is really serious about it.

Until now, foreigners working in China have to renew their working visas every year. It was only until recently that the Chinese government is allowing “skilled foreigners in high-level positions in government departments or laboratories involved in “key national projects”” to apply for permanent residency, and even that comes with certain terms and no guarantee.

Due to several reasons, China revised its citizenship law back in 1980, and decided that if a person’s Chinese parents have settled abroad and have acquired foreign nationality, they are not entitled to Chinese citizenship. Even a Chinese green card (permanent residence) is quite hard to come by. In 2016, only 1576 people were granted PR in China (compared to the tens of thousands they grant in Canada). The average number of PR granted by China is about 248 since 2004.

So in a way, it’s not just the Chinese that China is trying to attract to stay. If you are interested, we found an agent authorised on the Chinese Embassy website. You can check it out here. But why is China suddenly so interested in taking people in? Officially, the reason is that the ease of moving in and out of China will boost the country’s economic performance. But there could be another reason.

In case you didn’t know, China has adopted the one child policy since 1980, in a bid to curb overpopulation, and the economical, social and environmental problems that came with it. It was only relaxed in 2013, where parents could have a second child only if one of them was an only child. In 2015, it was replaced completely with a two child policy.

The government did so because they realised the 20 over years of extreme birth control was distorting China’s population in very unhealthy ways. For one, the traditional tendency for Chinese families to value baby boys over baby girls has created a huge disproportion in the sex ratio of China’s population. According to China’s own estimates, they expect to have 30 million more boys than girls in 2020. 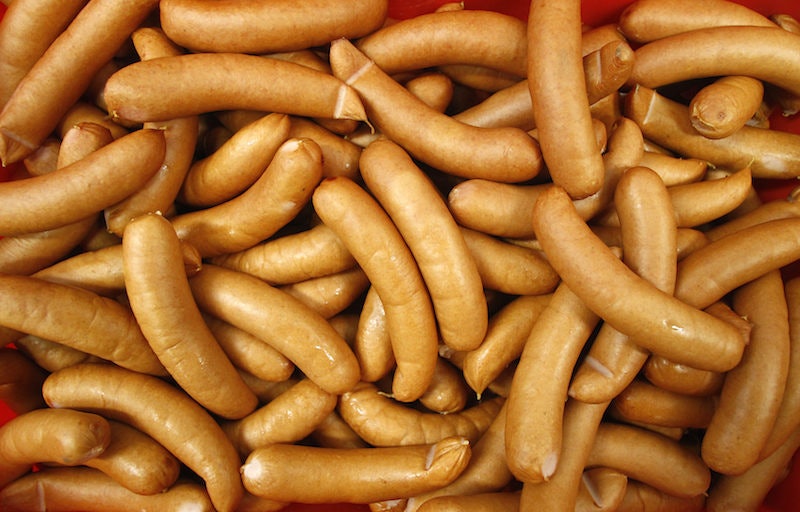 A second problem is the lack of a young and able population to replace the current working population. Reduction of birth rate is a phenomenon seen uniformly in many countries: As wealth and education rises, family size and birth rates will fall. For China, their birth rate was brought down very very steeply because of the policy. And due to the falling birth rates, their population’s average age is going to skyrocket in the next few decades, with too little young people to care for too many old people.

But the two child policy might be too little too late, according to many demographers (people who study demography).

“Yes, there will be a slight uptick, but it won’t be enough to meet the issue of worker shortages or the broader birth rate trend,” – Mei Fong, author of the book One Child: The Past and Future of China’s Most Radical Experiment told Aljazeera

So there could be great social and economical benefits from luring in the Chinese diaspora. But will Malaysians Chinese actually leave en masse for China?

Many Malaysian Chinese are leaving, but not quite to China Before kemerdekaan, the Chinese make up about 37.2% of the population. Now, a Malaysian think-tank, Asian Strategy and Leadership Institute (Asli), estimates the percentage to be about 19.6% by 2030. There are many reasons contributing to this occurrence, we wrote about that in this article, but the matter at hand forces us to take a look at emigration.

NAH, BACA:
This China government rule is stopping PRCs from starting a settlement in Johor

An oxford study on Malaysians published last year found that almost half (48.8%) of its Chinese respondents had “a stronger than average desire” to leave Malaysia. Compared to their Malay and Indian brothers, their percentages were at 15.5% and 42% respectively. The study only covered West Malaysia, and interviewed a total of 1504 Malaysians (503 Malays, 500 Chinese and 501 Indians). A 2011 World Bank study found that up till 2010, almost one million Malaysian Chinese has emigrated to other countries.

Where are the Malaysian Chinese going? Singapore mostly, accounting for almost half of the overseas Malaysian Chinese, followed by Australia, Brunei, UK, and US. China however, was not in the top of the list. As of now, between the missing toilet doors, rude mainlanders, and widespread crime and fraud, China is doesn’t seem to be a desired destination for emigration. A Merdeka Center survey showed that Malaysians in general had only a slightly more positive image of China, although our top 3 favourite countries were Japan, Singapore (still) and Saudi Arabia.

Because which other country would make their national mascot run through an exploding field?

If you’d like to ask why all these Chinese Malaysians are leaving the country, you simply need to take a look some of the allegations and racial sentiments being evoked by some of those with influence and political power.

But even if we don’t go to China, China is coming to us?!

Remember when we did this article talking about how China is swooning Malaysia with its big and strong finances? Well, as China’s treatment of their dissenters may prove, its probably not wise to disagree with China. And back then, we had the U.S. to compete for our attention, until President Trump pulled out of the TPPA trade deal.

When we wrote the article, the Forest City off the coast of Johor still wasn’t making the kind of headlines it did not too long ago. Now, some observers are calling China’s action a new form of colonialism/ imperialism/ penjajahan, as Forest City’s developer reported that most of the units sold were bought by Chinese buyers.

“Where else in the world has a foreign company created new land in another country, populated it with people from its home country and asserted sovereignty over it? This is a brand-new level of colonial expansion.” – Sarah Moser, an assistant professor of geography at Montreal’s McGill University told The New York Times

The city isn’t too far away Straits of Malacca, which besides being one of the world’s busiest waterways, is also where 80% of China’s crude oil import passes through. Presence of Chinese citizens might give China the excuse of placing military presence there, and securing its position in the location, much like the other Chinese giant island project: The Melaka Gateway. But at the same time, China is trying to control the outflow of its capital, limiting its citizen’s fund transfers abroad and restricting them from buying property in other countries. 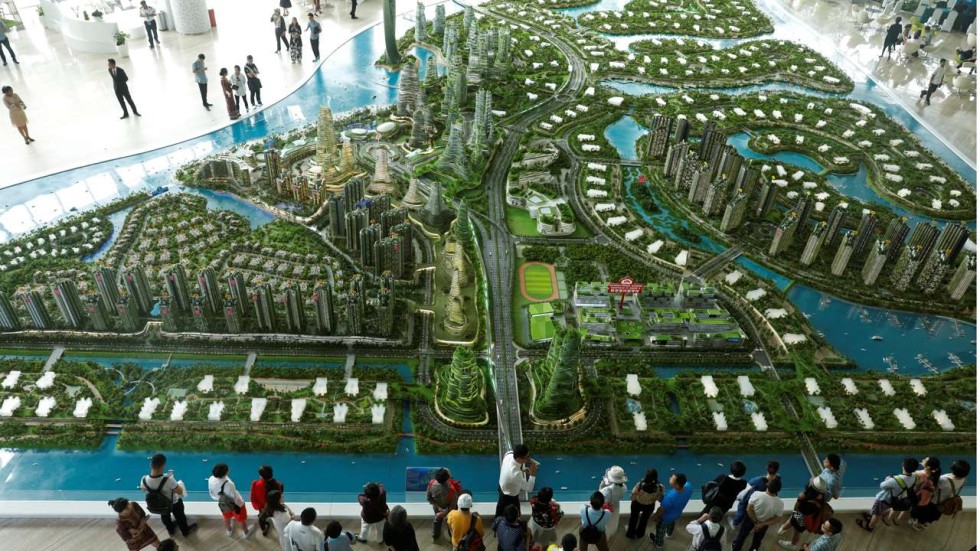 A giant model of Forest City. Image from scmp.com

And yet, some wealthy Chinese nationals are choosing to emigrate to Malaysia to escape the harsh environments on the Mainland. It was reported that Malaysia accepted 7,967 Chinese between 2002 to 2016 to make their second home here.

“The education is good, and the country maintains its traditional face while also experiencing development. Back home the seasons are very dramatic with extremely hot summers and very cold winters. Malaysians are very friendly. I feel this is a good place for my next generation.” – 32 year old Paul Ying Qian of Hu Nan told South China Morning Post

“Kuala Lumpur is nicely developed and everything is still quite cheap. Much cheaper than Shanghai. I have travelled to over 30 countries and I think Malaysia is a good fit for me. Chinese can live harmoniously with Malays and Indians here. There is no conflict among different ethnic groups.” – 65 year old Hu Xiaolong of Shanghai told South China Morning Post

But as a crab from The Little Mermaid once sung: The seaweed is always greener in somebody else’s lake, perhaps its just people being unappreciative with what they have. But still, we shouldn’t take lightly China’s ambitions in SEA. As a Chinese professor who’s very familiar with China’s hostility warns:

“If it’s a new policy, it should be applied to all rather than targeting so-called patriotic people, or community leaders who are participating in Chinese development. If you only look at the convenience to business or visits, I don’t think there’s a need to create this kind of distinction.” – Dr Chongyi Feng, an Australian Chinese Studies professor once barred from leaving China for 10 days told ABC News