If we told you that there’s a war happening in Malaysia now that involves resurrected zombies, clones, and space soldiers; you’d either be calling the police or Tanjung Rambutan on us.

Okay, just put that phone down and hear us out. This “war” is happening in cyberspace (glitzy name for the internet) and there’s an entire industry centered around pushing the agendas of our local political parties, and you’d know them as macais or cybertroopers. In fact, the word “Cybertrooper” itself could have originated from Malaysia!  😯

We were lucky enough to interview an ex-cybertrooper named Ahmad Marzuki (not his real name). Ahmad considers himself “reformed” and spilled the beans on the strange, strange life of being one of the most annoying people you can find in forums and social media comment sections.

Even the first thing he told us blew our minds…

Most of us may think that cybertroopers look like this: But in actuality, they’re a little something more like this: That’s because most cybertroopers are creatives who are employed by an agency – no different from a PR or advertising firm. And just like how you would hire an ad agency to make your product look good, you’d hire these agencies to do the same for your political career as well. Really… that’s it. No fanatical party-worshipping acolytes (you know the type). Just a click and a clack for a paycheck.

If you’re planning a career in cybertrooping, Ahmad lays out what the job scope is like:

We’re starting with this because it breaks the perception that a cybertrooper’s job only revolves around copypasta, because you actually need some legit skills as well! Part of your job involves creating visuals with messages that can be easily shared (aka memes), so you gotta have an eye for design and copywriting to make something like the image below, which we got from popular pro-gomen page Friends of BN: But the Opposition ain’t left behind either, judging from this post on Suara Rakyat: But what’s even more interesting is that an agency may sometimes work for BOTH sides of the political divide. Ahmad says that he knows the agency has taken simultaneous jobs from two parties before, and their clients were pretty much okay with the arrangement.

But yea the point here is that there are people out there who are pretty much political mercenaries, being paid to Photoshop our political leaders, just like CILISO-oh wait. Most of you already know this one, but if you don’t, just head over to the Facebook page of a certain political leader to see comments like these: 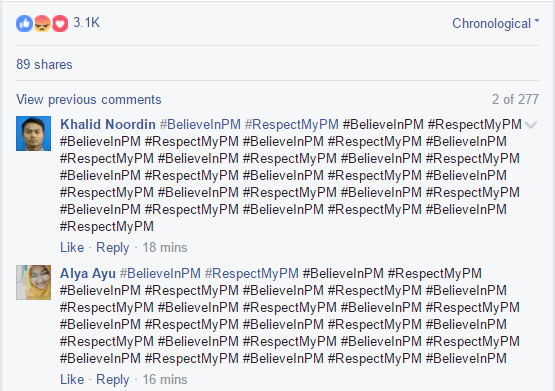 If you were to click on any of these profiles, you’re likely to see the usual hallmarks of a cybertrooper account – weird or no basic information, few personal pictures, and a wall littered with political posts. For example, with that Khalid Noordin guy from the screencap above… There are also some others that are a bit more semangat in making the account look a little more legit by changing the dates to con you into thinking it’s been around for longer than it actually has. But it’s really easy to check…

If you’re wondering where they get these pictures from, there’s where the zombies and clones we mentioned earlier come in, because some people were shocked to find their dead friends or relatives defending our PM from beyond the grave. Even some who’re still alive also kena: 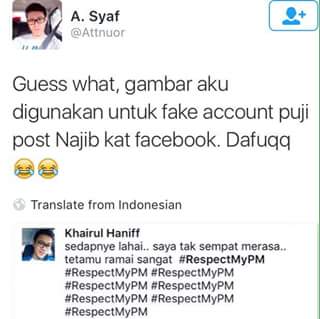 Most Facebook Pages have their own policies on what comments can and cannot be published. For example, on our own CILISOS and SOSCILI pages, we’ll hide any comments that are spammy or contain bad words (but we’ll kasi you chans to edit la).

However, some pages take things a step further by hiding ALL negative comments, and it’s the Cybertrooper’s job to weed them out. For example, on a certain leader’s Facebook Page, a post may attract comments such as these: 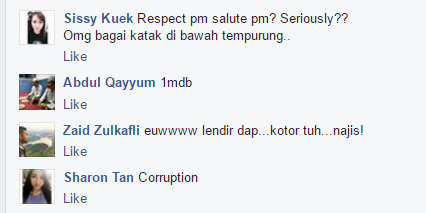 But less than an hour later, GONE. All that’s left is unanimous praise for a great leader wholly supported by his people…. or is it? Because no matter how many comments they delete, there’s ONE thing they have no control over, and that’s the Reactions. So if you want a real reflection of reader sentiments, just look out for the angry or sad reactions at the beginning of every post:

NAH, BACA:
Prefer to lepak at home than go clubbing? Tell us WHY & win RM100 vouchers!

But here’s a thought experiment – Considering how these cybertroopers may be working both sides of the field, does this mean they’ll end up deleting… their own comments?  😐

4. Try to Taichi away the negative reports on alternative news portals

Most of us are pretty aware that most of our national newspapers such as Utusan, The Star, and New Straits Times are government-owned, which means certain issues may be kept out of the papers; like when a former NST editor openly stated that the papers were instructed to not report on the 1MDB debacle.

However, this level on control doesn’t apply to online news sources (yet), with the exception of the blocks on Sarawak Report and The Malaysian Insider (RIP). So for the sites like Free Malaysia Today and Malaysiakini, it’s something like Cybertrooping Level II: Same message, but made to sound like it comes from a real person. No copy and paste here. Take this FMT article on Dr. Mahathir for example: Other than sounding like each other, all three profiles not only display the Cybertrooper hallmarks, but also all three accounts were set up on October 8th, 2015. If you need even more convincing, a reverse image search using our good friend Google Images shows that “Ilham” (or her picture anyway) is actually an Indonesian Instagrammer.

5. Distracting everyone with cute cat pictures 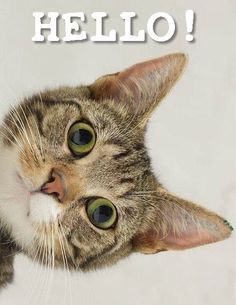 Imagine looking for a needle in a haystack. Yes, it’s cliché but also very difficult to find. Now, imagine if someone threw in a bunch of cute kittens as well. And RM100 bills. To the sound of vuvuzelas. That’s a really crap example of what activist Noam Chomsky calls the Strategy of Distraction – basically distracting everyone from the main issue by flooding the media with unimportant, frivolous information. We weren’t kidding about the cat pictures. Screencapped from Friends of BN’s Facebook page.

The thing is, we aren’t really sure how effective this is since social media is already flooded with so much unimportant, distracting information as it is  😕

Why need to pay for this kinda thing? Political parties too much money izzit?

If you’re asking that question, just answer this: Do you keep up with the latest news via newspapers or online? That’s your answer right there. People have become so dependent on the internet now that it literally shapes your opinions on issues and people:

“Cyberspace can be brought to bear as an instrument of power to achieve objectives in other domains. It’s connected. It’s always been true about other domains, and it’s no less true for cyberspace.” – Chris Inglis, Professor in Cybersecurity Studies at the US Naval Academy, as quoted by Atlantic Council

For a well-discussed example of this, look no further than China, where the government has been suspected of hiring as many as 2 million people to post an estimated 448 million pro-government social media comments a year.

And this potential isn’t lost on our political parties either, with PM Najib acknowledging that the Opposition’s stronghold over internet campaigning was one of the reasons why BN did so badly in the 2008 elections. In response, BN has made several moves to grow an “army” of cybertroopers, most recently in January this year.

We need to have an awesome team in cyber war to counter and fight back our opponents through the same medium – the social media.

How to get a strong team? The way is for all the three million Umno members to be united under one leadership, be active in cyber space, and counter-attack to dominate perception on the social media.” – UMNO supreme council member Datuk Seri Mahdzir Khalid, as quoted by The Star.

Based on what we’ve learnt from Ahmad Marzuki, the moral of this story is pretty straightforward – Don’t feed the trolls. Every time you see a particularly insulting comment, take a moment to check the profile of the person who posted it before replying, because chances are that it’s from someone who’s being paid to do it. Just take a couple of minutes to check your facts, because if you don’t, you might wind up with egg on your face(book) – just like CILISO-oh wait.

To be fair, this was very #wellplayed.