Recently in the news there’s been some hoo-ha about multi-level marketing (MLM) scams. Divorce, custody battles, fist fights…HUNDREDS of families in Malaysia have been ripped apart after losing all their money to these scammers! WORSE, some were even sold these scams by their own family members, The Star reports. MLM is when you make money not just through your own sales, but by recruiting other salespeople and taking a cut of any sales they make.

Yep, basically like Amway, Tupperware, Herbalife, etc. These are some of the products we’re more familiar with that are MLM businesses. Most commonly people sell products by means of relationship referrals and word of mouth. These people you recruit are called your ‘downline’. Recruit enough people below you and you can just watch the money roll in. Doesn’t sound scam-ey yet? Let’s elaborate some more…

The difference between a scam and real MLM is whether you are selling something of VALUE. Images from Tupperware (left) and Herbalife (centre)

MLM is controversial, with some companies kena-ing criticisms and lawsuits. But you know what? THEY.ARE.LEGAL! The problem is they are often compared to illegal pyramid schemes because they are similar in business structure and how they recruit salespeople. But THEY ARE NOT THE SAME.

One easy way to differentiate them is whether you are selling something of VALUE. For instance, Tupperware can be considered something of value because customers get a useful product or service in return for money. 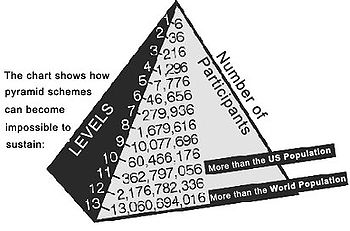 Then you’ve got people that try to sell you something that doesn’t exist! (i.e…..SCAAAAAAAMM!) And that is the definition of a pyramid scheme – the main aim is just to keep recruiting more and more people into the scheme, but without selling any real product or service or investment. Eventually, they would finish recruiting everyone on the planet and the pyramid collapses! That’s why pyramid schemes are unsustainable and illegal in most countries throughout the world, including Malaysia.

But to really understand how it works, we find this video explains it easily.

So how do WE make sure we don’t become a victim to scams?

Here’s how to spot an illegal MLM scam in Malaysia

Our guess is many of you have been asked by friends or family before, or might know someone who’s involved in MLM.

Malaysia has a HUGE MLM network and is set to become one of the largest countries in Asia, expected to generate RM8 bil in 2020. Often the people who masuk this industry are students, housewives, retirees and sometimes even people with permanent jobs, because MLM salespeople will regale you with stories of doubling, tripling your money, and all sorts of delusional junk. Yep, the allure is very real.

But after people’s initial dreams of striking big time, reality bursts their bubble. We were able to find statistics reported by The Star that the Domestic Trade, Consumerism and Cooperatives Ministry receives a total of over 12,000 complaints a year. But numbers aside, the personal stories are what really touch our hearts and make us angry for the people who get scammed. So here are some tips on how to spot an MLM scam and avoid them:

1. There is NO actual product or service.

HUHHH, then what do they sell?!? OK, sometimes they tell you it’s a business secret (shhh), or some ‘miracle product’ (it can cure cancer, it can stop global warming, it can save humanity, etc.) Either that, or the products they do sell are ridiculous and unsalable. Often they’ll distract you with exciting promises or buzzwords to hide the fact that they’re actually selling nothing.

What to do: So before you join, ASK what they’re selling and know the product. Which brings us to…

2. They pressure you to RECRUIT more people

Fake MLMs don’t actually have anything to sell. Instead, their business model is focused on recruiting more and more people to join, because the people at the top get more money when people at the bottom recruit more members. The money trickles down. Often these people turn to friends and family members first, so if you get someone approaching you like that then, BUSTED, pyramid scheme!

What to do: Find out what your job task is. If you get a tangible product to sell (and it is a useful, salable product), then by all means. If you merely get the opportunity to sign up other people under you, runnnn, coz getting paid to recruit is also strictly against the law in this country. 3. You pay THEM instead of the other way around

People go into these scams thinking they’re doing real business and making honest money. But you know what? Pyramid schemes often make YOU pay them money. Eg. fees to join, ‘training’ fees, and so on. BUSTED, pyramid scheme!

What to do: Make sure the company refunds for unsold products. Check the cash flow – if money only seems to be coming from inside rather than outside the company, it is not self-sustainable. Also, ‘starter kits’ for legit companies are usually below RM200 and forcing a new member to buy stock or invest is illegal, according to the Direct Selling Association of Malaysia (DSAM).

4. They are not registered with DSAM or SSM

MLMs must be registered with the Direct Selling Association of Malaysia (DSAM) to be considered legal. Alternatively, check if they are registered with Suruhanjaya Syarikat Malaysia (SSM). If a company has been around longer than 10 years, chances are they are legit. Fake companies would likely cabut once they make a decent profit, so probably they won’t last 10 years.

What to do: Check with DSAM here and SSM here. On top of that, do some extra research by Googling the company to see what people are saying about them.

The gomen WILL tangkap MLM scammers! Anyone remember seeing pictures of this Chinese dude EVERYfreakingWHERE? He started an MLM company, called YSLM then lari. No one knows his whereabouts now. Image from rage.com.my

Previously there were more than 600 licensed MLMs in the country, but the figure has since been cut to 308, The Star reported.

“This is a very big industry. We monitor the companies to make sure they comply with the necessary standard operating procedures. I will not hesitate to revoke their licences.” – Datuk Seri Hamzah Zainudin, Domestic Trade, Cooperatives and Consumerism Minister, The Star

Straight up front, we can tell you to avoid this list of companies from Suruhanjaya Sekuriti. 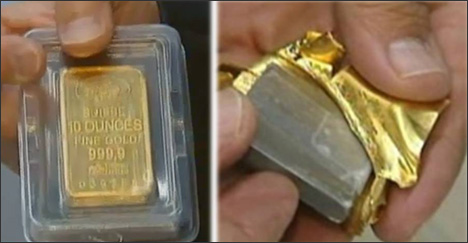 So what do you do if you spot a scam? REPORT them! Here are some of the channels you can complain to: Only YOU can protect your hard earned money from scammers Despite hearing it in the news over and over again, Malaysians still get trapped. Malaysian Mental Health Association Deputy President Datuk Dr. Andrew Mohanraj urged Malaysians NOT to give in to greed! Also he reminded people to be wary of all kinds of “offers” and get-rich-quick schemes on the internet. Most Malaysians are social media savvy, but that doesn’t necessarily mean they’re more careful. On the contrary, it means that more are likely to fall for a scam, Dr. Andrew adds.

The saddest part is, you might LOSE your loved ones and friends over a scam. Datuk Michael Chong, MCA Public Services and Complaints Chief, related one case where a husband divorced his wife and took their kids coz she lost the family’s EPF savings to an illegal MLM! “Some families come to my office and they don’t even want to talk to one another. I have to talk to both sides for them. Sometimes, they even fight in my office,” he related.

“Despite holding press conferences for nearly 12 years, cases still seemed to fly through the department’s door weekly. People never learn. Ultimately, it’s their greed and carelessness that are going to cause damage.” – Datuk Michael, The Star

We know nowadays everything also kos tinggi, so earning a lil’ extra income can would help you buy a new iPhone 6S or afford you a nicer car. Others might even need the money urgently to feed their families or pay hospital bills. BUT don’t rush into anything at the expense of being scammed, guys! You will end up poorer than before.