Take a look at the top 5 highest-grossing movies EVER in Malaysia, and you’ll see that 5 of them are about superheroes (7, if you count super-robots). Yep… maybe from a small tropical country like ours… we all wish for bigger things, and part of that is to have a super-cool power that we can use to make the world a better place.

And Malaysians will again have that opportunity this week, when the latest X-MEN movie, APOCALYPSE, opens on 19th May 2016! Duneed us to tell story… just watch the latest trailer launched just a few days ago. Oh and there’s a little surprise at the end of it 😉

WAH! So many cool powerzzzzz. Got weather, got psychic stuff, got body changing (hewo… Jennifer Lawrence!).

But actually when we were watching the trailer for the first time a few months ago… we got to thinking. These powers are really cool. But would they actually be useful in Malaysia? We have different issues here to deal with yo – like traffic, slow internet, rempits… WHO CAN SAVE US!?

This is how far we got… Yea… so obviously there’s room for improvement. And this is exactly why our buddies at 20th Century Fox Malaysia decided to give free tickets to X-MEN: Apocalypse to our readers who could come up with the most creative Malaysian X-MEN superpowers… and oh boy oh boy, ugaiz really didn’t disappoint. Step aside Stan Lee. Not only did this contest break records for number of entries on CILISOS, but it also resulted in ugaiz making us laugh instead for once 😉

Without further ado… here are our readers’ ideas for 10 Malaysian X-MEN we should have. 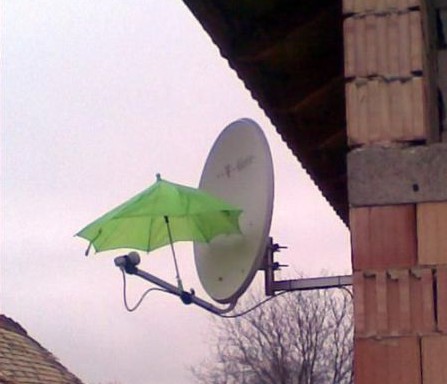 “Much loved for his ability to enhance communication signal. Her presence will immediately increase data speed for your fibre optic broadband home connection, much to the happiness of Malaysians suffering from slow home broadband internet connectivity.” – Ramesh B

Not just content with that, The Receptionist can finally solve your office WiFi, and even boost your sattelite TV signal, especially during football season which always seems to coincide with rainy season. -_-“. This one got many pretenders, but only one true SI PENAPAK. Just with a subtle wave of his hand, he can stop/slow traffic, get through guard posts unchecked, even through police stops. But that’s not even the best part…

“Akin to a Jedi mind trick but not limited to organic matter. When dire situations arrive and he needs to ‘hand’ his way through numerous situations at the same time, he stretches/spreads out his body like a star and does a single handstand. The illusion created by the stance is akin to a huge palm thus increases his powers five-fold. This technique is known as the “High-Five” but translates into Malay as “Pencak Pang-lima”” – Wayne You know how when someone cut your queue, the standard Malaysian response is – “OI! YOUR FATHER’s ROAD KA!?”. One man in Malaysia will always be able to answer… YES.

“Has the ability to shapeshift into the image of your own father and physically becomes 20 times stronger when confronted with the phrase “This is your father’s road ah?” – Gloson Teh

Not only does Ayah Jalan have the ability to become your father, his father or anyone’s father… but road names also change magically into “Jalan Bapak Aku“. You have no argument. Just let him through. “Housewife by day, illegal female motorcycle street racer by night (to get side income #DuaKerja). Mak Rempit has the mutant ability of generating a personal gyroscopic field – the faster she goes, the more stable she is. She can ride her bike on any surface so long as she exceeds the local speed limits, even riding on walls or on the ceiling of tunnels (if they are flooded).” – Kok Sen Wai

Despite the reputation of Malaysia’s daring motorcycle riders, Mak Rempit gives women a good name, rescuing people (albeit one at a time) on her off-days in areas no Proton Inspira kereta polis could go, and back in time to cook a nice Nasi Kukus for her family.

If you’ve ever wondered what Professor X would be like if he was from Kepong… here’s your answer.

“His power is part mind control, part useless. He is able to make anyone lose their Kepohness (busy body). Traffic caused by people Kepohing an accident? Woosh~~.. everyone lose interest and traffic becomes smooth like butter. Aunties taking too much interest in your personal life? Just call KepohMan and you have instant peace.” – Ayson Hong

Using his powers only for good, Kepoh Man is the hero Malaysia deserves. Unfortunately, this power comes at a great cost. “Sadly, he has a hard time getting people to pay attention to him at all. He can only take away the Kepoh and not give it.” Previously just your average, mild-mannered, impoverished Malaysian student, Peter Kong had one ability that was never seen as magical until now. The ability get all the essential nutrients he needs from just eating kangkung alone (kinda like Popeye, except weaker).

“The other Malaysian mutants used to laugh at him because they think his power is lame but after GST was introduced & the Malaysian economy soured, they stopped laughing and started grewing envious of his mutant ability to survive an entire year just on his BR1M allowance alone.” – Kok Sen Wai

Of course, as far as superhero powers go, this one quite selfish la. When your country rates number one in terms of the world’s worst deforestation rates, you know who you need to call. By your powers combined… she is…ALAM VENDETTA! And she’s way more badass than Captain Planet, or even Storm.

“She can turn illegal loggers into the trees they will cut, turn poachers into slugs, and toss litterbugs into Sungai Klang. She can also whip up hujan for our drying reservoirs during droughts and charm sampah illegally dumped to return to the dumper.” – LY Chua

Charm our rubbish to obediently go back to the original asswipes that dumped them!? “Can you imagine the amount of cigarette butts stuck on people when she does that?” – LY Chua Throughout history, heroes of the world have used all sorts of weapons – from road pavements, to spider’s web, to ice cream?! But why use all these things when there’s one thing we have in abundance across Asia?

“He summons all forms of chilli to fight criminals. Chilli padi seeds to throw at the eyes of thieves, and some good old cilisos to stop a getaway car. When combined with the power of the petai ring, he summons sambal which will make everyone’s farts smelly.”

Wow. That petai ring sealed the deal for us la. That and of course that CILISOS reference. Tsk tsk Yap… you also got super power – hidung coklat 😉 Tired of people cutting your queue? Have no fear! Beratur Beb is here!

Living in Malaysia but raised in Singapore, Beratur Beb long wondered how she could use her power to freeze people, for only 5 minutes. Singaporeans didn’t take to it very well. Fortunately, like most superheroes from other planets, she found the right place for her unique skill set in Malaysia Truly Asia.

“She can create an invisible force field to stop people/vehicle from cutting the queue. And then punish them by trapping them in the force field for 5 minutes.” – Wan Wazir

Unfortunately, sometimes her aim can be off, hitting cars as they’re approaching the SMARTTag lane 🙁 And last but not least, a hero for every social gathering in Malaysia. There’s always that one fler that will forget GST, another will complain he didn’t have any beer, and three other flers will argue about who ate the most of the Roti Tisu (impossible argument. Thickness varies). But all you need to do now is get everyone to hold a 5 sen coin, and call her name 3 times. “Bill Keera! Billlll Keeeeraaaa!! Billll KEEEEERAAAAAA!”

“She will be summoned upon whenever groups of people are ready to pay for their food in any eatery and wanting to split the fare. Billkeera will be able to dispense exact amount that each person has to pay (with inclusion of service charge and GST), saving time and whatever conflict that may arise!” – Jonathan Tan

With her multiple hands, she can also monitor food consumption, allocating correct amounts to hungrier friends, and count bottle caps to see how many beers your friend REALLY drank.

So who would you want to save YOU?

This May 19th, mutants from all around the world are gonna be in trouble during the APOCALYPSE. So the question is… who would you have as your friendly Malaysian neighbourhood superhero?

Let us know why in the comments below 🙂