Recently, Malaysia made international headlines again when it was announced that we would pay Abu Dhabi 1.2 billion USD (Rm5.2bil) to settle some of 1MDB’s debts. We know, we know. What’s so special about 1MDB paying someone billions? Everyone already knows how deep in debt 1MDB is. The last we heard 1MDB was RM50 billion in debt as of January 1st 2016. So why is this such big news?

Because this company owns almost HALF of 1MDB’s total debt, and they’re pretty pissed off

International Petroleum Investment Company (IPIC), an investment company belonging to the gomen of Abu Dhabi, wants 1MDB to repay the 6.5 billion USD (RM 28 billion) debt that’s owed to it. It’s a pretty big deal because, if the debt was still RM 50 billion now, more than half of that would be owed to IPIC.

After the two of them failed to reach an agreement, IPIC took them to the court …the London Court of International Arbitration, actually. Arbitration is what you would look to when you want a legit third party to help settle your mess, without involving the actual court of law. So there wasn’t any actual suing or court drama. But why is IPIC in such a rush to get theirs back? Well, earlier in 2016, 1MDB made a repayment of 3.5 billion USD (RM15 billion) to them through Aabar Investments, an IPIC subsidiary. But after that, IPIC said they didn’t receive anything! Turns out, 1MDB payed to Aabar Investments PJS Ltd., but the IPIC subsidiary is named Aabar Investment PJS, both same name but one without the “Ltd.”. Ha Ha, what a misunderstanding, so can just ask them to transfer to the correct company right?

WRONG, and the mystery deepens even more. It turns out that the 2 directors running the fake Aabar (now called Aabar BVI, because it’s based in British Virgin Islands) were also high ranking officials in the real Aabar at the time. One was even the CEO of the real Aabar!! So was it all an elaborate scam? Because 1MDB seems to think so.

When 1MDB found out that IPIC didn’t receive the money, they claimed that they might have been victims of a fraud. Poor 1MDB getting conned of billions of ringgits on top of the scandals, how the cunning prey on the weak. However, the Department of Justice report tells us a different story.

“Funds diverted through the Aabar-BVI Swiss Account were transferred to, among other places, a Singapore bank account controlled by TAN Kim Loong, a/k/a Eric Tan, an associate of LOW.” – Department of Justice

According to the DOJ document, after the payment was made to Aabar BVI, the funds were transferred for “the personal benefit of officials at IPIC, Aabar, and 1MDB and their associates“. One of said associates was Eric Tan, who isn’t even a REAL PERSON. “Eric” was actually an alias used for security purposes, by none other than Jho Low. 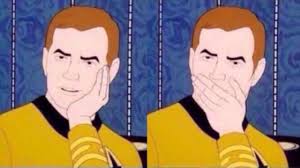 So this is how the dispute came about. 1MDB and the Ministry of Finance continually insist that we already made the payment, while IPIC keeps denying that payment was made, because according to them, Aabar BVI doesn’t even belong to them. August last year, second Finance Minister Datuk Johari Abdul Ghani was even very confident that 1MDB would win the case.

“It’s too bad for them not to acknowledge that (Aabar BVI), because as far as the record is concerned, the company belongs to them (IPIC).” – second Finance Minister Datuk Johari Abdul Ghani told reporters

Now, to the surprise of many, Malaysia and Abu Dhabi are going to settle, but doesn’t that mean…

Granted it’s not for the same amount both times, but the other  billion ringgit question remains…

So what happened to the RM15 billion that 1MDB got ‘conned’ out of?

Well, it seems that Malaysia and Abu Dhabi will continue to play hot potato, but in “good faith”, as they will continue with the negotiations for it early next year. Datuk Johari even recently revealed he had a letter from the Registrar of Corporate Affairs of the British Virgin Islands confirming that Aabar BVI is part of IPIC.

Previously, the funds were managed by BSI bank, a.k.a the 143 year old Swiss bank that closed down because of the 1MDB scandal. Now, all we could find is that the “fund units” are being managed by a fund manager with a certified international bank acting as a custodian bank. You know, as any funds should be. In the settlement, IPIC also pushed the responsibility of two 1MDB bonds (totaling 3.5 billion USD) to Malaysia. On top of paying 1.2 billion USD, we will now also assume responsibility for all future interest and principal payments of the bonds, which were previously guaranteed by IPIC. So if 1MDB fails to pay out for the bonds by 2022, the MoF would have to pay up on their behalf, which in other words, will be our money.

In the end, it really feels like 1MDB pulled the short straw and ended up with more debt instead.

Come to think of it, has 1MDB paid off any of its debt yet?

After such a long time of half caring about this issue, it’s actually curiously refreshing to find out if 1MDB has actually made any progress. So let’s see how is 1MDB doing lately. Late March 2017, PM Najib said over two years, 1MDB has cleared over 3 billion of its debt!!! 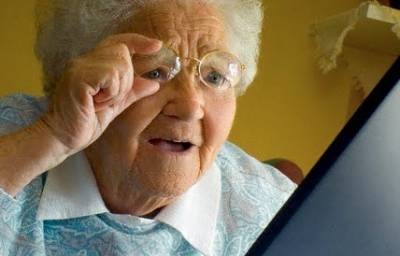 He also said 1MDB has raised 10.97 billion ringgit through the sales of assets, adding that 1MDB has not bought any new assets in the meantime.

Well, 1MDB better have more things to sell, and they better be selling it fast. Or else in 4.5 years time, we’re gonna have to pay more than 2 KLCCs worth of money from our collective pockets, just to bail out the two bonds 1MDB issued.

When can I finally stop reading about 1MDB on my newsfeed ?!

We feel you tots. There’s infinite hours of cute cat videos that we could be watching right now!! We can’t be spending precious time to read about some old oversold news!

Well, very soon, we might not have to anymore, because this settlement might have just put an arrow in the 1MDB investigation knee. Even though this case wasn’t settled in the court of law of any country, it still impacts the future legal actions that would be taken on 1MDB. Experts say that because Malaysia and Abu Dhabi settled successfully, it’s considered what is known in the law world as “no predicate offence“. Simply put, it is assumed that no crimes are committed, and so from now onward, any legal action by any country against 1MDB would be weakened, because of the lack of evidence against it.

So, it may not be too long before the 1MDB saga fades into distant memory… OR WILL IT??? Some say this will only further prove that 1MDB is in the wrong. Imagined if you really paid RM 10,000 ringgit to someone and they said you didn’t. If they take you to court, would you pay them money to reach a settlement? This just – oh look.