Recently, you may have caught wind of a video uploaded by Lost Adventurers, where they can be seen exploring a dilapidated garage in Surrey, UK. In the video, you can see that there’s quite a number of abandoned luxury cars, but there’s one particular car that’s caught the attention of Malaysian viewers, which is… The car shown above is a Proton Perdana that’s actually a rebadged Honda Accord. But what’s so surprising about a Malaysian car in the UK, given that we do export Proton cars to the country? Well, to start with, that model of Proton Perdana’s said to be supplied to Malaysian government officials only, and no one else.

But the more shocking of it is that…

If you trawl through the comments of that YouTube video, you’ll see that a lot of viewers are claiming that the car belongs to Mahathir, and we don’t know for sure how that they even managed to find that out, but it’s apparently…true, as clarified by one of Mahathir’s aides.

According to a Facebook page closely linked to Mahathir, that car was registered under Mahathir’s name with the plate number VK5231. Wait, but how did it end up there in the first place? Well, apparently, this could all be led back to Perusahaan Otomobil Elektrik Malaysia (POEM).

POEM was established in 1996 as a joint venture between TNB and a British company called Frazer-Nash Research, launched by Mahathir himself. Frazer-Nash Research is a research and development company that’s known to look into electric and hybrid vehicles based in the UK.

And together, POEM actually managed to produce an electric vehicle called Eleksuria in 1997, which would be Malaysia’s first electric vehicle. However, POEM didn’t really pan out and has now become defunct.

But then back in 2013, when Proton’s attempts in electric vehicles didn’t bear any fruit, Mahathir apparently saw this as an opportunity and decided to use his existing relationship with Frazer-Nash Research to look into producing hybrid cars in 2016. As a result, he went on to send his own car over for this project. The agreement to send the car over to the UK. Image from Facebook

“As Mahathir is the type who likes new technologies and did not want the country to be left behind, on his own initiative, he sent his Proton Perdana there for R&D.” – Mahathir’s aide, as quoted from FMT

So yeah, it’s great that the guy took the initiative to look opportunities to develop Malaysia’s automotive technology, but the weird thing is it’s been approximately three years since he sent his Proton Perdana over for experiment, and nothing seemed to have come out of it. Additionally, it appears that…

The garage where his car was found in has been abandoned

If you’re familiar with the Lost Adventures YouTube channel, you’ll know that their niche is exploring abandoned buildings to dig up ‘lost history’, and the garage in which Mahathir’s alleged car was found appears to be one of these abandoned landmarks.

So what exactly is going on? Well, apparently, the garage belonged to a luxury car manufacturer Bristol Cars, which was owned by Pakistani businessman Kamal Siddiqi. And he also owns Frazer-Nash Research – you know, the company that we mentioned above had dealings with Mahathir to send his car over to the UK in the first place.

It kinda makes sense that Mahathir’s car would end up in a Bristol Cars garage, given that Kamal owns both of these companies. But the thing is…Bristol Cars actually tutup kedai early this year.

Bristol Cars was actually founded after World War II was over, mainly manufacturing hand-built luxury cars for the rich and famous. And it was said to have had a pretty good run for several decades until 2011, when it faced financial difficulties and had to implement retrenchments, so much so that it really almost collapsed then.

But it was saved by the bell, in the form of Kamal purchasing the company in the same year. And it survived for the next nine years, but that didn’t seem to be enough. Financial difficulties haunted Bristol Cars again, and then it had no choice but to liquidate all its assets and call it quits in March 2020.

“It is with regret that we have seen another iconic UK brand failing to deliver in a changing world.” – Bristol Cars point liquidator Jeremy Frost, as quoted from Top Gear

So based on the fact that Bristol Cars is already a thing of the past, it seems that an array of luxury cars have also become things of the past, including Mahathir’s Proton Perdana. However, that’s not the only weird thing about this whole thing. Apparently… Remember when Sarawak Report broke the 1MDB scandal and then this one name, Xavier Justo, kinda kept popping up amidst it all? We’ve actually written an article about him before, which you can read here. But essentially, Justo was the big whistleblower who leaked numerous secret emails and documents that apparently sketched out the story on 1MDB and beyond.

As a result of his whistleblowing actions, Justo was chased after by many authorities, including Thailand and Malaysia. He ended up getting arrested in Thailand for ‘blackmail and attempted extortion‘ in 2015, while Malaysian authorities were accusing him of tampering with the documents he’d leaked to Sarawak Report.

The following year, he was released after receiving a royal pardon from the Thai monarch.

“I would do it all over again. It was the right thing to do.” – Justo, as quoted from SCMP 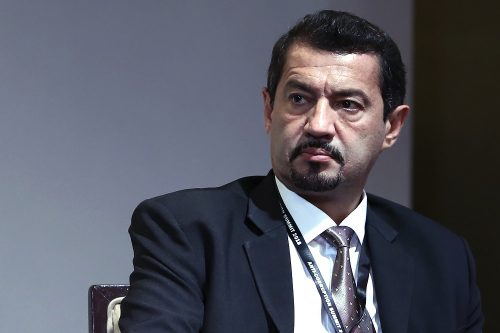 Now you’re probably thinking: what does any of these have anything to do with Bristol Cars’ owner?

Well, as it turns out, the owner, Kamal Siddiqi, may have been part of a group that wanted to purchase 1MDB-related documents from Justo, and that group apparently even included Clare Rewcastle-Brown, the founder of Sarawak Report. See, apparently, when Justo had ahold of the data, he intended to sell them rather than just give them away, but he never ended up getting paid at all.

And when Justo was under custody in Thailand, he allegedly confessed that Kamal was the one who introduced him to Rewcastle-Brown, whom he then subsequent accused of trying to buy the leaked documents from him. So in that sense, Rewcastle-Brown only came into contact with Justo because of Kamal.

When when asked about the alleged introduction by Kamal, Rewcastle-Brown only said…

“I suggest you speak to your reliable informant who is clearly more knowledgeable than myself on this matter.” – Rewcastle-Brown, as quoted from Malaymail

So, what are the odds that Mahathir would end up striking a deal with a company that has ties with the 1MDB whistleblower? We’ll let you decide. But what we can tell you is that after the little confession made by Justo, nothing else was said about the matter and no actions had been taken against Kamal. Then again, given that Justo had admitted that the Thai authorities had promised little jail time in exchange for a signed confession, we should probably take his confession in Thailand with a pinch of MSG.

But despite all these, there’s still one question that comes to mind, which is…

While there was no exact deadline made when Mahathir signed the agreement to export his car to the UK, it’s definitely not reassuring to see it sitting in an abandoned garage with seemingly no one to tend to it.

According to the aide who confirmed that it was indeed Mahathir’s car, had Frazer-Nash Research been successful, Proton would have been able to create its own hybrid car based on the former PM’s Proton Perdana, which would allow it to compete with other automotive brands who already have their own hybrid cars.

“We’re not sure if the car has actually gone through R&D at all, but it should have been returned by now.” – Mahathir’s aide, as translated from Facebook

As for making our own hybrid or electric vehicles, as of today, Malaysia has only managed to produce one electric vehicle that we know of so far, which was the Eleksuria, and it’s been stalling since then. And at the time of writing, none of the parties involved in the whole Proton Perdana thing has responded yet, not even Mahathir himself, so there’s no telling when the Proton Perdana will be returned, if it will be at all. But if it’s collecting dust in an abandoned garage, that would probably mean that there’s still a long way to go for a locally produced hybrid vehicle, let alone a flying car.

Share this article:
NAH, BACA:
Malaysians could EACH be paying ONE PS4 Pro, for 1MDB's debts. Here's how.