Brace yourselves Malaysians: Indonesia is soon gonna get even closer to us. 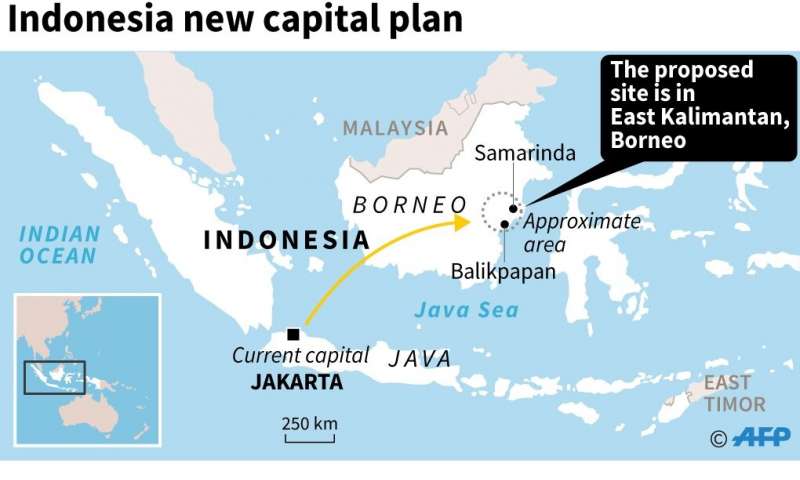 Why? Well, thanks to climate change and land subsidence (caused by illegal groundwater extraction) their capital Jakarta is literally sinking faster than PH’s approval ratings. The city is already suffering from chronic pollution and overcrowding, but recently it was revealed that the city is also sinking by as much as 10 inches per year. It’s so bad that a third of the city could be submerged by 2050!

But what would this capital relocation mean for Malaysia? We’ll be honest, there will some benefits for us, but it’s not all sunshine and rainbows. However, it’s always good to see the bright side of things, so let’s look at the positives first:

1. Sarawak may get to make megabucks from selling electricity

Football fights, culture ‘theft‘, the whole Konfrontasi era and kidnapping allegations aside, our relationship with Indonesia has been generally alright, especially from an economic standpoint; last year, the total bilateral trade volume between us was RM72.02 billion. And, with this capital relocation, this number could get even bigger. 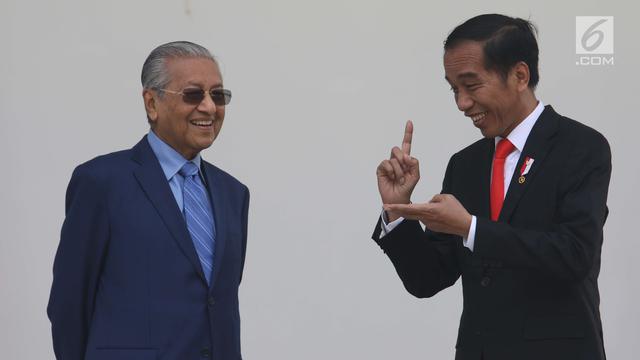 The proposed plan has already received overwhelming support from Sabah and Sarawak’s leaders:

“I am confident that their move will benefit this region.” – Shafie Apdal, Chief Minister of Sabah

“If they do (relocate their capital), then I’m sure they want electricity.” – Datuk Patinggi Abang Johari Openg, Chief Minister of Sarawak

That last one is particularly important; Sarawak Energy Berhad (SEB) already supplies West Kalimantan province (who currently relies on fossil fuels) with clean hydro-power energy via their three mega dams, with another mega dam to be commissioned by 2025 which will cater to the rest of Kalimantan as well. Currently, SEB is in the process of completing the Borneo Grid, which aims to connect the whole of Borneo by 2020 using mostly clean energy (currently, 74% hydro power and 0.5% alternative energy i.e. solar power etc.). And that’s not all as the SEB is going big with their plans; the Borneo Grid is simply the first step towards realising the Asean Grid, which would stretch as far as Myanmar! Indonesia’s choice of Borneo as their new capital’s location would spell megabuck$ for Sarawak, if they play their cards right.

However, while East Malaysia’s bigwigs have hyped up the economic possibilities of having Indonesia’s new capital in Borneo, these are only possible if a couple of further changes are made.

2. East Malaysia may have to upgrade its poor connectivity and infrastructure

You’d expect trade between Sabah and Sarawak and the rest of Borneo to be flourishing because of their close proximity to one another, but unfortunately, this isn’t the case; in fact, it’s the complete opposite! Bilateral trade on the island has actually stagnated, because there is a lack of connectivity between East Malaysia and their non-Malaysian neighbours.

“East Kalimantan is nearer to Sabah than Sarawak but either way, there are currently no proper highways that connect to Sabah which is a hurdle for trade and other cross border benefits.” – Rayenda Khresna Brahmana, Universiti Malaysia Sarawak economist

There aren’t many flights available between Sabah/Sarawak and Kalimantan either, and those that are available are often indirect. Imagine a resident of Balikpapan, Kalimantan having to endure an 18-hour flight with two stopovers just to get to Kota Kinabalu, barely 810 km away!

To solve this problem, the Pan Borneo Highway and Trans Kalimantan Project were introduced, but those are still works in progress. Plans for the Pan Borneo/Trans Kalimantan highways, showing how the two will be connected. Image from: Quora

Furthermore, Sabah and Sarawak have been raking in the Ringgits$$ thanks to medical tourism, as they already receive thousands of medical tourists from Indonesia yearly due to having lower treatment costs and there being a shortage of medical infrastructure in Indonesia. However, this too has been hampered by the connectivity issues. The capital shift could potentially allow this niche market to flourish even more, provided those issues are resolved.

Also consider the fact that we could have to wait literally years before reaping these benefits, since Kalimantan isn’t gonna be built overnight; even we took around 6 years to build Putrajaya.

Time to address the elephant in the room.

A city doesn’t just magically pop up from the ground out of thin air; as with many modern development projects, land has to be cleared out to make way for said projects. Now, consider the fact that Indonesia is relocating its capital to an island where forests have already been burning for years. You know what that means… Yep. We could be seeing the Return of The Desolation of Smog.

While the Indonesian gomen has stressed that the new capital in Borneo will be a ‘smart and green’ city, environmentalists are concerned as most of Borneo’s forests are peatlands, a type of wetland that holds 12 times more carbon than other tropical rainforests. Just one hectare of roasted peatland can release around 6,000 metric tons of carbon dioxide. Whelp, guess now you know where all that haze comes from.

But perhaps just as concerning, if not more concerning than the haze itself, is the fact that Kalimantan stands to lose even more of its precious rainforests due to the project:

“I hope the city will develop and the education will become as good as in Jakarta. But all the land and forest that’s empty space now will be used. Kalimantan is the lungs of the world, and I am worried we will lose the forest we have left.” – Anonymous Kalimantan high school student, in a BBC interview A forest fire in Indonesia, the main cause of yearly haze in the region. Image from: CNN

While President Jokowi has announced a permanent moratorium on issuing new permits to clear primary forests for agricultural plantations and logging, the new capital is said to require 180,000 hectares of land, and environmentalists are worried that deforestation will be inevitable because of its sheer projected size. Then there’s also the fact that it will be built dangerously close to wildlife conservation areas, which could threaten the already-endangered orangutans that live there.

Complicating matters further is that no one outside the Indonesian gomen really knows too much about the project, and they’ve been criticised for apparently lacking transparency in the issue:

“… there hadn’t been any public consultation and there was no inclusive process… Borneo Island is well-known for its Indigenous people, communities and groups and they should be involved in the discussion.” – Jasmine Putri, Greenpeace Indonesia

Mr. Jokowi is already under some pressure due to such complaints; he has been called out in the past for his failure to deliver on promises, most notably on his own human rights programs. His grandiose Great Garuda project (a massive $40 bil seawall in the shape of the mythical Garuda bird), has also become mired in environmental complaints and corruption scandals (though he insists it is ‘essential’ to save Jakarta from sinking). Concept art for Jokowi’s Great Garuda seawall, which will also serve as a new city for 300,000 residents. Image from: Abitare

Indonesia aren’t the first to relocate their capital, and they might not be the last

A few countries have relocated their capitals before, with varying degrees of success.

For instance, Malaysia too had a new capital in Putrajaya. And to be fair to him, Dr. M handled the entire Putrajaya project relatively well. Putrajaya is even reportedly being used as a model for the Philippines’ planned relocation of their capital to New Clark City, because unfortunately, Manila is sinking too (and so are Shanghai, Bangkok, and the Maldives). But not every country who tried this did it as well. Dr. M relocated our nation’s seat of government from KL to Putrajaya in 1999. Image from: Civitatis

Take Myanmar, for instance. In 2005, the then-military gomen of Myanmar opted to move their capital from Yangon to Naypyidaw, spending $4 billion to construct the city. However, despite being roughly four and a half times the size of London, the city is empty and lifeless. Both locals and foreign tourists alike shun the location, and it has even been described as a ‘ghost town’ resembling North Korea. 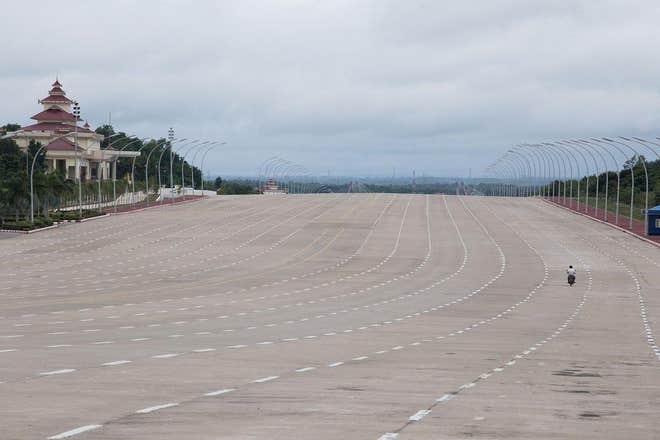 Naypyidaw’s 20-lane highway during rush hour. Just kidding, there is no rush hour in Naypyidaw. Image from: Independent

*One other ‘dishonourable’ mention is Brasilia, Brazil (famously known for corruption scandals and water crises), where the Brazilian gomen relocated their capital from Rio de Janeiro in 1960.*

In any case, only time will tell as it’s still too early to say anything at this point, but at least they’ll have plenty of past real-world examples to draw from to avoid making those same mistakes. But that’s not gonna stop the comment section kan?

Share this article:
NAH, BACA:
Why are these Orangutans washing clothes and sawing wood in the jungle?!