So just to clarify the title before the clickbait accusations come in, Hillary Clinton and George Soros were NOT having a conversation about Malaysia together, but they talked about us in entirely separate conversations. However, there IS one factor linking the two, which we will elaborate on later. Yeah, it’s pretty confusing but bear with us while we run you through the entire thing starting with a quick backstory starting with the Clinton email leak 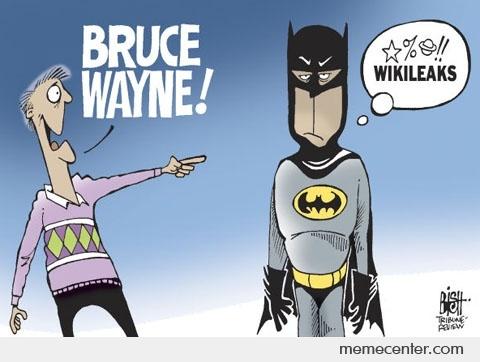 If you were following the US Presidential elections, you may have heard the bit about the Hillary Clinton email leak where a bunch of private emails were posted on whistleblower site Wikileaks. The emails were hacked from John Podesta, the chairman of Hillary’s 2016 presidential campaign (so they’re not from Hillary Clinton herself). What you may not know is that 95 of these emails actually discussed Malaysia… especially in relation to the Trans-Pacific Partnership (TPP) Agreement. Now, on to the Soros leak.

While many may not know what he looks like, most Malaysians would recognize George Soros by name alone for his alleged role in mucking about with our economy during the 1997 Asian Financial Crisis which led to a massive devaluation of the Ringgit not seen since…um… now. Not content with destabilizing our currency, he’s also allegedly been trying to destabilize the government by mucking about with Malaysian politics through sponsoring organizations like Bersih and Malaysiakini via his Open Society Foundations (OSF).

What happened is that a whole bunch of documents detailing meeting minutes, strategies, and activities from his various organizations – including the OSF – were hacked and posted on DC Leaks. The news of this lead to the arrest of Bersih 2.0 Chairman Maria Chin Abdullah under SOSMA and Red Shirt leader Jamal Yunos threatening to tear down part of Malaysiakini’s office.

Before we get into the nitty-gritty details, you should probably take these leaked emails and documents with a pinch of salt since they’re essentially unverified, but we’ll talk more about this at the end of the article la. If you haven’t heard of the Trans-Pacific Partnership (TPP) Agreement, it’s a highly controversial agreement between the US and 11 other countries (including Malaysia) to implement certain economic, social, and environmental standards. While each country got to customize certain points of the agreement before signing, it’s been alleged that Malaysia was given more leeway than other countries on things like Bumi contracts as well as overlooking the alleged cases of corruption and religious extremism.

However, what surprised most people was the sudden improvement of Malaysia’s ranking in the US’s Trafficking in Persons Report (TIP). Other than showing America really likes their T’s and P’s in acronyms, the shift from Tier 3 (the worst possible rank) to Tier 2 Watchlist came as a surprise to many as we were in the midst of the Rohingya crisis and the discovery of mass graves up north. Why this is such a big deal is because this came the same year the TPP was due to be signed, and because Tier 3 countries are blacklisted from trade agreements with the US. Malaysia’s upgrade was a pretty big deal in the US political circles as it led to many members of the House of Representatives (kinda like our Parliament) and the Senate actually questioning if the rank improvement was politically motivated in order to beri jalan to Malaysia to sign the TPP.

Where the emails come in (or at least the more pedas ones) is the recommendation that Hillary Clinton use Malaysia’s TIP ranking as an example of how she will not compromise on human rights issues for trade relations. We screencapped a portion of the email and edited it to look conspiracy theory-ish:

But even more interesting is a series of emails from George Soros’ advisor to arrange for a meeting between John Podesta and George Soros to discuss Malaysia.

So what about Malaysia were they discussing? And what’s this memo thing on TPP and Malaysia? Well that takes us to…

Soros email leak: The OSF and the mysterious “Malaysia Program”

It seems that Soros wasn’t happy with the way Obama was overlooking the various violations allegedly committed by the Malaysian government and its leaders in order to get the TPP signed. The memo mentioned in the Podesta email is written by John Pang, a senior fellow in Singapore’s S. Rajaratnam School of International Studies and member of the OSF’s Global Board. We highly recommend that you read the full thing here (Look under “Attachments”) but the memo pretty much argues that Obama’s eagerness to get Malaysia to sign the TPP would not only undermine America’s credibility in the region, but also continue to enable corruption and set back any reforms that Malaysia is allegedly (hehe) heading towards.

And why is Soros so concerned about this? Well, that’s where Bersih, Malaysiakini, and the OSF’s Malaysia Program comes in. Told ya it’s complicated.

The evidence for the OSF’s involvement in Bersih comes from a document called the Portfolio Review Outcome Summary – Malaysia Program which was published sometime after a meeting in June 2015. The document showed that the OSF – or rather the Malaysia Program – not only started work on the General Elections in 2010, but that George Soros had a personal interest in the elections:

While the OSF is primarily known as a grantmaking foundation (aka giving money), it seemed they took a more active role beyond just money by also being a “driver of the work”:

While the document doesn’t actually mention Bersih by name, the document’s mention of “galvanizing public participation” and the mobilization of “hundreds of thousands of youth” along with the fact that the original Bersih was disbanded and re-formed as Bersih 2.0 to remove influences of political parties in November 2010 is probably too much of a coincidence to be well, coincidental. Especially when the document also mentions the same thing about political parties being involved in the Program:

On the other hand, the OSF’s involvement with Malaysiakini came via the Media Development Loan Fund (Now called the Media Development Investment Fund), an NGO that “provides loans to independent news outlets in countries with a history of media oppression” which also counts the OSF as one of its many funders:

Now we have two seemingly large powers that have some secret vested interest in Malaysia. But why? Could it be….

NAH, BACA:
Can we really trust what WSJ said about Najib?

OMG is Malaysia a victim of some Agenda Yahudi/Amerika? 😯

First, let’s start with a clean slate by putting aside all your preconceptions of Agenda Yahudi because when we tried to get a proper definition of what it is, all we found were unproven crackpot theories. These results were the same whether we searched on Google or…

Instead, let’s look at the crackpot theories that’s backed up with a little more evidence 🙂

According to the leaked documents Soros’s dastardly Malaysia Program is so dastardly that you won’t believe how dastardly it is until you see it with your own eyes:

Yup. Their whole dastardly plan is to ensure clean and fair elections so that the opposition stands a chance of winning it – or at least that’s our take on it. Again, you should read the full document to form your own conclusion or check out Lim Sian See’s well-argued post on this topic for an alternate viewpoint since, based on comments on our site, CILISOS can’t be trusted because we’re obviously barua DAP / cybertrooper UMNO / ex-Malaysiakini writers. Maybe we should dastardly apply for OSF funding as well. 🙄

But before you think Malaysia is the only country under threat from democracy and fair elections, it should be noted that the OSF and the organizations that receive OSF funding are also disliked by other governments such as Azerbaijan (Office raided), Russia (Banned), and…… Israel (Accused of being Anti-Israel).

That’s because Soros’ aim is a super liberal one – to put power in the hands of the people through education and active reform, and has a pretty good track record of “reforming” governments and countries too; playing an active role in kicking Communism out of Eastern Europe and Aparthied out of Africa in the 70’s and 80’s before founding the OSF. And basically no government wants anyone mucking around in their business la.

Today, the OSF is one of the largest private organizations in the world with George Soros giving away nearly US$12 billion of his $26 billion fortune through the OSF, with a huge chunk of the remainder going to the foundation after his death to carry on his vision. Crackpot theory 2: Obama was trying to stop China from taking over the world

One given reason to why the Obama administration is so eager for Malaysia to hop on the TPP train is because they’re trying to stop China’s threat to America’s position as the biggest superpower in the world. Basically, the TPP is like a marriage certificate to ensure that countries are aligned to America so Playboy China won’t come in and steal them away like a Communist Casanova with gifts of investments and railway systems. And the reason why Malaysia is such an important part of this is because we happen to control one chokepoint in the world’s major shipping route which also happens to provide 80% of China’s oil supply: There’s only one common point that both these theories share but, hey, that’s just a theory… a conspiracy theory!

Wait. Does this mean George Soros is the good guy?

By extension of logic, if you believe that the leaks are true, then you’d also have to believe that the Malaysia Program’s aim to ensure transparency along with free and fair elections in Malaysia is also true, which really doesn’t sound like a bad thing at all. After all, they wouldn’t lie in a document that isn’t meant for the public eye, right? The only question mark to this is whether or not George Soros has a hidden agenda that even the people in OSF don’t know about. 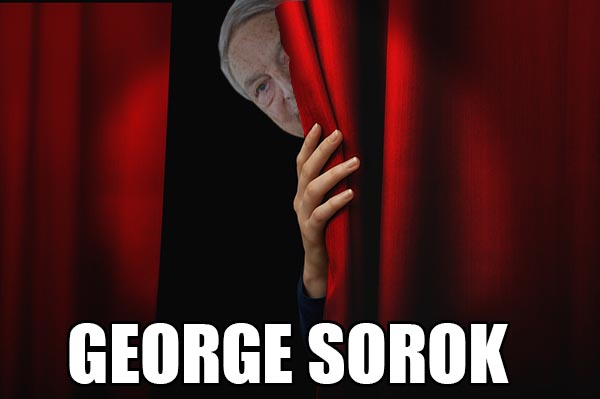 But in the first place, we first have to decide whether or not all this leaked info can be trusted because there’s really no way to prove the validity of the information exposed on Wikileaks and DCLeaks, hence the pinch of salt we asked you to take at the beginning of this article. For example, John Podesta has suggested that the hacked Clinton emails contained fake documents meant to discredit Clinton in order to give Trump an advantage in the elections.

And this brings us to where these leaks come from, since various sources claim to have traced both the Wikileaks and DCleaks hacks to one primary source – Russia. While DCLeaks claim their information comes from anonymous hacktivists, others have claimed that the site is a “dumping ground for information obtained by Russian spies” for agendas of their own. In fact the US Department of Homeland Security released an official statement that:

“The U.S. Intelligence Community (USIC) is confident that the Russian Government directed the recent compromises of e-mails from US persons and institutions, including from US political organizations.” – US Department of Homeland Security, as quoted from their press release.

But now that the TPP is most likely going to be no more under President Trump, and that we’re receiving a heckuvalot of investments from China it seems that the outcome is pretty much certain. But then again, Malaysia (like any other country) is a small piece of a constantly changing puzzle so it’s hard to say where we’re headed for sure. But in the meantime, perhaps we can bask in all this attention we’re getting from the big boys? Click here to read our article on why China is investing so much in us!