Remember Kiki? The girl that went Street Fighter on a car with her steering lock? Well something along those lines happened again recently.

But remember what happened last time? When many Malaysians sorta ended up going all out against her. Something like this. Just replace him with her. 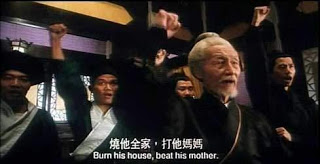 Yeaaa….we got our answer. Don’t think we should mention the movie hahaha.

But it was a big thing back in July 2014 though. Regardless of what the story was, Kiki ended up becoming a huge public figure, even if a lot of it was on the negative side. A previous article of ours even talked about whether there was a need to further share that video of her.

Fast forward a year plus and we have another video that went viral (but admittedly probably not as viral) under similar circumstances. There is a woman, a car, and a steering wheel lock.

First things first, we spoke to the woman in the video

Yes, the woman in the video. Through a friend, we managed to contact Shasha Farina. And before we go on, this story has 3 people in it, Sasha, her dad, and the guy who recorded the video whom the news reports to be a particular Cheah Jenq Yeh. 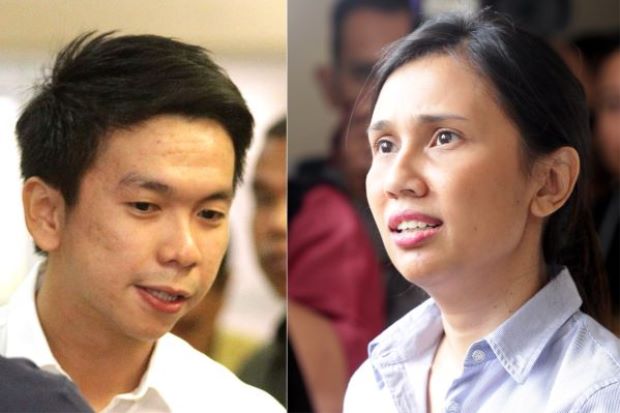 Shasha Fazrina works in SS15, where she has a parking spot that she rents from Majlis Perbandaran Subang Jaya (MPSJ). However on the 28th of October (Wednesday), she found a grey Camry parked in her spot. And so she’s all like.. But she has to get to work right? And SS15 isn’t the best of places when it comes to parking. So she double parks the Camry and heads off to work.

At about 10-ish am, while on the phone with a client, she said Cheah, the Camry driver, started honking. She says she took about 2-3 min to finish her call and after that she headed to her car. But then this happened.

“Right after I put down my phone, as I was about to walk out and move my car, I notice this guy put the car in reverse and then went forward and hit my car.” – Shasha tells CILISOS

At this point, the loud noise had attracted even the neighbours to the scene. Her dad (the company was a family company, hence the dad was there) went up to Cheah to ask him to like “chill la, why you need to go bang car all?”

At this point she says Cheah went like beast mode la. All the tut tut words come out. He then pushed Shasha’s dad who fell onto the Camry side mirror. At this point Sasha says 3 things drove her to try and stop him.

That’s when the video was recorded la.

When the video first got out, she was referred to as Kiki number 2

According to news reports, the video initially went viral in a Facebook group. ChinaPress and Oriental Daily News both reported how it had been causing waves on social media. There was even mention of this whole thing being another Kiki. Since none of us here at CILISOS can actually read Chinese, we asked a friend of ours to help read through the articles and tell us the gist of it. These news reports mention that the video first went viral in a Facebook group by the name 甲洞人. Our Google Chrome translates it to ‘A cave man’ but Google Translate translates it to ‘Kepong People’ (LOL) (One of our readers left a comment at the end of this article that explains why there were 2 translations, so head on over to the comments section if you’re interested! And thanks lilblackdog! :D).

NAH, BACA:
How the mysterious death of an auditor in 1983 led to Malaysia's first banking scandal

Other sites like circle01.com and daliulian.net even included a link to the video in their articles. But all our attempts to access this original viral video have been in vain because the video has been removed.  😥

Shasha tells us that she was only made aware of the video going viral on the 30th (Friday).

“On Friday evening, at about 6 something, my friends started calling me asking me what happen and why you hit that guy’s car and all those thing. And I was shocked to find the video on the internet!” – Shasha

She adds that there were people who were calling her crazy and mad on social media. It was then that she took to Facebook to post her side of the story.

But as she got her story out, newspapers called her to investigate

Shasha also tells us that she didn’t contact news outlets to get her story out. They actually came to her. After her side of the story got out, the first newspaper to get in touch with her was Oriental Daily News. That they came by to her office and spoke to both her and her father. They came by and heard her side of the story and after that they even apologised to her for the stories that they did on her before that. Picture of Shasha’s father showing his bruises from their interview with Oriental News Daily. Click to go to article.

It was at this point that English and BM news outlets started to pick up on the story. Articles from The Star, Paultan.org, and even Utusan Malaysia all reported the story with at least some mention that the video did not fully represent the whole situation.

And that seems to have also had an effect on how Malaysians have responded to the situation as a whole.

And some people started to demand for the truth to be heard first!

While early news reports and Shasha’s testimony show how she was initially seen as a villain, as news got out, some Malaysians actually started doing something really cool. They started commenting about how people needed to know the full story before making their judgments.

But are Malaysians more mature in their response to viral Facebook posts now?

In August this year, an architect by the name of Chan had to approach MCA for help because he was being shamed for a picture of him that was shared online. As the story goes, a picture of Chan had been uploaded on Facebook which showed him beside a piece of tissue that he had thrown on the LRT. He claims that he picked it up before he exited the LRT but with the picture out there, he said Facebook wasn’t kind to him (if you wanna read in more detail, click here). Part of the alleged image showing Chan and his tissue. Image from The Ant Daily.

“On Aug 8, Chan lodged a police report at Dang Wangi police station as there were comments condemning him, with some warning him of physical action.” – The Sun

While we don’t know that if Chan was telling the truth or not, that’s just it la. We don’t know.

The story of Shasha may have turned out that way as well. She did put out her side of the story but it probably helped tremendously to have a newspaper report her side and then people taking the initiative to ask others to know the story behind the video first.

The latest development to the story is that both Shasha and Cheah have gone to court and pleaded not guilty to the charges against them. Which is interesting because then there also maybe another side to the story from Cheah (we tried to get his contact but all our efforts came to a dead end, if anyone knows how we could get in touch with him please let us know! 😀 ).

Shasha & Cheah with their lawyers. Yea that guy on the left in Gobind Singh Deo. Images from Utusan & The Rakyat Post.

And besides, there definitely have been people who’ve gone to the other end and turned on Cheah as well (and that is something we don’t commend either). But it’s reassuring to know that this time, when a violent video went viral, Malaysians were interested in knowing a full story, and fought to defend it.