Many might know by now that Malaysia is pretty big on logging. Heck, in 2013, our country was reported to have the highest deforestation rate in the world at 14.4%. But that aside, Malaysia’s actually been rather active in preserving our forests as well, where, as of 2019, we had 18.28 million hectares of forested area and 13.2% of them are Permanent Reserved Forests.

However, despite those statistics, Kelantan’s been getting a lot of flak in recent years for excessive logging activities – it was even attributed as one of the reasons for severe floods in Kelantan in 2015. But there hasn’t been a proper response to the criticism until this year, when our newly minted Environment Minister Tuan Ibrahim Tuan Man claimed that Kelantan having International Organization for Standardization (ISO) certification means they can carry out logging activities there.

Then that defense eventually led to this little tweet that kinda went viral:

So that got us wondering…

What’s this ISO certification that Tuan Ibrahim’s talking about?

Well, first off, the ISO is actually an international independent and non-governmental organization that develops international standards for various products, services, and systems to maintain quality, safety, and efficiency. And while it’s an NGO, it has 164 national member bodies, including the Departments of Standards Malaysia (DSM). 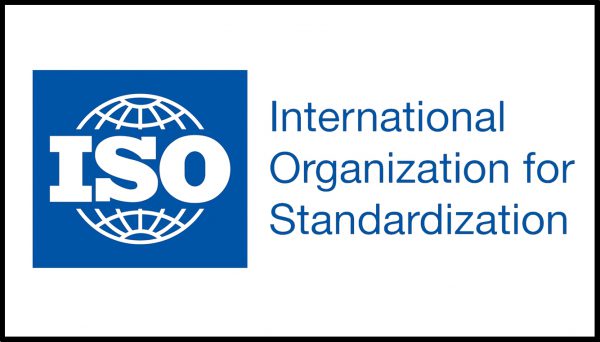 So far, the organization’s developed and implemented 23079 international standards covering all kinds of industries, such as technology, agriculture, and healthcare. And, uh, apparently, its standards play a pretty important part in trading, because of the significant number of national member bodies involved in the development of these standards.

And to get certified is apparently rather easy, you just have to follow the steps listed here. But to put it simply, you have to:

In Malaysia, auditors for ISO certification usually come from SIRIM QAS International Sdn Bhd, which, according to its website, is “Malaysia’s leading testing, inspection and certification body“. It’s apparently recognized by DSM, so perhaps that gives it a little more credibility.

Among all the standards that ISO’s developed, the one Tuan Ibrahim was talking about is the ISO 9001:2008, setting out requirements for a company’s quality management system. It’s usually more important to food manufacturing industries to monitor food safety standards, but what does it have to do with hutan-hutan? A forest reserve in Pahang. Image from Forestry Department of Peninsular Malaysia

When Tuan Ibrahim said that Kelantan had ISO certification and other states don’t, that’s not exactly true. There are other state forestry departments with the certification as well, including Johor, Kedah, Negeri Sembilan, Pahang, Perak, Selangor, and Terengganu. Even the Forest Institute of Malaysia (FRIM) has the ISO 9001 certification.

Given that so many forestry departments have ISO certification, it goes to show that it’s pretty important to them. We couldn’t find the actual ISO 9001 document, but, apparently, it’s provided in the ISO 9001 certification that state forestry departments have to comply with the conditions of sustainable logging, which basically means that logs sourced from the forests won’t completely wipe out the trees.

In addition, it’s been said that the ISO certification allows the departments to enhance certain procedures in quality management, such as profit collection, transport permits, and monitoring of domestic log movements. It also helps in creating a routine and structure internal monitoring and reporting in state forestry departments.

But the thing is ISO certification only relies on documentary evidence, rather than actual physical outcomes in the forests themselves. This implies that the ISO standards only offer a framework without a grading system on acceptable performances. Plus, it seems that different departments each has a different set of objectives and processes that adhere to ISO standards. You can read Pahang, Perak, and Kelantan’s here. Not only that, the ISO certification itself also doesn’t really give these departments permission to log, as it only sets out standards for a company to carry out their business.

And yes, it’s true that the Kelantan Forestry Department had the ISO 9001:2008 certification in 2012, but we looked through their website and found that, apparently, the certificate’s been expired since 2016. There’s also not much info on whether they’ve renewed it since its expiry. And as if that’s not enough…

ISO isn’t the only certificate Kelantan lost in 2016 The process to apply for Forest Management Certificate (L) and Chain of Custody Certificate (R). Screenshots from MTCC

Unlike the ISO certification process, MTCC apparently does go down to the field for auditing and making sure that a company or department deserves the certification. It also offers a set of performance standards and criteria for forestry departments to work on. The MTCC is pretty important because even the Forestry Department of Peninsular Malaysia uses MTCC assessment standards for internal auditing process.

So far, MTCC’s awarded five forestry departments with the Certificate for Forest Management for sustainable logging activities in their respective forests, including: And Kelantan used to have the certificate as well, but MTCC revoked the certificate in 2016 for not complying with sustainable logging standards. This then made all Kelantan-sourced logs no longer recognized as Permanent Reserved Forest certified material.

“The withdrawal of the Certificate was due to the failure of Kelantan State Forestry Department in resolving satisfactorily the major non conformity raised in the surveillance audit.” – MTCC

So technically, in a sense, Kelantan doesn’t have certification for sustainable logging. But here’s the kicker…

The ISO and MTCC can’t even give logging permits

No, no, while ISO and MTCC gives ceritifications, logging permits are apparently under the jurisdiction of the state government – in this case, the Kelantan state government, alongside gazetting forest reserves and collecting royalties. And, you know, it seems that logging is one of Kelantan’s main sources of income, so they kind of need it.

So technically, while the ISO certification that Tuan Ibrahim’s talking about doesn’t actually mean permission for logging, they can still carry out logging activities if they have logging permits from the state government.

Meanwhile, the Environment Ministry itself has denied that Tuan Ibrahim was defending logging activities in Kelantan, claiming that the report was untrue and that he was actually pledging to protect the environment and diversity in our forests.

“The Environment Ministry, as the leading agency in environmental and biodiversity will continue to implement the conservation, preservation and protection of the country’s natural resources in accordance with existing policies and laws.

In order to protect the forest sustainability and biodiversity, as well as enhancing monitoring and enforcement in ensuring compliance with existing regulations.” – Environment Ministry, as quoted by Malaymail

Still, we all know that deforestation can cause severe impacts on our environment, the wild animals, and in our case, the Orang Asli. In the years between 2001 and 2018, Kelantan’s lost 28% of tree coverage due to rampant deforestation, with Tanah Merah and Gua Musang accounting for 71% of it, and it’s done some damage to the Kelantan People.

For example, Kelantan’s been facing severe flooding situations in recent years, and it’s often been attributed to excessive logging, whether legal or illegal, in Kelantan’s forest reserves. While people have organized protests, especially the Orang Asli community, and Putrajaya’s even once sued the Kelantan state government for irresponsible logging, the deforestation doesn’t seem to be stopping.

But still, keep in mind that those things happened with previous governments – it’s an entirely new government now, and the Environment Ministry is a totally new ministry. And hey, at least Tuan Ibrahim’s addressed the issue and spurred some discussion among netizens and even Anwar Ibrahim himself.

After all, if a tree falls in the forest and no one’s around to hear it, does it still count as making a sound?

Share this article:
NAH, BACA:
Who is this Aussie politician who pissed Malaysians off by talking about Bersih 5? ಠ_ಠ