Well, time sure does fly, as it’s already been two weeks after the whole political shebang that Malaysia was abruptly plunged into, which led to former Prime Minister Dr. Mahathir Mohamad abruptly resigning. And now, we have a new Prime Minister Muhyiddin Yassin, who also announced a whole new cabinet line-up on the 9th of March, 2020.

So, looking at the list, you could already tell the difference between Zafrul and the other Finance Ministers we’ve had in the past, which is that Zafrul is the first non-politician to take on the role. But he once didn’t want to get involved in politics at first, because…

Politics was too rough for him 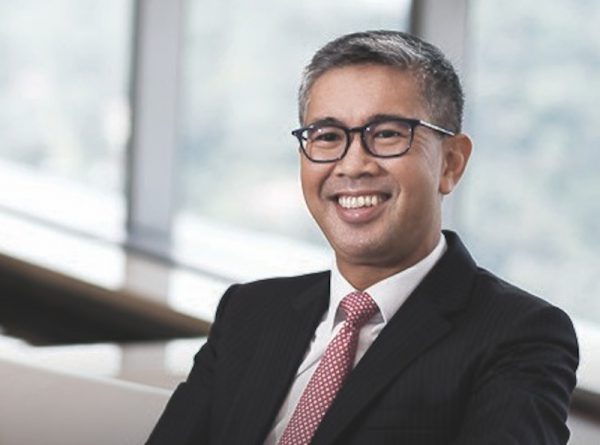 See, when Zafrul was still a corporate guy and virtually had no part in politics, he had actually criticized our politicians before in 2009 for focusing so much on fighting between different political coalitions instead of looking at actual policies, which he seemed to have attributed to lack of investments and slowdown in market progress in Malaysia.

“The government should start governing, and the opposition should start [being a responsible opposition]. We need to get our act together.” – Zafrul, as quoted by The Nut Graph

And then in 2017, in an interview with The Straits Times, he was asked whether he would dip his fingers in politics, and he ruled it out, saying:

“It is too rough for me.” – Zafrul, as quoted by The Straits Times

Except just this year…

So, that didn’t age well, since he’s now our Finance Minister. Then again, he didn’t exactly vow that he wouldn’t get involved in politics.

“I am humbled by this enormous responsibility especially at a time when the country is facing unprecedented economic challenges.

I undertake to give my best to the nation and am looking forward to serve with all the relevant stakeholders in ensuring we remain steadfast and in the spirit of inclusivity, work together to realize our collective aspirations.” – Zafrul, as quoted by Malaymail

So what qualifies him as a Finance Minister? Well… 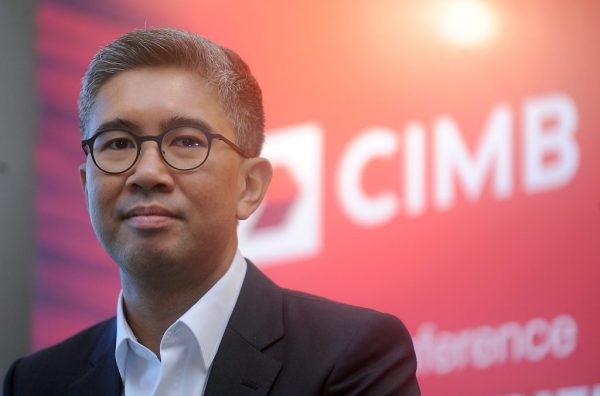 He’d actually held a number of positions in different companies before, such as the Arab-Malaysian Merchant Bank, Tenaga Nasional Bhd, and Tune Money. Zafrul climbed the corporate ladder pretty fast,  having a brief stint in CIMB as an executive director and manager from 2002 to 2003. It was only in 2010 that he took up the CEO position in Maybank Investment Bank. While he was at Maybank, Zafrul led a SGD$1.4 billion purchase of Singaporean regional broker firm Kim Eng and even doubled the bank’s investment earnings.

However, after three years at Maybank, he resigned and went back to CIMB as the Head of Investment Banking, rising through the ranks quickly to become the CEO of the whole CIMB entity in 2015. He was apparently hand-picked by former CIMB CEO and Najib Razak’s brother Nazir Razak to take on the role after choosing to retire as the CEO himself.

“Do not try to fill my shoes. Build your own shoes, and be your own man.” – Nazir’s advice to Zafrul, as quoted by The Straits Times

Nazir to Zafrul. GIF from Tenor

During his stint as CIMB CEO, he was responsible for netting a record profit of RM1.18billion and improving operational efficiency within the company. He’d also announced a Target 18 plan to improve customer satisfaction, trim costs, and strengthen organizational culture, which was said to have helped in attaining profits for the bank and improving its performance.

Not only that, throughout his 24 years in the financial sector, Zafrul had bagged a number of awards, including the Asia Pacific Enterprise Awards (APEA) 2008 Most Promising Entrepreneurship Award, Technology Business Review ASEAN CEO Award 2008, and Malaysian Business Leadership Award 2009.

Apart from this though, there might be another reason that Zafrul’s appointed among a sea of bankers, which is…

Zafrul is apparently related to Muhyiddin

Yes, yes, we know – it’s a pretty complicated family relation, so we came up with a family tree diagram of our own to kind of clear things up.

The writer tried. Okay, moving on.

Ikhma and Nadia are children of Abd Rahim Mohamad, who’s the executive chairman of Eden Incorporated, a food and beverages, tourism, and energy and manufacturing company.

Meanwhile, Zuhri (Zafrul’s brother) himself is apparently an UMNO member and once even contested for an UMNO Supreme Council member post in 2018, but he lost in the end. According to his LinkedIn page, he also used to serve as a Special Officer in the government from 2009 to 2013, but we couldn’t exactly ascertain which minister he worked for.

But just because Zafrul’s allegedly related to Muhyiddin, it’s still a somewhat distant relation because it’s not just by marriage, it’s by a sibling’s marriage. Plus, his previous views on politics, as we’ve mentioned above, could be a sign of neutrality on his part and allow him to focus more on financial management aspect of the job, because, you know, Finance Minister. It probably also helped when he said…

He would focus on the economy rather than politics After swearing in as Finance Minister, he said that he would focus on economic challenges over politics.

“As you know, I’m not a politician. I’ll do my best to help the country.” – Zafrul, as quoted by Malaysiakini

As the Finance Minister in our new Perikatan Nasional government, it’s been said that Zafrul will have huge challenges ahead of him, what with the Covid-19 outbreak, the low oil prices, and unease in the financial markets. But some have expressed confidence in his ability to take on the portfolio, due to his extended experience in the financial sector.

Regardless of his alleged familial relation with Muhyiddin, it remains that Zafrul has made history as our first non-politician Finance Minister. Despite the role having been heavily linked with our political climate recently, Zafrul could potentially make some positive changes to the ministry. What do you think?