Earlier this month, we covered the Penang flood that happened over the first weekend of November, which is said to be more serious than an earlier flooding back in September. How serious, you ask?

Following that disaster, Penang’s Chief Minister Lim Guan Eng wanted Penang to have their own early warning system for weather-related disasters, stating that they can no longer trust the Malaysian Meteorological Department.

On the days leading up to the big storm, Malaysia’s Meteorological Department (which is a keyboardful, so we’ll be referring to them as MetMalaysia or just Met from this point) released a series of alerts to Penang.

Made with cutting edge MSPaint.

Malaysia’s Met uses a system of color-coded alerts to warn people about potentially hazardous weather. Although we couldn’t find the exact interpretations of these colors on the Met website, it seemed to follow the system we found on the UK’s Met Office’s website. Very roughly, the colors mean:

As you can see from the chart we drew, the three days before the flood struck the alerts had been yellow. While there’s still an alert, it wasn’t so intimidating. You can see that there’s at least a full day between the last yellow alert and the amber alert, which went out after the disaster had already started. The red alert came when the people of Penang are already neck-deep in water, literally speaking. Well, this is neck-deep if you lie on your belly. Img from Malay Mail Online.

And that’s why Guan Eng was so salty about the matter: on the surface, it’s like yelling “Watch out!” to a guy who’s already been hit by a truck. Guan Eng had since expressed his disappointment on the late warning, believing that the Penang government could’ve done more had the alerts been published earlier.

“The JMM (Met) did publish an alert on the 1st of November, but the alert posted was normal, not red… The red alert, on the other hand, only came out on the day of the event, 4th of November, around 9.30 p.m. This is why the Penang Government is not satisfied, because the JMM failed to warn us earlier… should there have been an earlier warning, perhaps some precautionary measures could have been taken,” – Lim Guan Eng, translated from a news story on his Facebook post.

And that’s why Penang decided not to rely on Met’s reports anymore, and come up with their own disaster alert system. However…

Some claimed that the new alert system could be illegal

Due to his disappointment of not being warned about the possibility of a serious disaster, Guan Eng had asked the Penang Green Council (PGC) to research the possibility of Penang having their own early warning system that they can trust. This system will supposedly include data taken from neighboring regions like Thailand as well, and is seen as a proactive measure against future disasters. Flood in Thailand back in 2011. Img from Camille’s Samui info blog.

However, some have alleged that the idea of an independent weather agency may bring about legal headaches. In an interview with the Star, Prof Datuk Dr Azizan Abu Samah, a climate expert from Universiti Malaya had said that while it’s entirely possible for Penang to have an independent alert system, there will be legal implications.

“There is an overlap in the data collected, so it is feasible if Penang wants to source for weather alerts from the meteorological services in other countries. However, this must be done by well-trained experts. More importantly, they must realise that they will assume a legal responsibility if they were to issue their own alerts,” – Prof Datuk Dr Azizan Abu Samah, for the Star.

The second implication pointed out by Prof Azizan is the authority: since Met is a government agency under MOSTI, it automatically have the authority to issue alerts, and its actions are answerable to the Parliament. An independent agency, on the other hand, does not have that authority. While there is a legal basis for, say, evacuations based on alerts issued by Met, the same cannot be said with certainty for alerts issued by the independent agency. 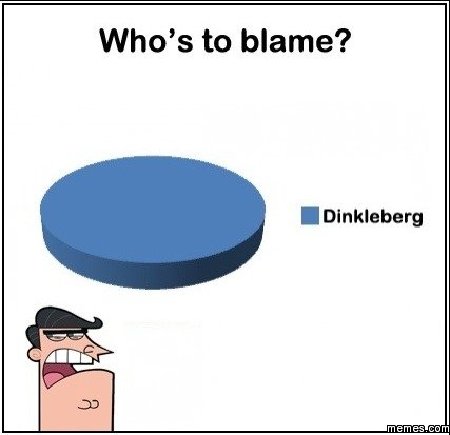 Raja Syarafina Raja Shuib, Guan Eng’s special legal officer, had rebuked Prof Azizan’s concerns, saying that the proposed alert system is a “proactive step to avert losses caused by adverse weather conditions, in line with its efforts to ensure that the public is well-informed and prepared for future incidents”. She had further clarified that this new alert system is not meant to give the people of Penang a daily weather forecast, rather just as an alert system for impending weather-related disasters.

NAH, BACA:
Inside the 2-day festival in Putrajaya that wants to teach Malaysians how to spend wisely

That’s nice and all, but in the first place…

Why are the weather alerts so slow to come out? We still have yet to receive a response from MetMalaysia as of the time of the writing, but MalaysiaKini spoke to a Met spokesperson and found out that the reason for the last-minute warning was a last-minute change in weather. Specifically, the change in the path of a tropical disturbance called Invest 95W.

If you are intimidated by the term ‘tropical disturbance’, think of it as an egg that may potentially hatch into cyclones, typhoons or hurricanes, depending on which region it hatches in (the three are basically the same thing). Weather agencies find it worthwhile to ‘invest’ some time in tracking and monitoring them.

Anyway, some tropical disturbances may hatch into a huge problem, like Invest 96W which rapidly gained strength and turned into Typhoon Damfrey that hit Vietnam; but they may just eventually disperse, which is the case with Invest 95W. But as was evident in Penang’s case, even a typhoon egg can be pretty devastating and worth warning people about. So why was Penang warned so late? The colored lines represent the different predictions of Invest 95W’s path by Navgem, GFS and GEM on Nov 1, from left to right. None of them comes near Penang. Img from MalaysiaKini.

Did Met ignore it? Of course not. They watched the hyuck out of it, and used different prediction models used by international agencies, and all of them predicted on Nov 1 that it will just move across Thailand and head out to the Andaman Sea.

“MET monitored the tropical disturbance… we received the information. Everything was detected by MET, but we did not expect it to transit for 15 hours in Penang. That was unusual. According to (weather forecast) models, it was supposed to cross through to the Andaman Sea,” – Met spokesperson, for MalaysiaKini.

Two days later, only the GFS model significantly changed its prediction, showing a new path for Invest 95W that passes through Penang and lingers there for a while before going back the earlier route. As everyone found out two days later, it did go through Penang, but it was too late by then. The prediction on Nov 3. Notice how GFS (red) predicted that it would walk all over northern Malaysia, with a loop around Penang. Img from MalaysiaKini.

While a baby typhoon like Invest 95W remaining in one place for 15 hours in Penang might be an unusual phenomenon, it’s not by far a unique event, according to Prof Azizan. In an interview with Astro Awani, he mentioned something called the Fujiwhara Effect, which is when two cyclones happening close together decided to tango, causing them to get closer to each other in a spiral, significantly altering their paths. This might have been the case with Invest 95W and the aforementioned Typhoon Damfrey.

The Met Department came under fire for Penang’s tragedy, but are they really to blame? The Butterfly effect had its roots in weather forecasting. Img from Serendipity.

You might or might have not heard of the butterfly effect, that suggested that a mere butterfly flapping its wings may cause a hurricane on the other side of the world, through a long chain of events. In the olden days, it was used to set an image on how tricky weather forecasting is: even if you’ve already predicted the weather for the next three days, the tiniest things happening on Monday may cause the actual weather on Wednesday to be completely different from what was forecasted. As somebody found out by comparing weather forecasts and the actual weather, the further away in the future you forecast, the closer it gets to randomly spouting out numbers and hoping it’s correct.

While technology may have improved the accuracy of forecasts by quite a bit, the problem with forecasts isn’t just a lone butterfly. Prof Azizan might have implied in his interview that what happened in Penang very rarely happen in Malaysia, and perhaps our Met Department wasn’t prepared for it.

“So far, our meteorological experts are only given local training and they didn’t have the chance to study complex weather phenomena happening outside the country. We do not offer meteorology as a subject in our universities for now. Therefore, we need more experts to ensure Malaysia is ready for future natural disasters.” – Prof Azizan, translated from Astro Awani.

However, it can’t be denied that the Met Department did publish alerts a few days before the event. While some may see yellow alerts as the least severe out of the three alerts, one should remember that they are still alerts, and something may happen. The Met Department had since stated that they will change the current color-coded alert system to words, as they feel that it may be a bit difficult to understand.

“The Met Department will change the current system to a written one, by denoting yellow as beware (waspada), orange as bad (buruk) and red as dangerous (bahaya),” – Wilfred Madius Tangau, Minister of Science, Technology and Innovation, for Channel News Asia. At least they didn’t go with marigold, amber and cantaloupe. Img from Quora.

“We can understand why despite the department issuing a statement denying that a storm will hit Penang two days after the message went viral, the public was not reassured and distrustful of the department’s message. We can understand why people would rather believe what they saw on social media rather than the Malaysian Meteorological Department,” – Lim Guan Eng, for the Malay Mail Online.

In the mean time, Penang’s independent weather alert system received an offer of support from China in the form of intellectual expertise. Since China had a lot of experience with typhoons and strong winds, Guan Eng believes that the offer would be highly valuable to Penang’s efforts in creating its own early warning system. But in terms of predicting the future, will Penang’s new system be better than the Met Department? That we will have to wait and see.