At the “Solidarity for Rohingya” assembly recently, Najib strongly condemned Myanmar for their brutal crackdown on ethnic Rohingyas in the Rakhine state. He even asked if Myanmar was blind when their gomen said Malaysia should not kacau their country’s internal affairs, citing how Myanmar ignored the ASEAN charter of upholding human rights in the region. Yes, he really did say that. Image from voanews.com & channelnewsasia.com

We gotta say, Najib’s beef with Aung San Suu Kyi is quite impressive and heartwarming, and he deserves a medal for defending Rohingyas like that. On top of his comments, other nice things are happening for the Rohingyas in Malaysia as well. Minister from the PM’s office Datuk Seri Shahidan Kassim called on United Nations High Commisioner for Refugee (UNHCR) to only issue cards to ethnic Rohingyas rather than just Myanmar nationals, and our Home Minister Ahmad Zahid Hamidi announced a pilot project to allow 300 Rohingyas to work (not a lot, but it’s something!) in plantation and manufacturing sectors.

So love him or hate him, Najib’s been pretty nice to these refugees so far – first the Syrians, and now the Rohingyas. (You can read about Syrian refugees in Malaysia in our previous article, Why is Najib suddenly bringing in 3,000 Syrian Refugees?)

But this article isn’t gonna be about them. It’s gonna be about what the media has named the ‘refugee class system’. Just last year, Al Jazeera published a feature article on how the Malaysian government treats refugees differently. And right now, it looks like Rohingyas are being treated like first class refugees too. Don’t get us wrong, it is a great move for our government to help out these people, who desperately need food on the table, roofs over their heads and education for their children. Let’s take a look at which group of refugees sit in the ‘economy class’ of Malaysia right now without the same ticket given to the higher class of refugees.

Which refugee is sitting in ‘business class’? The face when you get business class seats. Original image from maryscullyreports.com & travelingformiles.com

Okay, we don’t really mean that they flew here on business class seats (although, the Syrians did come here by plane), but here are some of the refugees who are getting VIP treatment. Though our gomen has a history of taking refugees in on humanitarian grounds, there is seems to be an underlying preference for Muslim refugees in line with the sentiment of Muslim solidarity throughout Malaysia’s history. To give you all an idea, let’s have a #throwback to the 80s 🙂

Back then, Sabah’s Chief Minister Joseph Pairin Kitingan called out on the motivation of his predecessors of purposely boosting Muslim voting population in the state, by letting a lot of Filipino and Indonesian Muslims resettle in Sabah. The Chief Minister wasn’t the only one who noticed a pattern – in fact, there seem to be a lot of academic papers and books written about it.

By 1989, the Filipino population in Sabah was estimated to be 26.9% of the total population in the state!! Home Minister of the time Ghazali Shafie justified granting Filipino immigrants the refugee status rather than non-Muslim Vietnamese refugees because:

“their presence will not have adverse effects on the peace and order of the country because they intended to go back” whereas the “presence of the Vietnamese immigrants could have adverse consequences on the country… had no intention of returning to their homeland…” – Quoted in Regina Lim’s book, Federal State Relations in Sabah (pg 114)

Mahathir also supported that statement when he said:

“there would be social disruption if the (Vietnamese) refugees got off the islands and blended with the local people.” – Quoted in Regina Lim’s book, Federal State Relations in Sabah (pg 114)

So if you don’t already know, Mahathir used to focus a lot on problems of the Islamic World ex. Palestine, Afghanistan, Bosnia and so on. At that time, Mahathir was famous for helping the Muslim people of these war-torn countries, and offering to take them into our country. Subsequently, Najib started doing the same thing. To give you a better picture, we’ve created a timeline:

So why do we call them the first class refugees? If you look at the statistics provided by UNHCR, we have so many other refugee populations here in Malaysia other than the ones above. According to their website, here’s the numbers provided as of the end of October 2016:

Now, we’re not saying that Malaysia hasn’t taken in any non-Muslim refugees… in fact, the Chin are the biggest non-Muslim refugee population from Myanmar here right now. Remember the pilot project for employment we just talked about? Yeah, although there’s a significant number of Chin refugees here as well, our gomen only announced such project for the Rohingyas. If you’re wondering, the Syrians are also getting jobs and education opportunities.

As for Bosnians, when we were bringing them in as refugees back in 1991, Malaysia had government-sponsored programme to provide scholarships to Bosnians. It was actually an awesome thing to do for refugees, to allow them to continue education. One 19-year-old student, Tarik Sehovic could benefit from this programme and eventually settled down here.

On top of that, a leaked US diplomatic cable from 2006 uncovered how local police had asked Chins to dismantle their churches after complaints lodged by local Muslim villagers. At that point in time, there were 7 camps hosting up to 1,000 of them within 5 miles of the Prime Minister’s Office in Putrajaya! Authorities have also been reported to have targeted parts of KL for arrests where the biggest number of Chins lived. And if that wasn’t enough to show you how certain refugees are treated differently, it was recently revealed that only 15% of the Kachin community in Malaysia hold a UNHCR refugee card due to “the prioritising of the Rohingya for refugee processing”.

So who are the refugees sitting in ‘economy class’, you ask? Apart from the Chins and Kachins we just talked about, these are others who are still facing the same dangers refugees have been dealing with (refer to our article on the 3,000 Syrian refugees).

These are the people who are either still lining up for UNHCR registration, or waiting for the processing of their cards by UNHCR. For some of them, even if they had those cards, they still face threats of arrest and getting sent back to their home. There are two groups of them, namely Sri Lankans and Pakistani Christians currently living in Malaysia.

Sri Lankan Tamils who escaped here are still living in the shadow of the civil war that ended in 2009. In contrast to the public sentiment for the plight of Rohingyas, we’ve also got a history of sending refugees back to their home country. Back in 2014, it took 10 days for the IGP to announce that 3 ethnic Tamil men were terrorists, and they were swiftly deported home without prior notification to anyone they knew; nor with any evidence to prove that they were actually terrorists. In a 2015 report, it was revealed that the refugee recognition rate for Sri Lankans by the UNHCR is at a mere 14% (whatttt!!). If you’re wondering, this is how the UNHCR calculates this rate here’s the formula (longer explanation in grey box): Even if they had the refugee cards, some have been arrested and deported due to accusations that they were part of the Liberation Tigers of Tamil Eelam, or have their applications denied. They also have very tiny chance of being resettled, as countries normally reject them with the impression that the civil war situation has improved. In 2009, the Sri Lankan Embassy was also reported to be forcing refugees to sign agreements to return to their home country.

Facing constant threats of arrest and repatriation, Sri Lankan refugees only have a few things going well for them: that they are less likely to be arrested as illegal immigrants here in Malaysia (they don’t look foreign), and that they may work under local Tamil employers despite having no work permits.

Things aren’t going well for the Pakistani Christian refugees here either. While some of them found steady employment through achieving business visas, there’s a lack of media reports on what the others go through here in Malaysia.

The Pakistani Christian Congress received information that the Malaysian UNHCR branch is giving “a period of a few months to Muslim asylum seekers” as opposed to keeping Pakistani Christians waiting for at least 4-5 years before they get a final interview with the organization.

The British Pakistani Christian Association also reported intimidation that the refugees felt through a fully Muslim interpreter service provided by the UN, and even recorded an allegation of blasphemy towards Pakistani Pastor Lukes Chnann who works for the Hope for Pakistani Refugees (HPR) group. Here’s a video on them:

These groups of refugees are only the tip of the iceberg of what second class refugees are facing in Malaysia. While it is proven that our gomen has shown compassion and sympathy for various groups of refugees, it is important for them to protect and recognize the ones already here as well… eh, don’t la pick who to protect macam choosing to buy Nike or Adidas, right? 🙁 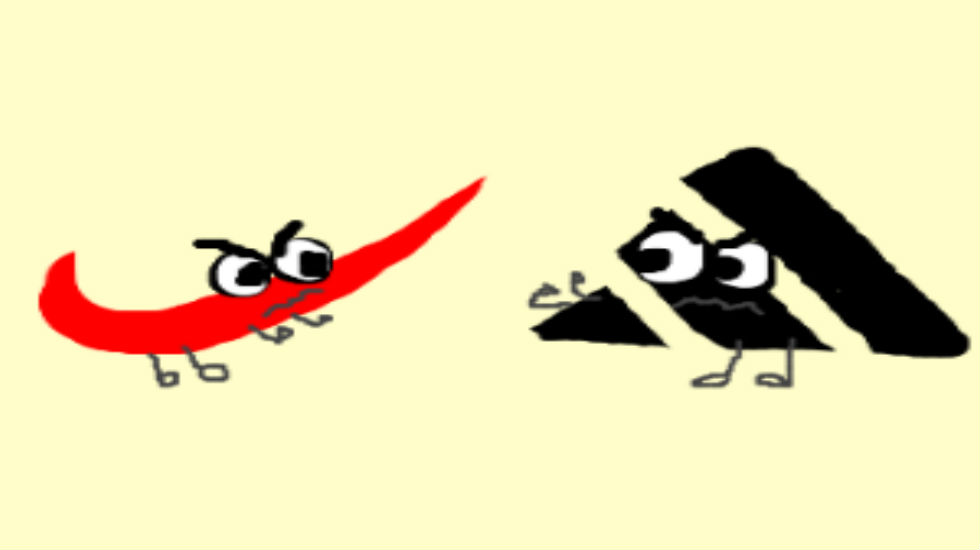 Should we turn down helpless people based on their background or how they look?

As we’re seeing baby steps being taken for Rohingyas in Malaysia right now, perhaps our gomen should enforce measures used to help the Afghans, Bosnians and Syrians previously to help out EVERY group of refugees currently fearing for their lives here.

“The regularization of refugees is an absolutely critical and sensible thing for governments to do.” – Rick Towle, UNHCR resident representative in Malaysia

We may not be a signatory to the 1951 UN Refugee Convention any time soon, but we’re already an active member of both the ASEAN Intergovernmental Commission on Human Rights (AICHR) and the ASEAN Commission on the Promotion and Protection of the Rights of Women and Children (ACWC). This makes it a legal duty for us to protect the rights of refugees and stateless persons regardless of race and religion. While we’re also signatory to the 2012 ASEAN Human Rights Declaration, let us remind ourselves of its first general principle:

“All persons are born free and equal in dignity and rights.”