Every time you check out the news, there’s often a pretty good chance that you’d see something about a law being changed or a new law being introduced. That’s because laws tend to get basi over time as society evolves – with new priorities, technologies, or even challenges to existing laws requiring the government and the courts to constantly review them. So since we’re only a few days away from a new year, we figured we’d look into some of the laws that were introduced or changed in 2016 that’ll brighten up 2017 for many Malaysians. Of course, whether a law is good or bad can be really subjective (like the National Security Council) based on your personal beliefs or even which side of the law you’re on (heheh), but we picked our list based on community feedback and how well it was received by lawmakers and politicians from both sides of the political divide.

Do note as well that the list also includes laws that were passed earlier but took effect in 2016 as well as those that were proposed this year but have not been approved yet. Click here to read more about how our laws get passed. So here are 5 laws introduced this year that will make life better for Malaysians in 2017, starting with…

1. A new law to protect children from sex predators! 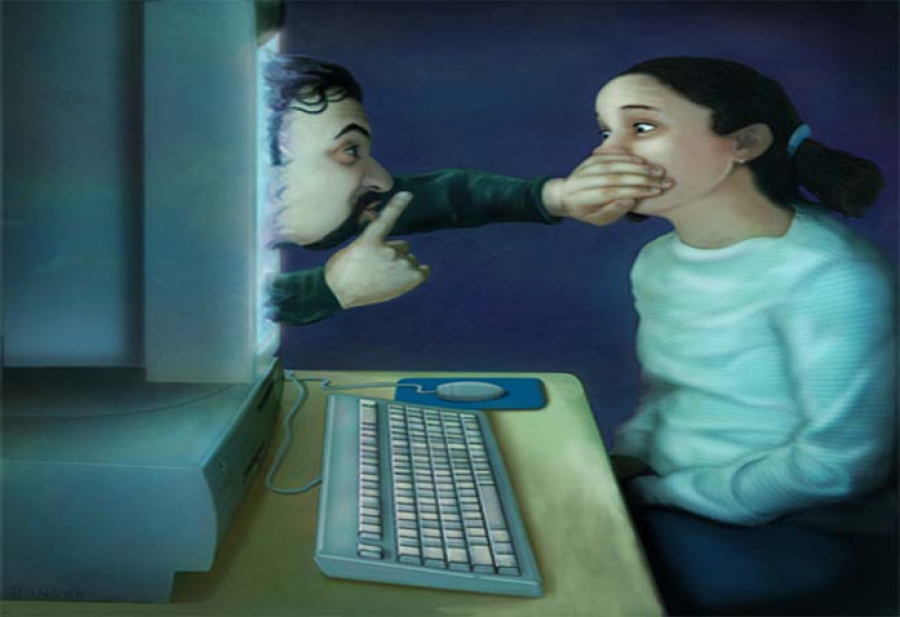 Status: Will be discussed in Parliament in March 2017

Back in June 2016, The Star’s R.AGE team brought the issue of child predators in Malaysia to public attention by going undercover and exposing the dark, disturbing world of child grooming. And no, child grooming has nothing to do with taking a kid for a haircut. Different kind of grooming.

The grooming we’re talking about here is the method child predators use to “prepare” their victims:

“It’s a process of befriending a child, and getting a child or a young person to do something that the groomer wants, and it’s usually sexual in nature…” – Dr. Prema Devaraj, Programme Consultant, Women’s Centre for Change, from R.AGE video

Unfortunately, our current laws aren’t enough to protect children from predators – especially because many of them take place online (like on WeChat). But thanks to media coverage of the issue along with lawmakers pushing for child protection laws to be improved; the government proposed the Child Sexual Crime Act which will be presented at the next Parliament meet in March 2017. This Act doesn’t only address crimes committed online, but will also recommend the formation of a special court to process the cases faster since the regular courts may take up to 8 years.

2. A law to get Malaysians to be less sampah  😛 Considering that Malaysians throw away 22,000 tonnes (or 15,000 Proton Exoras) of rubbish per day, it’s not farfetched to say that we have a pretty serious trash problem. One very common way countries are combatting their trash problems is though recycling. But the problem is that Malaysians just aren’t used to the idea of separating their trash for recycling – especially at home.

This was changed on June 1st 2016 when residents in 6 states and 2 Wilayah Persekutuans (Ugaiz know who you are) had to start separating their household trash according to guidelines set by the Solid Waste and Public Cleansing Management Act. If they didn’t, they would kena a fine and/or legal action… along with not getting their trash collected la. You can read more about this here.

On another environmentally-related note, the states of Johor, Perak, and Selangor have started to ban the use of polystyrene containers, aka the non-biodegradable white things that sound like death when you rub two together. This has already started on a limited scale, with a complete ban by January 2017 in all three states. 3. The Sedition Act is now unconstitutional…. or a part of it anyway

Status: Applicable since November 2016, but currently being challenged

We think the Sedition Act doesn’t really need too much introduction at this point since a whole lot of people have been arrested under this law, with the most prominent being Zunar, a cartoonist who holds the dubious title of being the most sedition-ed man in Malaysia – 9 charges which all came at one time! 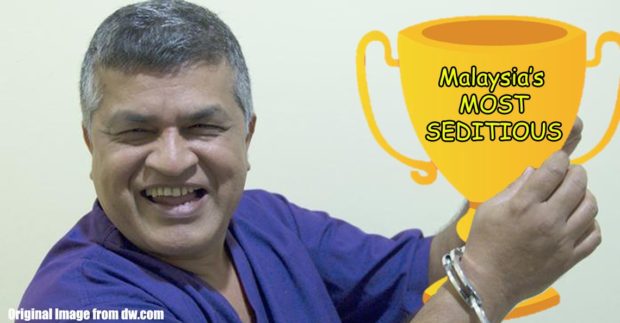 One common line of defense used in Sedition cases is the argument that the Sedition Act unconstitutional because it’s wide enough to be misused to curb freedom of speech and expression, which is guaranteed by the Federal Constitution. One particular concern is that – unlike other criminal cases – the authorities don’t need to prove you had the intention to be seditious in order to charge you for sedition… they just need to prove you said or posted it.

However, this changed when PKR Assemblyman Mat Shuhaimi’s with challenge for a sedition charge for posting an allegedly-seditious post on his blog. The Court of Appeal agreed that the whole no-need-to-prove-intention part was unconstitutional:

“We order that there be the following declaration: Section 3(3) of the Sedition Act 1948 (Act 15), contravenes Article 10 of the Federal Constitution and therefore is invalid and of no effect in law.” – Court of Appeal judgement, uploaded by Lawyers for Liberty.

This basically means that now the prosecution has to prove to the court that you intended to be seditious, and the court now also has to take that argument into account (they previously didn’t have to). But don’t go around flaunting your freedom of speech just yet! The government has said that they will be appealing the Court of Appeal’s decision.

4. A law change to stop a parent from simply converting their child to Islam

Status: Will be discussed in Parliament in 2017 In the Federal Constitution, the religion of a child (under 18 years old) is determined by their parent or guardian. While there doesn’t seem to be anything wrong with this statement on the surface, it created a legal problem when the courts had to decide if parent in this case meant singular (just one) or plural (both). They decided that it meant singular, meaning that one parent could change their child’s religion without needing the permission of the other parent.

You should read our full article about it here for full context and why this only applies to Islamic conversions, but basically it led to a massive legal lubang for divorced families, where a parent who converts to Islam may also gain an unfair advantage in getting custody of the children – especially if the children have been converted to Islam as well – plus a whole bunch of other legal problems.

In light of this, the government is patching the legal lubang by proposing a new Section within the Law Reform (Marriage and Divorce) Act which will not only require the consent of BOTH parents to convert their child to Islam, but that the child will keep the religion s/he was born in until an agreement can be reached. Of course, this only applies to families who were non-Muslim at the time of marriage la. The proposal will be debated in Parliament in 2017.

5. A “law” for employees to sue their gatal bosses If you haven’t read our article on this topic, here’s a quick low-down… While Malaysia’s current laws (the Employment Act) give some form of protection against sexual harassment in the workplace, it’s quite meh because it only requires the company to conduct an investigation, and all actions against the offender are internal – meaning that the victim can’t sue the offender in court. This changed in June 2016, when the Federal Court sided with Asmah Mohd Nor, who was sued by her manager for accusing him of sexual harassment. This was considered groundbreaking because it effectively opens the gates for sexual harassment victims to take their cases out of their companies and into the courtroom.

We should note that this isn’t a “law” per se, but a “tort” – fancy lawyerspeak to describe something that is now ‘a legal course of action’, meaning to say you can sue someone in court if it fits the requirements of (in this context) sexual harassment. We can thank the courts for this since it was the judges who thought that it was time for Malaysia to allow more avenues for harassment victims to seek justice:

“[We decided] that it is timely to import the tort of harassment into our legal and judicial system, with sexual harassment being part of it” – Tan Sri Zulkefli Ahmad Makinudin, Chief Judge of Malaya, as quoted by The Malay Mail Online.

These changes are great, but it needs to be properly enforced as well 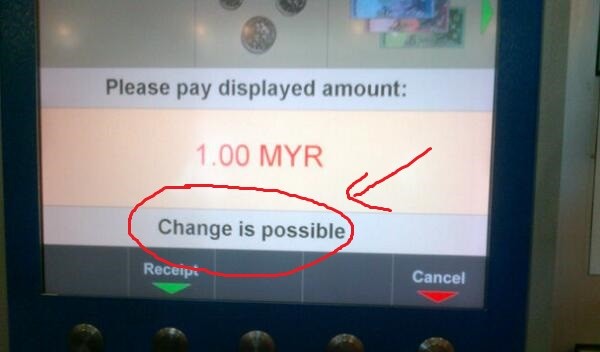 Of course, these 5 laws aren’t the only ones introduced or changed for the better over the course of 2016… there were other ones such as changes to the Companies Bill that makes it easier and cheaper for companies to run their businesses. We included these only because they were the most interesting and we’re clickbaity like that, so sue us.

However, these five alone – assuming that the ones scheduled for discussion in Parliament get passed – shows how laws can affect the quality of life for many Malaysians, and the active attempts by the government and the legal system to improve these laws most definitely deserves a thumbs up. But at the same time, many of these laws would have remained unchanged if not for the media and members of the public bringing these shortfalls into public attention – again, laws change according to the needs and progression of society.

But creating a better law is one thing, actually enforcing it properly is another. For example, the anti-grooming law would also require training for police and related personnel to professionally and sensitively manage child victims, while the tort of sexual harassment will probably involve arguments of what can and cannot be considered sexual harrassment in the future.

Either way though, having these laws is a good starting point and definitely something to look forward to in 2017  😀

Share this article:
NAH, BACA:
M'sian women tell us their sexual harassment stories - and why they kept quiet