If you start thinking of stuff that are complete opposites of each other like black and white, hot and cold, etc.; you’d eventually hit the combination of Mahathir and Lim Kit Siang. The two aren’t just seen as opposites – they’re seen as two things that can never get along, like cats and dogs or 1MDB and the Wall Street Journal.

So imagine our total complete surprise when ex-Prime Minister Mahathir and DAP Parliamentary Leader Lim Kit Siang were seen at a joint press conference for the SaveMalaysia campaign. Together. Collaborating. Heck, even Muhyiddin looked like he didn’t believe what he was seeing.

Considering that Mahathir put both Lim Kit Siang AND his son Lim Guan Eng under ISA detention for over a year back in the 80’s, you really wouldn’t be wrong in thinking that there would be enough bad blood between them to give a vampire a bad case of the lausai. Even Lim Kit Siang himself had to dispel the belief, saying:

“[I] never hated Tun Mahathir, I have never hated anyone … in politics you cannot be personal.” – Lim Kit Siang, as quoted by The Star.

We initially wanted to contribute more coverage to this campaign by writing a profile piece on Lim Kit Siang since CILISOS is an Opposition macai (not true), but as we looked into his background and political career we had to do a double take to make sure we didn’t open Mahathir’s biography by accident.

Oh and also, we’re very aware that there are probably more differences than similarities between the two but like in our article comparing Malaysia and North Korea, you’d start finding similarities if you look hard enough. So let’s start with…

1. They are both internet addicts Image from World of Finance.

We’re all familiar enough with the Multiumedia Super Corridor (MSC), which was the showcase of Mahathir’s goal to bring Malaysia a step closer to a global economy, something he outlined in his Vision 2020 uh… vision way back in 1991. But if you didn’t, you can read more on that here. Checking notifications… Image from Another Brick in the Wall.

But what we found surprising is that at about the same time, Lim Kit Siang was also proposing many ideas in improving internet reach to Malaysians. But even more surprising than that, he was also one of the grandaddies of online political campaigning in Malaysia.

Because of the strict publication laws introduced by Mahathir at the end of Ops Lalang, the Opposition turned to the internet to let their voice be heard.

“DAP adviser Lim Kit Siang was the key person behind DAP official website which started operating since 1996. Lim began embracing the Internet in the mid-90s, even bothered to learn HTML  just for his party could have its own website” – Hannah Yeoh, DAP Selangor ADUN, as quoted by Yap Sing Yeong

Today, Lim Kit Siang runs 3 regularly-updated sites and Mahathir has a massive following on his blog. Not bad for a 75 and 90-year old, considering my 62-year old father just figured out how to connect to wifi on his phone ( ͡° ͜ʖ ͡°) 2. They both have children who are political leaders themselves 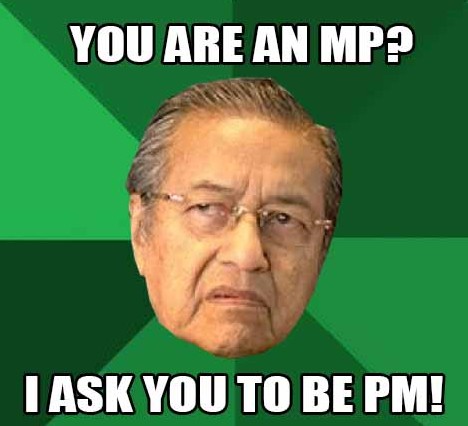 This might come as a bit of shock to you, but…

Like a family business, both have children who followed their footsteps towards a career in politics.

To nobody’s surprise, both were criticized for it as Lim Kit Siang was accused of favoring Guan Eng in order for him to take over leadership of DAP  while Mahathir was accused of trying to set Mukhriz up to be the next Prime Minister.

3. They were both politically active in school (and were journalists!) Probably not an accurate representation. Unedited image from The Heat Malaysia.

It’s hard to imagine Mahathir and Lim Kit Siang as schoolchildren now, but they’ve both stated that their interest in politics were sparked at an early age, although with different influences.

Mahathir (born in 1925) spent his formative years in the period between British rule and the Japanese invasion of Malaya, and was inspired by the fact that the Orang Puteh could lose to Asians – which was probably also the basis of Mahathir’s Look East Policy:

“What we also got, however, as a psychological burden, was the belief that only Europeans could govern our country effectively. … The war, however, changed my attitude, first of all because [the Japanese] were able to defeat the British.” – Dr. Mahathir, as quoted by HT Ong.

Realizing that he needed a higher education before he could be accepted as a political leader, he chose to study medicine in Singapore while also taking a course in journalism. This enabled him to write on Malaysian developments, especially those concerning Malay life and culture. 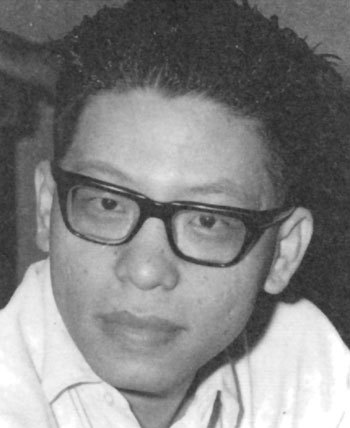 On the other hand, Lim Kit Siang (born in 1941) spent his formative years in the period of political revolution – the Cold War, anti-colonialism movements like the Bandung Conference and Malaysia’s own independence. Although he didn’t harbor dreams of becoming a politician, he was inspired enough by the Bandung Conference to take interest in political issues, even joking about setting up his own political party in Form 5:

“I remember my last year in school, 1959, waiting for our Form Five results to come out … We’d go to the deserted school at night, sit beside the longkang and yarn, and someone will say, “let’s go out into the world and form a political party”.” – Lim Kit Siang, as quoted by The Malaysian Insider.

And like Mahathir, he also worked as a journalist in Singapore, though he later got a law degree during his first ISA detention in 1969. His political career started after he joined the newly-formed DAP in 1966, where he was National Organizing Secretary (whatever that is) and editor of the party’s fanzine The Rocket.

4. Both have been accused of being dictators See below for links to the screencapped articles!

One of the traits of a leader is the unwavering confidence that he or she is always right in order to make important decisions. Unfortunately, this also means that some people will have to be sacrificed along the way.

One of the major criticisms of Mahathir’s time as Prime Minister is the way he pushed forward his ideas even in the face of opposition from his own party leaders. This firm stance led to the UMNO crisis of the 80’s (more on this later), many of his initial allies leaving (Musa Hitam) or jailed (Anwar Ibrahim) because they disagreed with him, and many other things that we’re sure you’ll remind us of in the comments:

“[Despite Mahathir’s brilliance] he forgot that in order to succeed, he needed to train leaders at all levels, most importantly, political leaders. But his personal leadership record shows that he did away with all potential leaders, one by one and in groups, and retained and trained followers.” – Musa Hitam, as quoted by Free Malaysia Today. Mahathir and Musa Hitam back in the day.

Similarly, Lim Kit Siang’s appointment as DAP’s Secretary-General in 1969 saw many founding members leaving in protest of his “dictatorial” leadership while some others weren’t comfortable with the his “radical” influence on the party, especially in the few years after the May 13 incident. The most severe of these outcomes was the resignation of the entire Penang State committee to form a new political party, while some others joined the MCA. Even today, some ex-DAP members have criticized how he makes most of the final calls when it comes to party decisions:

“Any past or present DAP member will tell you that Kit Siang loves to hear that he is DAP and DAP is him. … It has always been Kit Siang and Guan Eng’s way and it will continue to be so. Like Henry Ford said, you can have a car of any colour as long as it’s black.” – Wee Choo Kong, former DAP Bukit Bintang MP, as quoted by Free Malaysia Today.

5. Both made lasting changes to their parties Image from The Rocket.

Considering that Lim Kit Siang has been with DAP since its formation and spending the bulk of it in a leadership role, it’s probably unsurprising that many of his personal ideals have seeped into the party over the years. And if his ex-DAP critics are to be believed, the members who are left are either those who agree or are able to accept these ideals. You can read more remarks here.

It’s also been argued that his leadership led to an overall loss of confidence in DAP, leading to discussions of a party reform back in 1991 – in what was called the “New DAP“. But then again, these same critics have also said that there has actually been no change at all. But it’s here that Mahathir did a much better job… He didn’t just transform UMNO, he created a completely new one! Yep, back in 1987, something called the UMNO Constitutional Crisis happened, in which UMNO was split into two camps – one supporting Mahathir, and another supporting Tengku Razaleigh Hamzah for the role of party president.

This caused a legal drama which resulted in the courts declaring UMNO an illegal organization. Long story short, Mahathir formed a new party called UMNO (Baru) with his supporters and effectively shaping the party to his liking.

So are Mahathir and Lim Kit Siang, like, twins or something? It depends on how you look at it, actually. As mentioned way back in the beginning, you can find similarities in anything if you look hard enough. In terms of ideology and approach, they’re actually quite different. However, it’s in character traits that they show the strongest similarities – both are determined, charismatic, and confident enough in themselves to think that their way is the best way.

In other words, getting them to work together is like pulling teeth from an elephant. We don’t know what it’s like but it sounds hard. So it’s got to take something really important, something big enough for them to put aside their personal and political differences to work together for a common goal – to save Malaysia.

“This is not a realignment of political forces but an alignment of Malaysians to save Malaysia. That’s the more important aspect. I urge all Malaysians to put the nation above anything else.” – Lim Kit Siang, as quoted by The Malaysian Insider.

“I am not campaigning with or for Umno, I am campaigning for the citizens in this country to remove Najib.” – Mahathir, as quoted by Malaysiakini.