On January 7th, three heavily armed gunmen stormed the office of French satirical magazine Charlie Hebdo. Their siege left 12 dead, including the magazine’s editor, artists, and a police officer. It’s widely believed that the attack was in relation to the magazine’s publishing of comics depicting the Prophet Muhammad in…. well, actually just depicting the Prophet Muhammad. This is because most Muslims regard any depiction of the prophets as a form of idolatry and therefore blesphemous.

The incident has also prompted many discussions about free speech, religious extremism (the gunmen were Muslim), solidarity movements, and many many pictures of pencils and AK-47s. But this article isn’t about any of these.

Y’see, for some of us on the publishing side of things this hit a little closer to home, and we’ve had some colleagues who were quite distressed by the news:

Screencap of conversation with another Cilisos writer

And even this writer has been asked about it by friends: 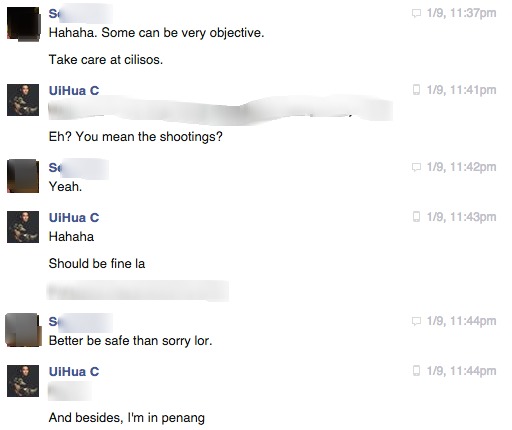 Last sentence will probably get me fired.

To a certain degree, we were a little disturbed that people would compare us to Charlie Hebdo.

We kept telling ourselves that we’re an ikan bilis site not worth wasting bullets on, and besides, we highly doubt that something like that would happen in Malaysia….. aaaand then we heard defense minister Datuk Seri Hishammuddin Hussein say that such an attack could happen in Malaysia.   😯

This led us to start thinking: What would happen IF a Charlie Hebdo attack happened on Malaysian soil?

Because we realize that the core of this is still a sensitive topic, we created a FICTIONAL scenario which will involve the CILISOS office and a completely made up extremist group. Because we feel this might be an issue, we’ll just say it first: we’re making the scenario ridiculous on purpose not to make fun of the situation but so we don’t offend any sensitivities.

Also, because we don’t want to speculate on reactions and sensationalism, we’re approaching our conclusions from a legal aspect. We contacted our favorite ponytailed lawyer Fahri Azzat as well as Eric Paulsen from Lawyers for Liberty for help.

So again, the scenario is made up but the facts are completely real. Upstart website CILISOS publishes an article making fun of Chris Evans. This offends the Passionately Ecstatic About Chris Evans (PEACE) group, a bunch of militant Chris Evans fans. PEACE members decide to defend Chris Evans’ honor by storming into the Cilisos office which is totally not in Kelana Jaya with automatic rifles and shoots up the place yelling “CHRIS EVANS FOR LIFE!!!!!”. Dashing writer UiHua is gunned down for writing the article. After a manhunt, the gunmen responsible are caught and arrested.

So what happens first?

FIRST, Authorities have to decide if it’s Terrorism or Murder.

Eric Paulsen tells us that it’s up to the Attorney-General (AG) to decide what to charge the suspects with based on the evidence as well as which is more likely to secure a conviction.

Because guns were used, they would for sure be charged under Section 3 of the Firearms Act for discharging a firearm (Punishment: Death) and Section 8 for unlawful possession of firearms (Punishment: Up to 14 years in prison + minimum 6 strokes of the rotan) in all the outcomes. We’ll go into further detail below cause we’re going to go into law stuff first. Here’s how that could pan out. But first, some disclaimurz! –

Kewl!? Awright, so here are the 3 possible fates of PEACE (which, once again stands for the Passionately Ecstatic About Chris Evans) This one’s pretty straightforward – the AG decides that the killing of dashing writer UiHua was an “intimate” occurrence (meaning that killing him was the only objective) and not part of a grander scheme to cause terror to the general public. They would be charged under Section 302 of the Penal Code for Murder, of which the a successful conviction would result in the death sentence.

Outcome #2: PEACE members are charged with committing a TERRORIST act 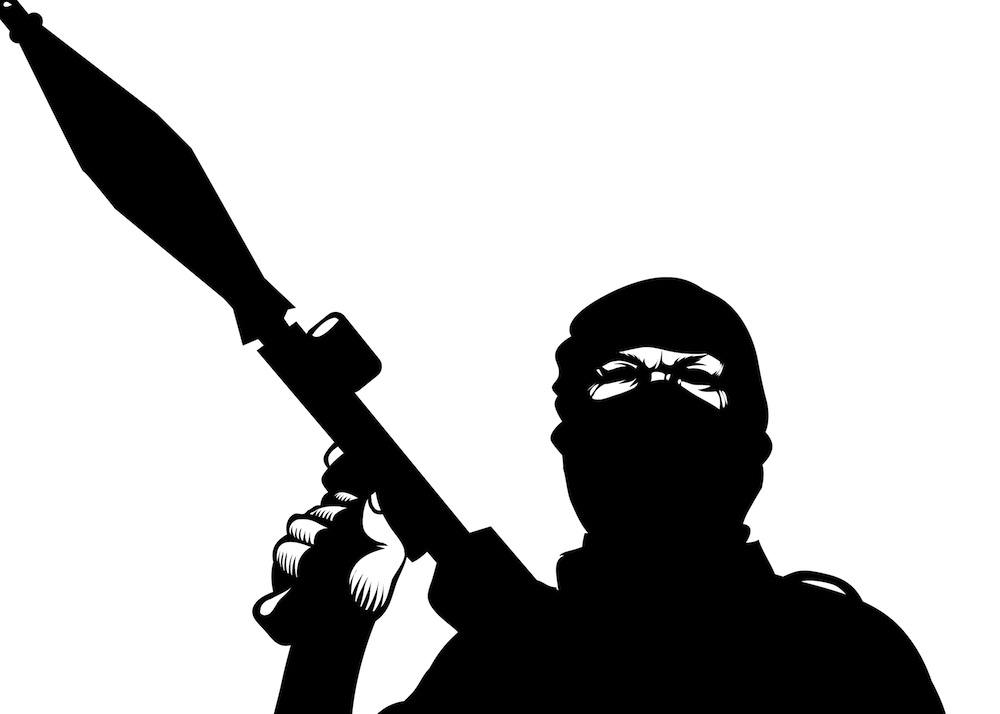 The AG (that’s the ATTORNEY GENERAL #yeswegotitrightthistime) decides that the storming of the Cilisos office and the killing of dashing writer UiHua is part of a overall scheme by PEACE to send a message to the public that Chris Evans is the one true celebrity heartthrob and those who disagree might also meet a similar fate!!

The storming of the CILISOS office is also a public act (versus, say, breaking into UiHua’s home and stabbing him) against a publication in the public sphere, perhaps with the intent to warn other publications against publishing anything that mocks Chris Evans.

BTW The official charge for terrorism in Malaysia is Section 121 of the Penal Code: Waging or Attempting to Wage War Against the Yang-diPertuan Agong or a Ruler. An amendment was added specifically to address terrorism in 2012.

The gunmen might also face the following charges (and punishments) depending on who their crime was aimed at:

NAH, BACA:
What are the authorities trying to do by arresting Nurul Izzah?

Against the Gomen (Section 124b) This doesn’t really suit our scenario as it involves the prevention of a member of parliament or state body from conducting their duties, but maybe for other cases la. e.g. bombing a government building, or shooting a member of parliament. Punishment: Up to 20 years imprisonment

Against the Peepur (Section 130c) – An act to advance a cause, to intimidate the public, and/or to influence the decisions of the government or international organization. This applies even to those who indirectly commit a terrorist act. Punishment: Prison term between 7 – 30 years and a fine if nobody died, and a death sentence if someone did.

Outcome #3: This scenario is impossible cos we gotz the SEDITION ACT YO! In all possibility, this is the most likely outcome since the Sedition Act would ensure that PEACE would only need to file a police report in order for dashing writer UiHua and/or extraordinary editor Chak to be picked up for investigations. The post would be taken down, and CILISOS would think twice about publishing anything that would offend Malaysian sensibilities. Or go out of business like The Star did, for oh say… 6 months.

And yes, it’s not even a question of how PEACE would get guns in the first place; which by the way is quite easy as they get smuggled in from Thailand.

Wait, does this mean that the Sedition Act prevents an event like Charlie Hebdo from happening?

Well… actually, yes it does.

Just as how SOSMA and the proposed new terrorism laws would prevent people from doing terroristy stuff in Malaysia. If you think about it, it makes sense. For the Sedition Act, if everyone triple-checks what they say to avoid offending people and those who do get in trouble with the authorities, nobody will offend anyone. 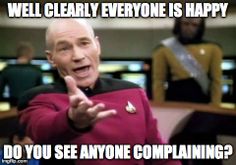 Similarly, the NEW Anti-terrorism laws mentioned earlier will now allow the cops to arrest or detain someone before a crime has been committed. Eric Paulsen says this would allow looser conditions that won’t normally be allowed in court to be used. For example, there may not be a need to present evidence (because the crime hasn’t happened yet) and, because informants and wiretapping may be used, no one will know exactly how reliable the evidence is. Essentially, some are claiming it’ll be an ISA Tambah Pedas.

But hey! That means all we gotta do is keep quiet, and writers get to LIVE! 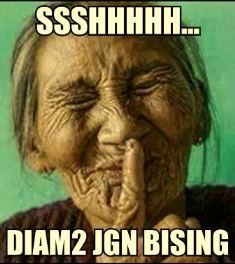 We tried to look for stats on writers who have been killed because someone didn’t agree with what they said. Not including those killed in the course of their job like in warzones n stuff, what we found was that there really aren’t that many. In fact, from the Google results, we’re quite tempted to think that it’s more likely for writers to kill themselves than to be killed by someone who didn’t like what they wrote. So maybe, just maybe we’re looking at it the wrong way.

The truth is, anyone can piss anyone off. A cheating husband to a wife, a poor man to his debt collector, or simply just a friend misunderstood by a friend. 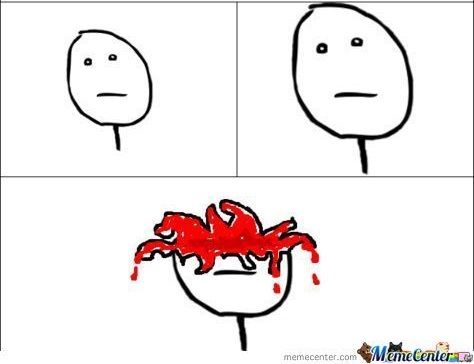 So maybe, instead of having laws preventing us from saying what we need to say, we should instead depend on these laws to allow us to say it and to take individual responsibility for our words.

Then again, in case you’re wondering why the name Eric Paulsen is so familiar, is because we found out late yesterday barely a few hours after our phone interview, that Eric Paulsen was arrested for sedition, joining many others who have been charged over the past year. From The Rakyat Times. Click to read the full article.

Hmmm. It seems the decision for whether or not we want to talk might have already been made for us.

To find out more about the Eric Paulsen situation, and how you can get involved, check out Lawyers4Liberty.