No one in Malaysia will argue that 2014 has been one of the most trying years in our nation’s history, with tornadoes, floods, haze, downed flights, scandals, dengue and literally every wrath you can possibly imagine. So immediately after the massive (dare we say biblical?) floods of last week, we get news that yet ANOTHER flight has gone missing from AirAsia, who can blame anyone for thinking that it’s a Malaysian plane?

AirAsia Indonesia regrets to confirm that QZ8501 from Surabaya to Singapore has lost contact at 07:24hrs this morning http://t.co/WomRQuzcPO

Except that it’s actually Indonesian owned, as a few fans pointed out on the CILISOS Facebook page.

DESPITE being in a country not particularly known for handling crisis’ well, despite not being directly responsible and despite owning only a 49% share in the company in AirAsia Indonesia, Tan Sri Anthony Francis “Tony” Fernandes  stepped up to the plate to handle the situation. And to us at least, he did everything absolutely perfectly.

1. Respond quickly, and with real actions.

Barely an hour after the incident was announced via AirAsia’s own twitter, Tony managed expectations before they happened. That they would have another statement soon. 3 hours later, Tony was on a flight to Surabaya, with clear intentions of exactly why he was doing that. 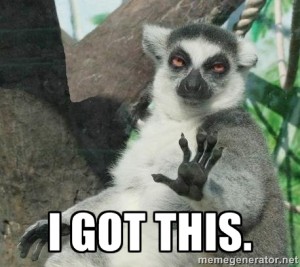 (he also indirectly told us he’s too manly for AutoCorrect)

Which are apparently the sexiest 3 words a man can say to a woman. And the world listened.

Several newspapers and sites also started covering him in a very flattering light. Compare that to what happened earlier with MH370 this year, where no one knew what was happening, and PM Najib’s first statement a full 9 hours after the incident basically didn’t tell us anything.

Our PM’s came in another 3 hours after MAS’s first statement, which was 6 hours after the plane was lost and didn’t tell anyone anything. The first official statement came 170 hours later.

Having said that, the Government handled MH17 much better, with responses almost within minutes of the first news reports.

2. Don’t put the blame on others 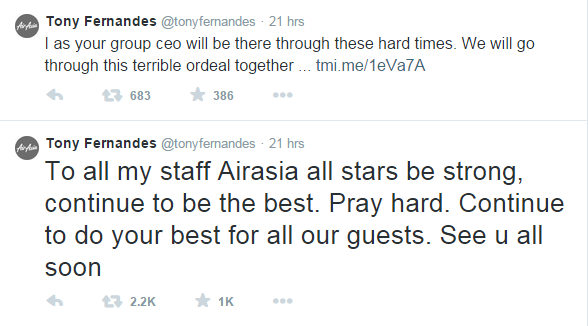 Sadly, Blame-Culture is a big thing in Malaysia. When someone screws up, everyone points fingers. We saw it all earlier this year when they were deciding who lost MH370, and we see it everytime there’s a big issue that everyone wants to wash their hands of. In the case of QZ8501, it would’ve been quite easy to blame his Indonesian partners since they were the majority shareholders. Or the airport. Or the weather. Or traffic.

However, Tony is known to ALWAYS step up. Even earlier this year when some idiot thought it’d be smart to publish this… 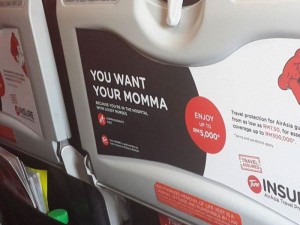 And it’s not like Tony approves EVERY AD that goes out, he still took responsibility for it.

“It is a stupid advertisement and I have taken it up with AirAsia’s chief executive officer Aireen Omar who informed me the advertisement will be removed. We have set up additional controls to ensure that this is not repeated.” – ‘Tony Fernandes Calls “Lousy Nurses” Tune Insurance Ad “Stupid” As He Offers His Apology’ Tony Fernandes, SAYS.com

And yet, he never let anyone know which agency was the one responsible.

3. Tell people where to find information so they don’t have to look for it themselves

If there’s one thing we’ve learnt this year, is that rumours spread faster than facts. Remember all those MH370 hoaxes? Also, when you fail to inform people well enough, they’ll look everywhere and sometimes they’ll find other stuff – like those corpse images from MH17. Right from the get-go, AirAsia started posting up all their official statements on where the most eyeballs would be. No, not the newspaper, but their Facebook page. Already, they’ve released

And so far, it’s working. Even when people occasionally ask for things on their social media, someone steps in to defend them.

We’d say in all fairness, the social media response has been in AirAsia’s favour.

4. Be sincere and transparent 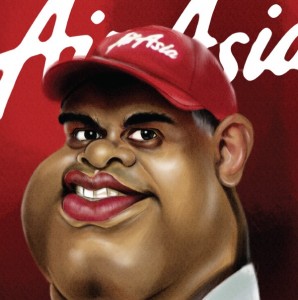 Note the language. It’s strong, and yet it’s meant to connect with people – to make them feel that he cares. Of course, Ol’ Tony is a social media regular (and we’re sure he learnt a thing or two from the earlier MAS blunders). He knows how it works – which is in a broader sense, how humans work. There is no ‘PR spiel”, no complicated language, no nothing-statements. And you can try to copy this method, and yet you might still do horribly.

There’s a study here about doctors that show that going to the docs is a very stressful activity, not unlike losing a loved one. As such, the subjects are very emotionally vulnerable, and usually don’t react well.

“Doctors are often thrown in awkward and emotional situations, especially when they have to deliver bad news to the patients. They can help resolve that awkwardness by showing empathy.” – ‘Physicians Urged To Show More Empathy”, Livescience.com

But how do you simulate empathy!? Easy. Don’t simulate it.

The thing about Tony is that he tweets from the heart (although we’re sure that it goes through a pretty darn good corporate filter in his head). This is why every so often, he’ll unexpectedly reply a tweet, and the result of that will usually just make everyone go AWWWWWWWww.. And because his intentions are good, he’s built alot of good will over the years. He says what he means, and he means what he says. So regardless of the outcome of the QZ8501 flight, people will know that Tony really did try his best.

I’ve personally met the guy before (shortly after the Nurse Ad incident), and I told him that I truly admired how he didn’t even name the ad agency he worked with on the ad. Someday, when you retire from AirAsia and run for office, you’ve got my vote 🙂